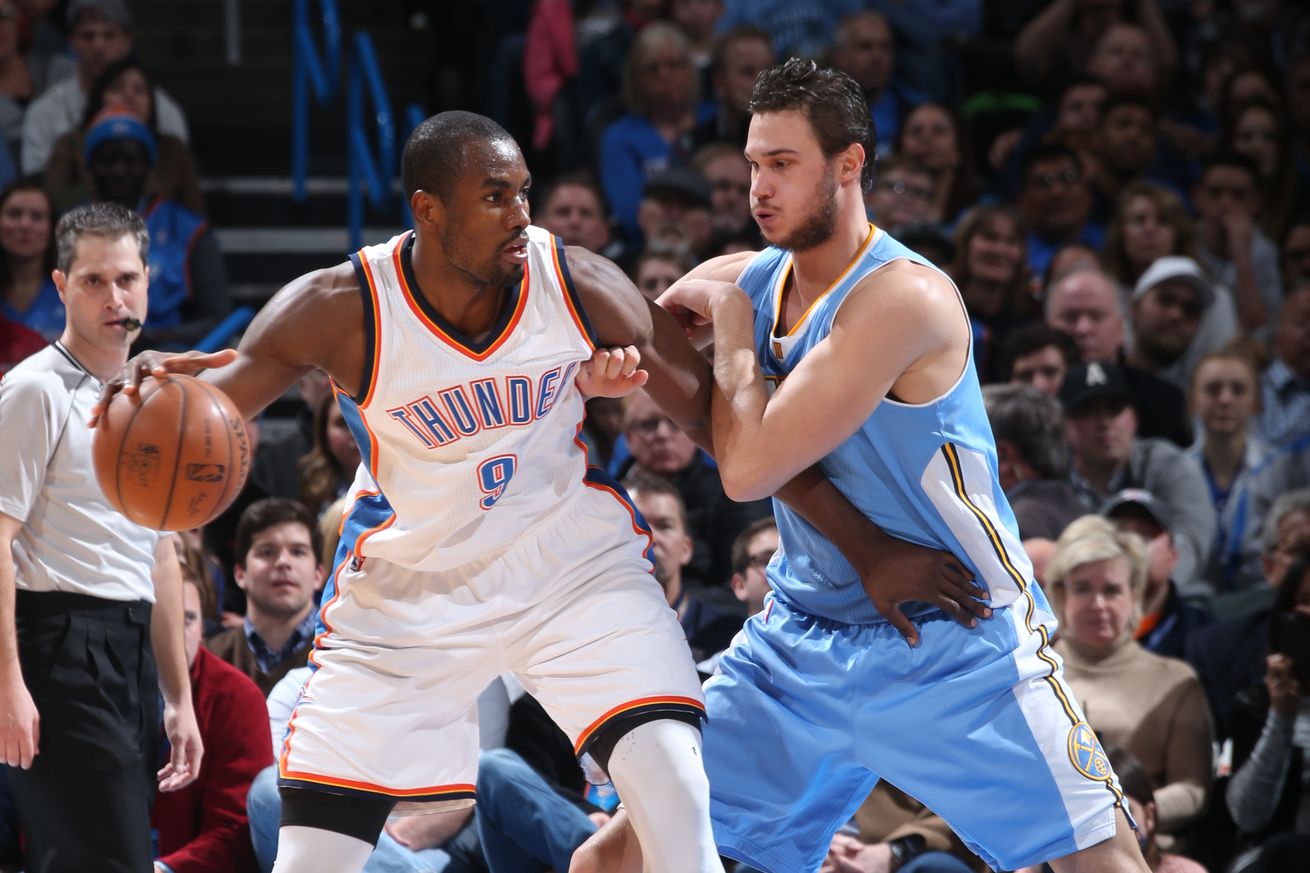 With Chris Paul in the fold, the Phoenix Suns will make the playoffs next year if they round out the roster with the right veterans.

Chris Paul is a Phoenix Sun. It’s true. That actually happened. And for the first time in I don’t know how long, if ever, an All-NBA player (current, not years ago) forced his way to Phoenix to play alongside Devin Booker.

Thank your lucky Bubbles, Suns fans. That actually happened, just as our friendly neighborhood Flex said it would.

What comes next? A little tweaking of the roster over the next week — including the Draft on Wednesday and free agency starting Friday — followed by training camp in two weeks! Along the way, we will get a finalized NBA schedule… and there’s every reason to believe the Suns are back on the national schedule. Maybe even on Christmas Day. All thanks to Devin Booker via Chris Paul.

The Suns are going to be projected as a playoff team. The skeptics will slot them in the lower half, say 7th or 8th, based on the Suns lack of recent track record. The optimists — buoyed by Paul’s Thunder impact and the potential of Booker nailing winners in big games — will slot in the home-court advantage race, say 4th or 5th seed.

Take a breath. It’s true, and we just need to ready for it. The Suns are going to start winning more games than they lose again. Possibly by a lot.

And it’s time for Suns fans to rejoin the land of the living and act like you’ve been here before. Most of you have, but it’s been a loooonnnnggg decade. That requires a change in thinking. Away from every transaction being a window to the long-term future. Away from building a team from the ground up with kids who will someday become men. Away from counting on 19 year olds to play well for 30 minutes a game as a rookie.

We are not in a Timeline anymore. The time is NOW.

The Phoenix Suns franchise has not traded for a player coming off an All-NBA season in nearly 30 years (Charles Barkley, 1992). No, this is not the same exact thing. These Suns are not poised to win 62 games and make the NBA Finals. That pre-Barkley 1992 Suns team was full of veterans and All-Stars before he arrived, had made three Conference Finals in five years and just needed to find that missing link — an All-NBA talent with an attitude and alpha mentality to will them to the Finals.

These Suns are not those Suns.

Yet, these Suns are relevant again and should be expected to fight for home court advantage in the 2021 playoffs. Remember those long gone days of fretting over playoff matchups, lamenting every early-season loss as a bad omen to having to play a crucial game seven on the road?

I believe those days are back.

And there are some parallels to the Charles Barkley acquisition all those years ago. New(ish) arena. New (alternate) uniforms. And now a new alpha-dog leading the charge onto the national stage. Those Suns were good, but not GREAT until Barkley arrived. These Suns are almost-good and would have been picked for the 7-10 play-in tourney next summer, but now will be projected by most to be much better than that.

The roster is still young. Outside of Chris Paul, who will be 35 this season, none of the regulars are over age 26. The core is 24 and under.

Now the Suns need to round off the roster with vets who will help enforce Paul’s message of focus and playing the right way, every game, every possession. Booker knows how to do that.

How do the Suns fill out that roster? Read on.

Completing the Paul trade on Monday, which brings back more salary than they sent out, indicates the Suns are going into the new season as an OVER THE CAP team.

Well, for starters it means less money to spend on free agents.

Like 25 other teams — including ALL of the playoff-level teams — the most the Suns can spend on any one free agent is the mid-level exception (about $9.3 million in year one, up to 4 years with up to 5% raises). They will also have access to the bi-annual exception, which can be up to a two-year deal starting at about $3.6 million.

No more big-time cap room. No more exclusivity on the market. No chance to fill the power forward position (Christian Wood or Jerami Grant or Davis Bertans) with the lure of long-term guaranteed deal. Could one of those guys take a mid-level deal to play with the Suns? Of course they could. But they won’t, and you wouldn’t either. They’re going to get bigger offers from other teams as well as their current team.

Aside from the rookie the Suns get out of the Draft on Wednesday, the acquisitions from here on out will almost certainly be older guys — age 27+ — and that’s okay.

The Suns will still have a young rotation with a long window of contention. Booker, Ayton, and Bridges are 24 or younger. And the supporting cast — Johnson, Cameron Payne, Jevon Carter and Dario Saric — are all age 26 or younger, not to mention the first round pick. NBA players generally peak from age 26-29.

Italics: non-guaranteed deals, but rumored to be staying with the Suns

Dario played very well in the Bubble as the primary backup to Ayton when Aron Baynes was unavailable due to prolonged recovery from contracting COVID, so I am listing him as the backup center.

Strong indications are that Baynes and Frank Kaminsky won’t be coming back next season, but that Dario, Cam and Jevon will. What actually happens… well, that remains to be seen. But those are the indications we are hearing.

If the rumors are true, then the Suns are woefully short on the front line right now, with only two big men projected to make a four-big-man rotation. Could Cheick Diallo return? Sure, as an insurance policy against multiple injuries. He’s got a team option at the minimum. But that’s as a the fifth big, not third or fourth.

Filling out the roster

The Suns clearly need a couple of bigs if they’re going to replace Frank and Baynes, who Gambo says are both gone. (Not sure why they won’t just bring Baynes back, since they have his Bird Rights and can sign him to a market rate offer. But Gambo says they won’t, so I guess they won’t.)

The Suns have two good-sized free agent exceptions — $9.3 mil MLE and about $3.6 mil BAE — and the following trade chips:

The last two are potentially much better than the others.

I expect James Jones will use Draft Day as Trade Day again. A year ago, he executed a veritable plethora of deals on draft day that resulted in subtracting T.J. Warren, the 6th overall pick (Jarrett Culver) and Milwaukee’s 2020 first round pick for Dario Saric, Aron Baynes, 11th (Cameron Johnson) and 24th (Ty Jerome).

What will happen this year on Draft Day?

I expect James Jones to use the 10th pick and Frank’s $5 million team option (they can trade it if they guarantee it) to move around the board and come out with the rookie or two they want anyway and a veteran replacement for Frank on the front line.

Who will that be? I have no idea. It never crossed my mind to predict Dario, Aron, Cam and Ty last year, so I’m not going to guess wrong again lol.

But the outline IS there if you want to do the research:

So, I’d guess the Suns will come out of Draft Day with 2 or more new players, and a subtraction of Frank, and maybe even Elie or Cheick if that helps close the deal the way Ty and Jalen did on Monday.

And then on Friday night or Saturday, someone will take that mid-level exception (not a Klutch client) to join Chris Paul and put a big smile on your face. I know Gambo shot down a number of popular names, but in this depressed market we will see some very good players taking that midlevel to sign with the team they want.