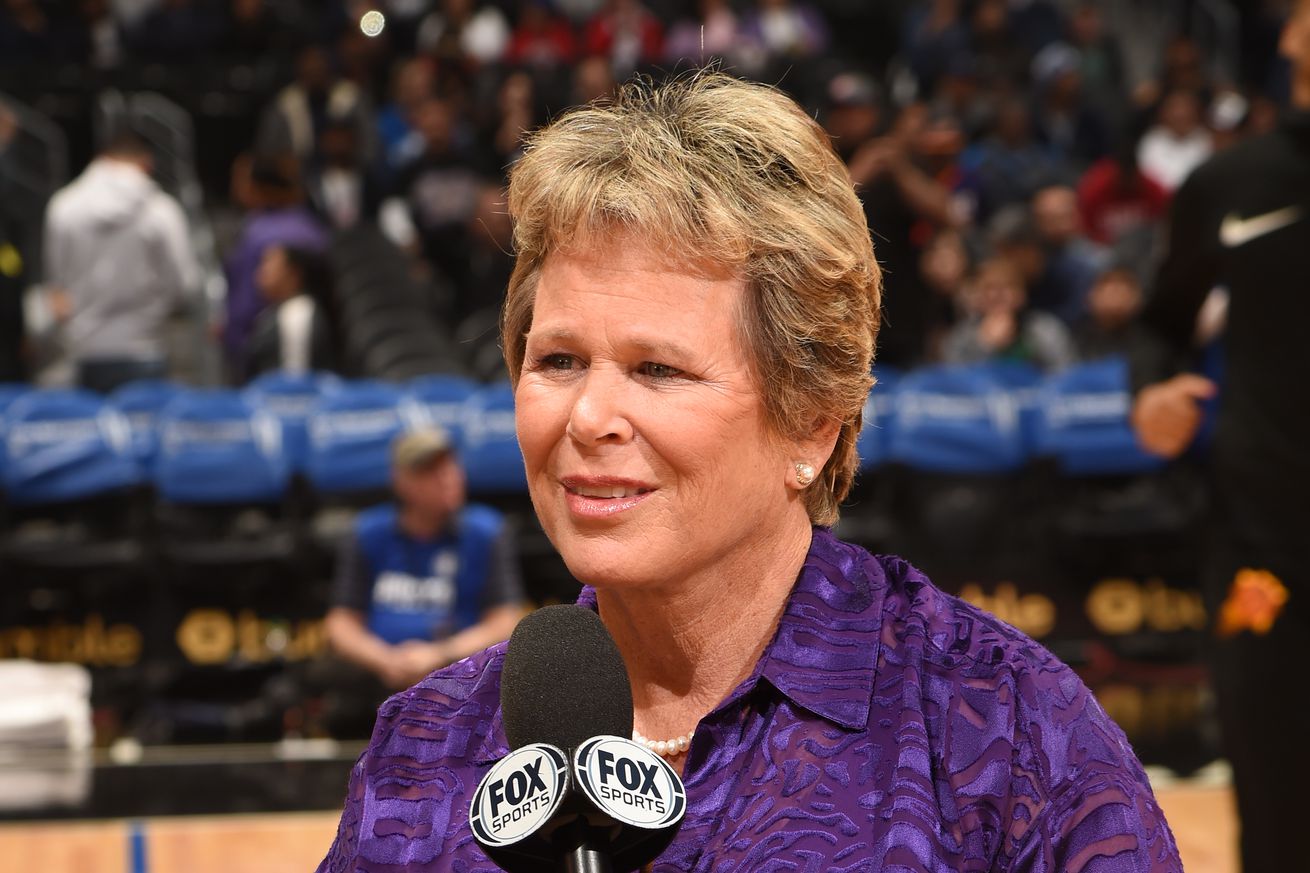 Ann Meyers Drysdale and Paul Westphal will be honored with Phil Mickelson, Andre Ethier, Joe Caldwell, Roland Hemond, and John Bridger. Bridger earned the distinction via public vote. All others were selected by the Hall of Fame trustees.

Nominees must satisfy one of three requirements to be considered for the Arizona Sports Hall of Fame: native of Arizona; immediately recognized as an Arizonan; at least two significant contributions to athletics in Arizona.

Meyers Drysdale was a color analyst for Suns broadcasts from 2012 into 2018. Before working in Phoenix the hoops legend constructed a career of ‘firsts.’ Meyers played ball at UCLA and was the first woman, at any university, to receive a four-year athletic scholarship. While with the Bruins she recorded the first quadruple-double in NCAA D-1 history. She was the first four-time All-American women’s basketball player. She was the first woman to be inducted into the UCLA Athletics Hall of Fame and one of the first four to have their basketball jersey retired by the Bruins.

She was the first woman to earn a tryout with an NBA team, after signing a tryout with the Indiana Pacers. In 1978 she was the first player drafted by the Women’s Professional Basketball League, selected by the New Jersey Gems. In 1999 she was inducted as a charter member into the Women’s Basketball Hall of Fame. She’s racked up three gold and three silver medals in international play, and in 2007 was part of the inaugural FIBA Hall of Fame class with Bill Russell and Dean Smith.

Paul Westphal’s time in Phoenix began in 1975 after he was traded from the Celtics to the Suns. Westphal helped lead the team to an NBA Finals appearance against Boston in 1976. After five seasons with the Suns he was traded to the Seattle SuperSonics, then spent time with the New York Knicks, before returning to Phoenix and retiring in 1984.

Westphal concluded his playing career has a five-time All-Star, three-time All-NBA First Team selection, and was named to the All-NBA Second Team once. He is the fifth all-time leading scorer in Suns history. His jersey has been retired and he is a member of the Suns Ring of Honor. He was inducted into the Naismith Basketball Hall of Fame last year.

Immediately after retiring as a player, Westphal embarked on a coaching career that began at Southwestern Conservative Baptist Bible College, now Arizona Christian University, in Glendale. Grand Canyon University followed, before he earned a job under Cotton Fitzsimmons with the Suns. In 1992 Westphal took the reins from Fitzsimmons and guided Phoenix to an NBA Finals appearance against the Chicago Bulls.

In ten seasons as a head coach, Westphal has won nearly 600 games with the Suns, Sonics, and Kings. He also coached the Pepperdine Waves of the West Coast Conference from 2001-06, reaching the NCAA Tournament in 2002.

The seven inductees will be honored April 23rd at the Phoenician Resort in Scottsdale, Arizona.