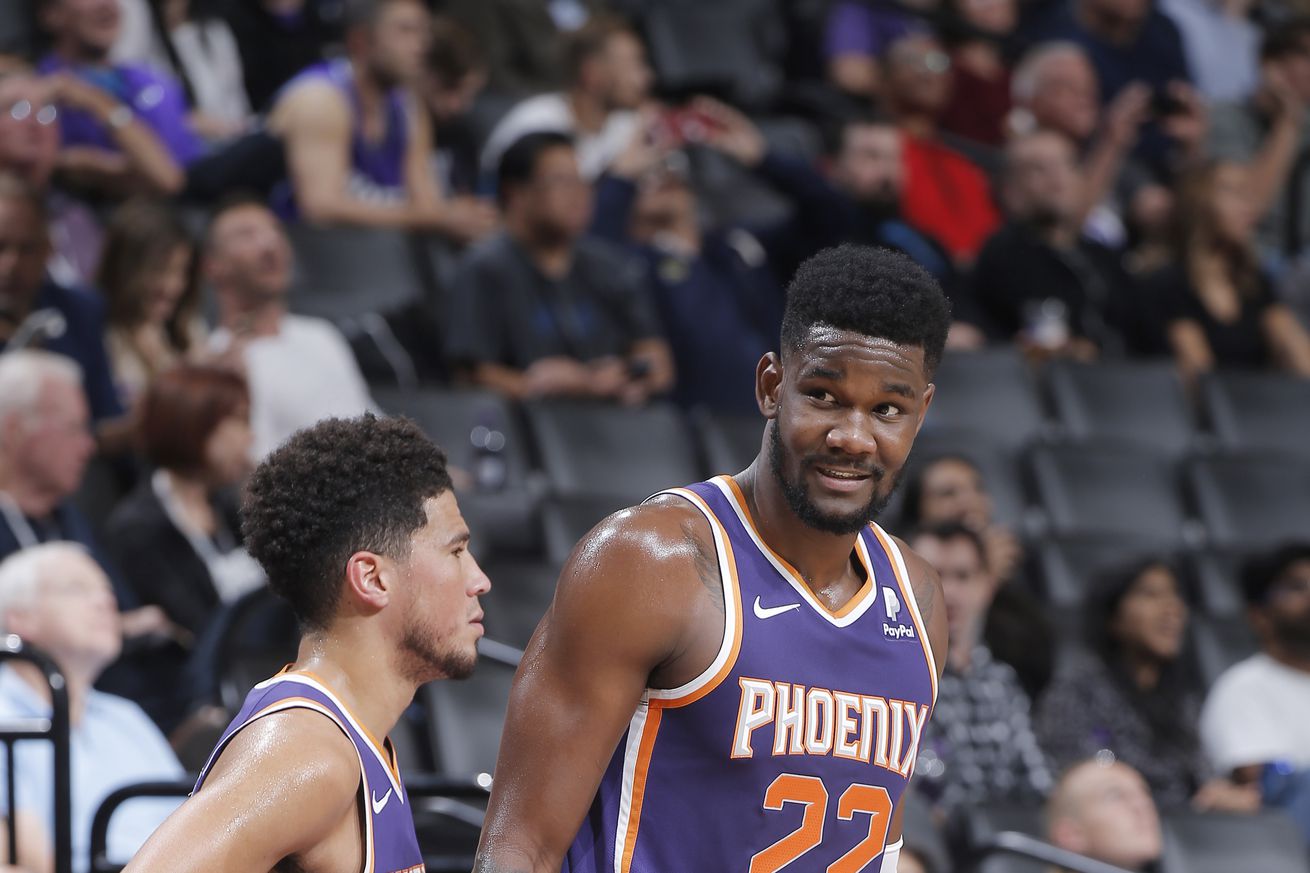 Suns fan made a bet online, and now he has to decide how to pay up

Before the Bubble Games started, Suns fans all over the internets showed their unique brand of fandom in interesting ways.

Some needed a bit of mental coaxing to get back into the basketball mood.

Okay I just thought of Rubio dishing to Ayton for a hard finish over the diseased frenchman and now I’m suitably enthusiastic. https://t.co/m6SBiTpFBc

Some spent money to add new items to their merch pile.

Another purple hat to add to the collection and I’ll be maskin in @Suns style pic.twitter.com/0bsutensmi

But then there’s the ones who go a little too far. Sometimes a bold claim made in jest becomes a claim you — at least for a moment — wish you’d never made.

screenshot this. if Deandre Ayton makes a 3 pointer in Orlando I’ll get a DOMINAYTON face tat. no cap

The immediate replies were responsible appeals to Andrew’s common sense.

Lots of folks ‘liked’ the tweet, of course. Many more chuckled at the imagery. It’s not THEIR face, so why worry? But few thought diehard Suns fan and parttime music-maker Andrew Lozoya (known online as @AndrewLeezus) would have to go through with it!

But two minutes and 29 seconds into the second half of the very first Bubble Scrimmage, Deandre Ayton took the inbound pass in the left corner and, without hesitation, raised up and launched a three that dropped through the net.

– Deandre Ayton nails a three in the corner over Gobert pic.twitter.com/3ZhVN569bs

Clearly, that’s an after-timeout call made by the coach to get Ayton the ball on an easy catch and shoot. No thinking. No other necessary options or backup plans. Just slide to the corner. Catch. Rise. Shoot. BANG.

After more than a year of speculation, the former No. 1 overall draft pick of the 2018 Draft finally took a three in the flow of the offense and made it look like he could launch those things all day long.

The internet was rightly fired up.

AYTON HITS HIS FIRST NBA THREE POINTER THIS IS NOT A DRILL pic.twitter.com/qbAQtQbwCK

Ayton has been working on that three all the past year, and the coaches can see it. When they first started coming back for the NBA Restart, Ayton confidently said he’s been “shooting that three ball like a middy”.

Coach Williams has been impressed with Ayton’s efforts.

“He’s getting more arc on his shot, he’s getting more diligent about getting a lift with his legs,” Williams said earlier this week. “I’ve always told guys, if you work on something with intention, you should do it in the game. So I want him to have confidence to do that.”

Now Ayton’s got a real, game-flow three under his belt. Time to start making this a habit.

Meanwhile, young Andrew Leezus has a big decision to make. Made even bigger by the fact that the whole sporting world knows, since the Suns themselves, ESPN and Bleacher Report ALL picked up on the challenge.

No way did I just get this notification LMAO…I’m dead. pic.twitter.com/V0D8AiWMkq

Local beat reporter, and former Bright Side contributor, Kellan Olson interviewed Andrew to check his mental state over this dilemma.

“It went from joy to like anxiety,” Andrew said to Kellan, thinking of having to live up to the bet.

Read this excellent piece! I’m not sure anyone could have done a better job of introducing us to Andrew, reminding/telling of Andrew’s background and connection with the team. You’ll know the whole story.

.@AndrewLeezus tweeted that he is going to get a face tattoo that reads “DOMINAYTON” if Deandre Ayton makes a 3 in Orlando.

Deandre Ayton made a 3 in Orlando.

I spoke with the man himself to find out: https://t.co/Ya5KxIpiJ0

Bottom line: Andrew might get a temporary tattoo, and has asked Kelly Oubre Jr. to help him design it. He feels like he has to do SOMETHING, since the nation knows about the bet, and even NBA players have noticed. Even Suns star Devin Booker was giving him crap over it during a post-game session of Call of Duty they played together online.

Can’t wait to see it, Andrew!