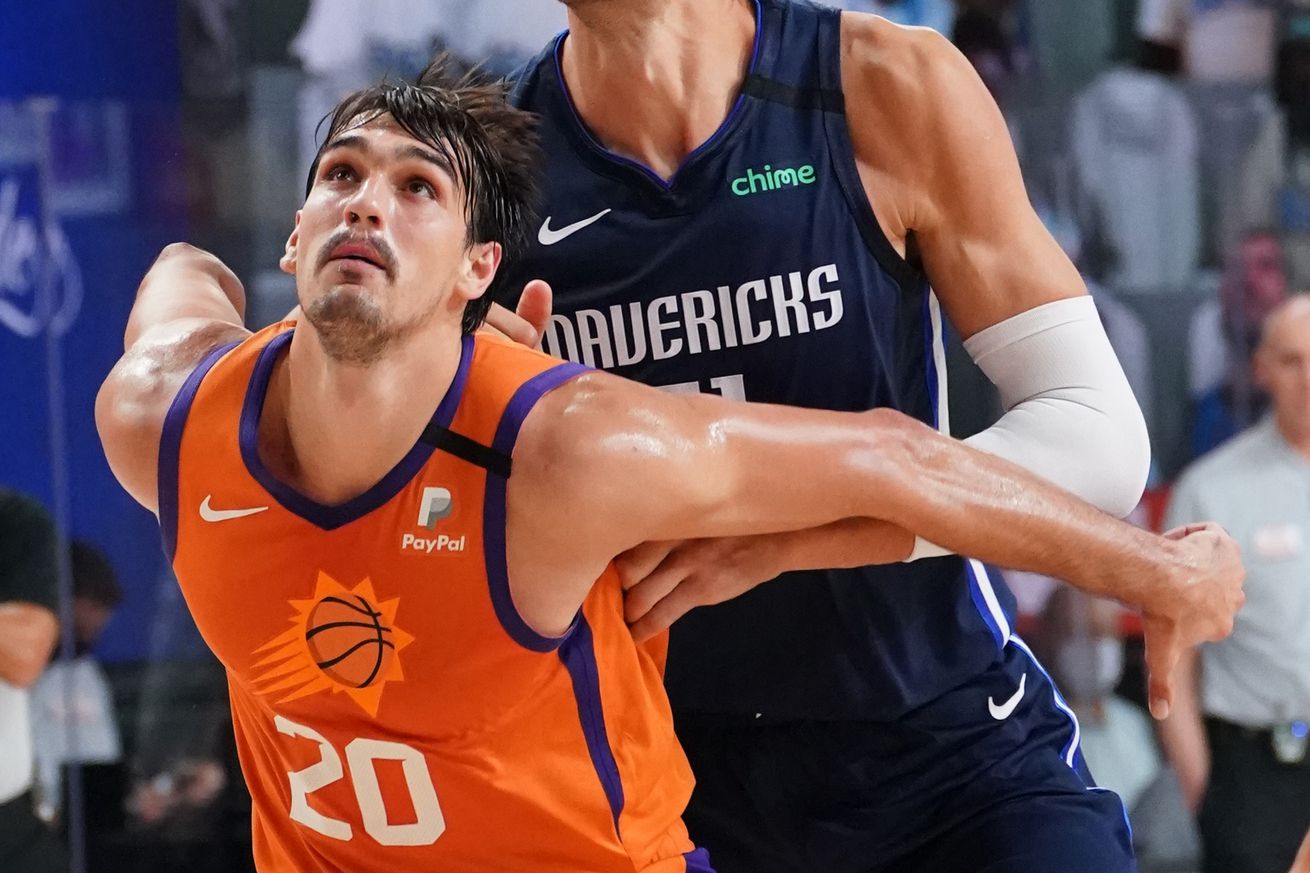 Dario Saric coming back next season for the Suns is nothing but positive.

Restricted free agent Dario Saric looks to be staying with the Phoenix Suns as the overlooked gentleman who may now have to accept his role as a 6th man.

On Thursday, John Gambadoro of Arizona Sports 98.7, first made promise that both Frank Kaminski and Aron Baynes won’t be back next season. Then added… Dario will.

In hopes to earn a bigger contract on another NBA team this off-season, other teams most likely will not be matching a $5mil qualifying offer from the Phoenix Suns. But that is ok, because the impact that Saric has on the younger talent in front of him on the depth chart only makes this upcoming year that more special.

Still young himself, Saric (26 years old), is looking to prove something going into his prime years.

Saric continues to fight every minute that he earns on the court, trying to land a starting role. A role that I believe he found to be more difficult to earn when both Cameron Johnson and Mikal Bridges impact became real this season. Saric, who would be the third option out of the these three, seems to have accepted the challenge and took a long hard look in the mirror. During the Pandemic, he took the responsibility to respect his body by eating healthier (even trying intermittent fasting) and gaining a better workout regime.

With the likely addition of point guard Chris Paul, Saric staying another year just adds to the fire. A player like Paul coming to Phoenix brings to question, what player cant hang? The first player and maybe the only answer is Deandre Ayton, but after that, every player on the Suns roster is ready to roll with the punches. Competitiveness, fight, and hustle (those all might mean the same thing) is what Paul will bring to the Suns organization and are all attributes attained by Saric. Not on a All-Star level of course, but it is there and we all see it.

The energy Paul brings to the starting line-up and the whole team would carry to the bench when Saric enters. At times last year you would see a sluggish first team on the court and the entering of Saric would bring a little bit of momentum. A preview to what we would see this year, was the bubble in Orlando. The starting lineup started and finished the games consistent with the bench filling in to keep the flow going.

Over the years, besides the increase of his FG% during the 2019-20 season, the numbers for Saric have levelled off.

My theory is that, if Saric accepts coming off the bench, he can ease his mind and really focus on only what he can control. Unless there is a unfortunate injury, 20-25 minutes of butt-kicking is all he needs to show his true value that Suns fans saw in the 8-0 bubble run.

Playing for the bigger contract will fuel Saric even more. He can be the piece that teams during the 2021 offseason will want to add if they were to come up short in next years playoff race. Who knows, maybe that would be the Suns.

Saric would benefit from the exit of Kelly Oubre when competing for minutes unless the Suns are able to keep the 10th pick in this years NBA draft. If the Suns use that pick on a bigger wing to take up more minutes, Saric can use that as a reason to sulk or rise.