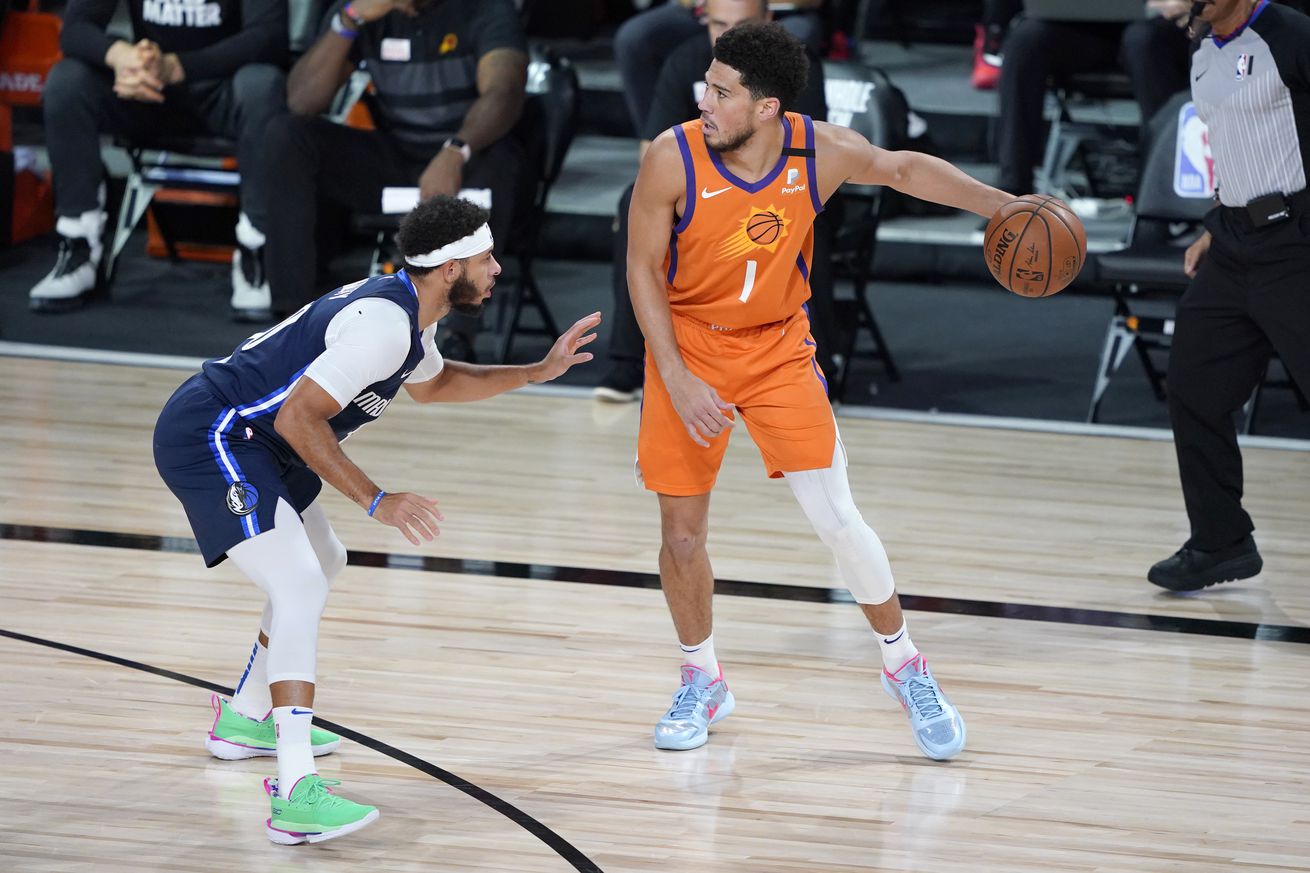 The awards capture only what happened in the NBA prior to the pause on March 11.

Devin Booker fell just short of Bubble MVP, but as an All-Star, he clearly has earned more respect around the NBA. The latest evidence is that he received three All-NBA Third Team votes for the 2019-20 season.

This may seem like a meager achievement, but remember that these ballots represent only what happened prior to the NBA hiatus that began March 11. Nothing that Booker did in the Bubble was supposed to factor into voting, so it’s a sign that even what he did from October to March was enough to sway a few voters to his side. Add in his spectacular, clutch Bubble performance, and Booker has considerable momentum heading into 2021.

The competition is hard, especially among guards. Take a look at the other players who were on the outside looking in besides Booker: There’s Bradley Beal, Donovan Mitchell, Kyle Lowry. The bar is very high in the NBA.

But Booker is clearly on his way. He scored 26.6 points per game this year in addition to 6.5 assists on an incredible 61.8 true shooting percentage. Most importantly, he was a huge positive for the Suns whenever he was on the court, and elevated his teammates.

Those are the key ingredients for league-wide recognition: Play incredible individual basketball; make the players around you better; and win.

While Booker only received three votes this year, on the pace he’s at, Booker should be in line to not only notch his second All-Star berth, but also be a contender for All-NBA and a playoff berth in the sixth season of his career.