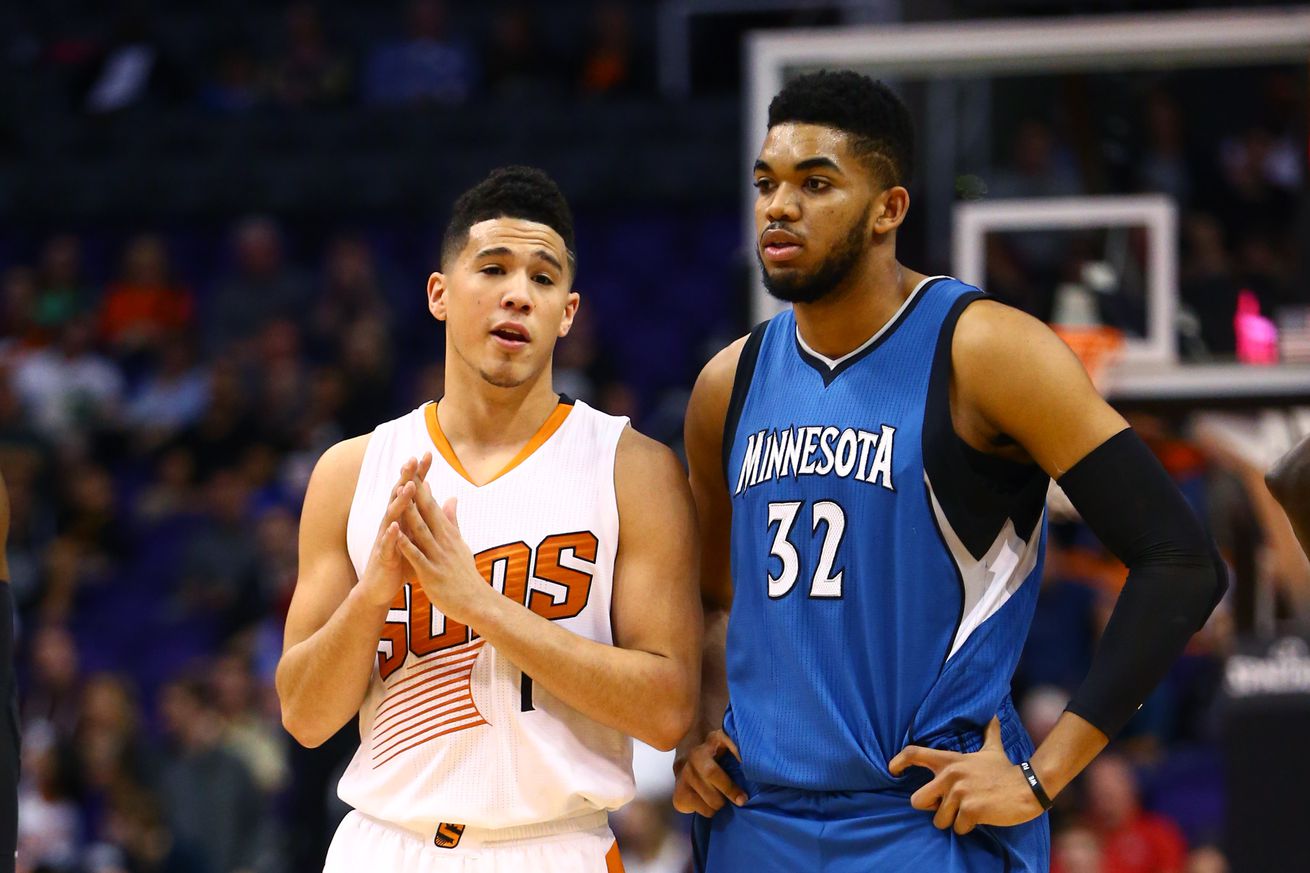 The Minnesota Timberwolves have the No. 1 pick in the NBA Draft and a desire to have Devin Booker join Towns and Russell.

Get ready for two months of terrible trade ideas now that the NBA lottery is over, and even more bad versions of trades of “Devin Booker for Minnesota’s No. 1 overall draft pick and filler.”

The Wolves won the lottery, and will pick first in the NBA Draft in a couple of months. They can have their pick of LaMelo Ball, James Wiseman, Anthony Edwards or any one else who is eligible for the 2020 NBA Draft.

Or, they can trade that pick to acquire a veteran to supplement their budding core of De’Angelo Russell and Karl-Anthony Towns. Oh, and guess who those guys want in Minny? You guessed it: Devin Booker, All-Star, from the Phoenix Suns.

But you can rest easy knowing that James Jones will never ever ever value a draft pick over any playable NBA veteran, let alone over his All-Star!

To put it more clearly: James Jones will never send Devin Booker to Minnesota just to get the top pick in the 2020 Draft and some lesser players.

This is the GM who promised not to draft any more multi-year projects, who promised to only take players with the maturity and skillset to contribute in year one.

This is the GM who traded down from No. 6 to No. 11 last year, only to draft the oldest player taken in the lottery in a decade (Cameron Johnson). A player that was ranked as low as a second round pick because of his advanced age. For all we know, Cam might already be eligible for retiree benefits.

This is the GM who gave away the 32nd overall pick as a sweetener in a deal to dump the salary of T.J. Warren on the Indiana Pacers.

This is the GM who gave away another second round pick and De’Anthony Melton as a sweetener in a deal to dump the salary of Josh Jackson on the Memphis Grizzlies.

All that salary dumping was used to sign an advanced-age point guard to help make the Suns competitive again.

So no, Suns fans.

No matter how many times you see suggestions by rosterbaters around the internets in the next few months, the Suns will not be sending Devin Booker to the Wolves for the No. 1 pick and filler.

James Jones wants a winner in Phoenix. Trading Booker for the No. 1 draft pick, especially in THIS draft with no sure-fire Hall of Famer, does not make Phoenix a winner. There’s no Zion Williamson. There’s no Luka Doncic. And I don’t even think he’d trade Booker for either of them if he could.

Devin Booker is an All-Star and played like a potential future MVP during the Bubble Run.

He will be back in Phoenix next season to try to stop the Suns playoff-less streak at 10, and to hopefully carry the Suns into true contention in the near future.