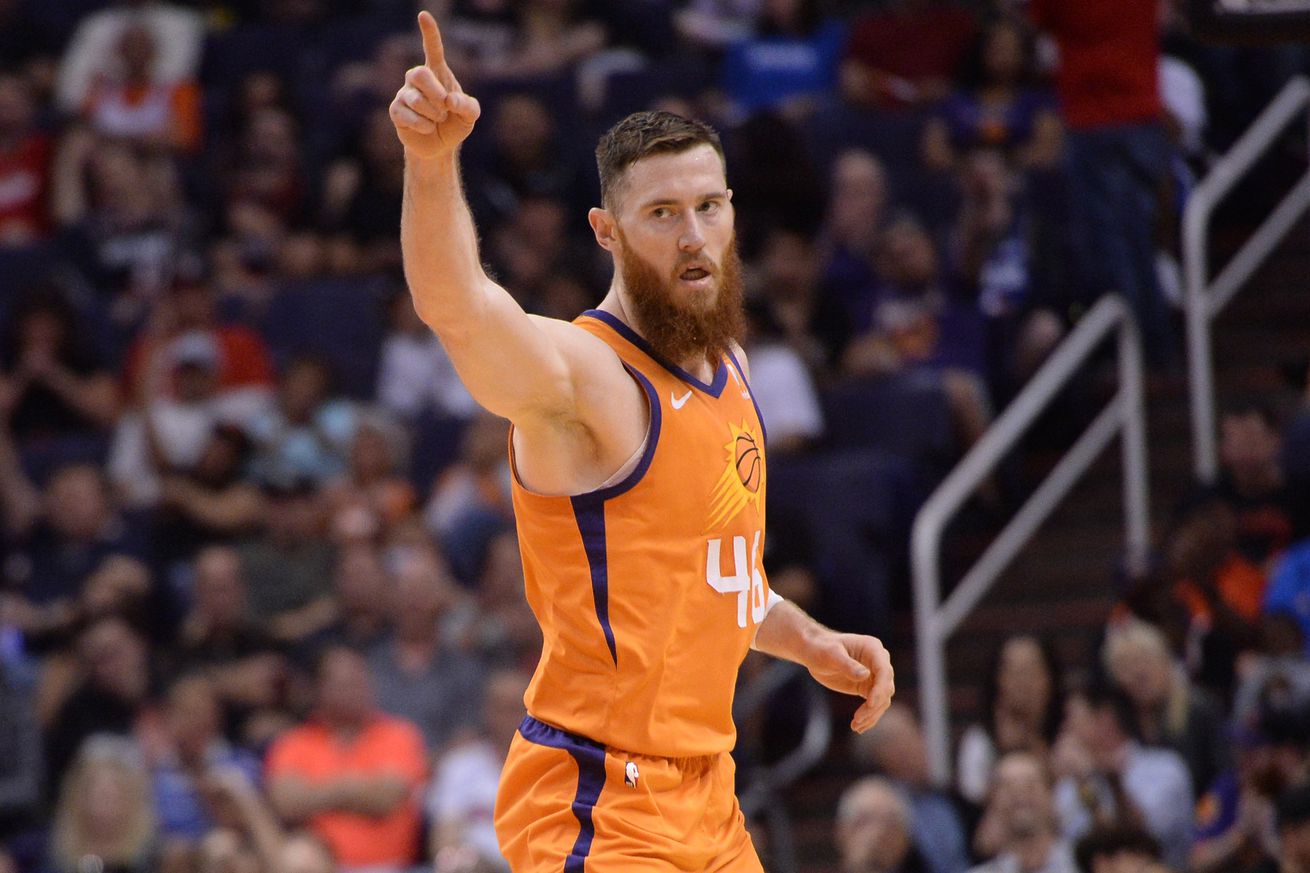 The Australian big man will be an unrestricted free agent but Phoenix should make keeping him a priority.

During the 2019 NBA Draft, the Phoenix Suns traded a 2020 first round pick (via Milwaukee) to the Boston Celtics for the 24th pick and center Aron Baynes.

In the trade, it was well known that Phoenix got a veteran with playoff experience (54 playoff games) in Baynes and his winning pedigree was expected to be of value to a young squad that hadn’t seen much success recently. However, he was going to be much more than that for the Suns.

After stepping into the starting lineup, Baynes was in the running for Most Improved Player early in the season. You can’t say that about many players in history at that age. When Deandre Ayton was suspended and fans got gloomy, he put on a cape and came to the rescue. In the nine games directly following Ayton’s suspension, Baynes stepped up BIG. He made 21 triples at a 48.8 percent clip and averaged 17.4 points, 6.2 rebounds, 3.3 assists and 1 block per game.

He showed solid defensive capabilities and the right mix of being a bruising big as well as a volume three-point shooter (44.1 percent of his field goal attempts came from behind the arc). The man helped the Suns improve on the defensive side as they were in the middle of the pack on that end with him in the starting lineup compared to a bottom end team on D the season prior.

Baynes was an energetic anchor and his edge, work ethic and demeanor were extremely contagious. He came to play and stayed on the youth to make sure they were competitive as well.

Father Time was no enemy of his as he showed time and again that he still has plenty left in the tank. If you want to talk about what he’s capable of, ask the Blazers about March 6. He made NINE treys and put up 37 points, 16 boards and 2 blocks.

Even though he’s 33, this was just his eighth season and he hadn’t played more than 18.3 minutes per game before coming to Phoenix so his limited playing time should help preserve his body for at least a couple more seasons of solid play.

Unfortunately, he didn’t play in the bubble due to Covid-19 but I’m sure he has recovered and is keeping himself in peak health.

Sure, he could get more of a role somewhere else as well as more money but that doesn’t necessarily sound like someone that’s ready to just leave. If he is willing to stay at a reasonable price, the Suns would be smart to keep him in town.