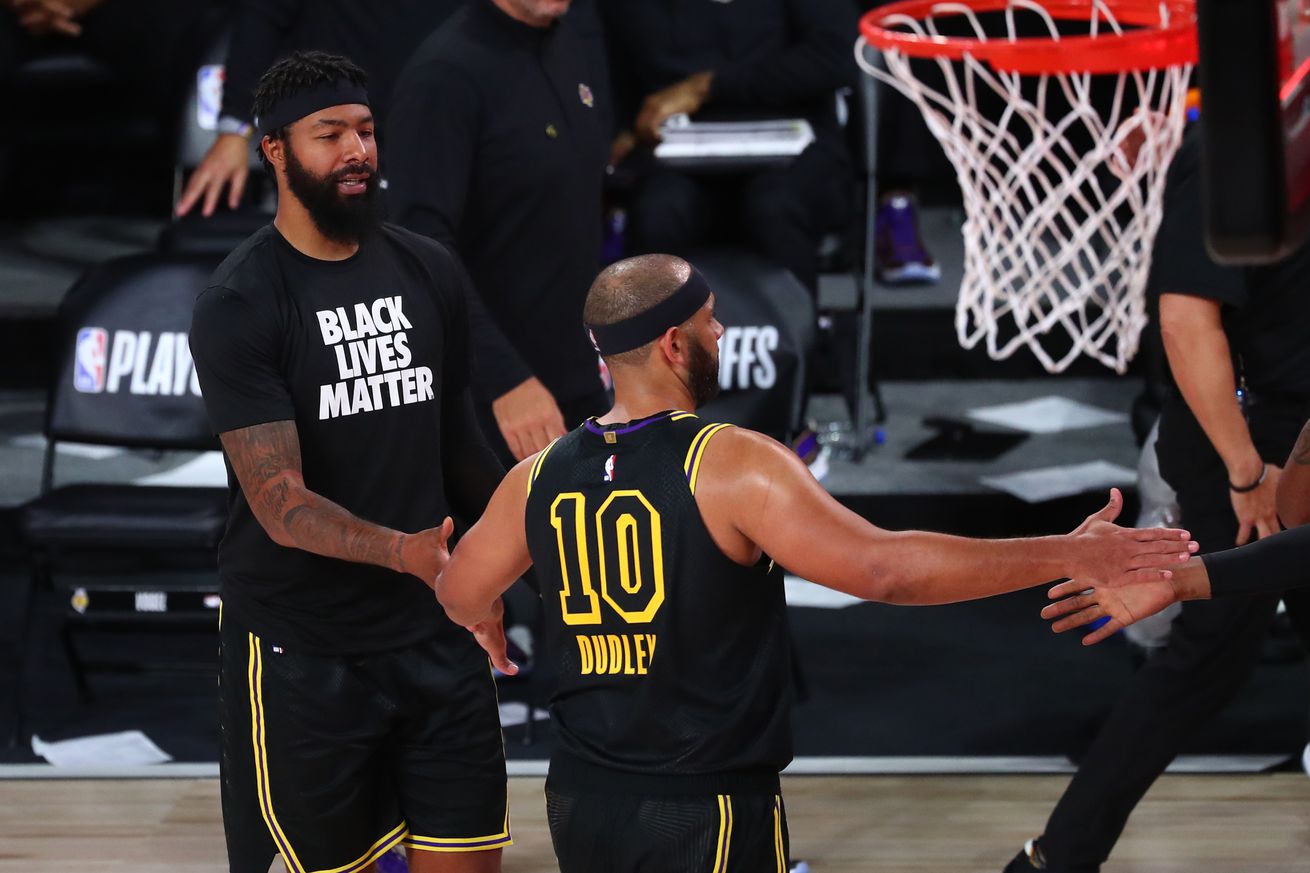 The group here at Bright Side discussed in a recent piece how we feel about Jared Dudley finally making the NBA Finals with the Lakers after coming up short against them with the Phoenix Suns in 2010. Well, now he is an NBA Champion as a member of the Los Angeles Lakers.

As hard as it is for Phoenix fans to see an L.A. team win, and as much as the majority of us would have preferred Miami to win, seeing JD win a title gives us a reason to not be too sad. I don’t like that Markieff Morris will get a ring too and that Goran Dragic won’t but I’m happy for the Junkyard Dog.

My fellow writers stated that you can’t help but be happy for an individual after all he’s been through in his career. His name will be etched in history books as a sideline motivator for the Lakers. I agree.

At 35 (and with some extra weight), he didn’t provide much on the court but he is a positive locker room influence and a mentor that accepted his role to sit on the bench and be a cheerleader.

That’s not meant to be a knock on him. Not every player can do what LeBron James is doing at that age. When he was younger, he was a pretty good role player. With him being older, that role just changed.

I still remember when he went off after Jason Richardson was traded and J-Rich joked that he was holding Dudley back.

My mind still has a mental screenshot of him telling Blake Griffin what’s up.

I also recall when the Suns lost to the Lakers in six games in the Western Conference Finals in the 2009-10 season. Jared made 11 treys on 50 percent shooting from deep and averaged 8 points, 4.2 rebounds, 1.3 steals and 0.5 blocks per game. That was a solid contribution, even though it didn’t result in the ideal outcome.

Now, he’s won the ultimate prize and is an NBA Champion. Congrats, Jared!