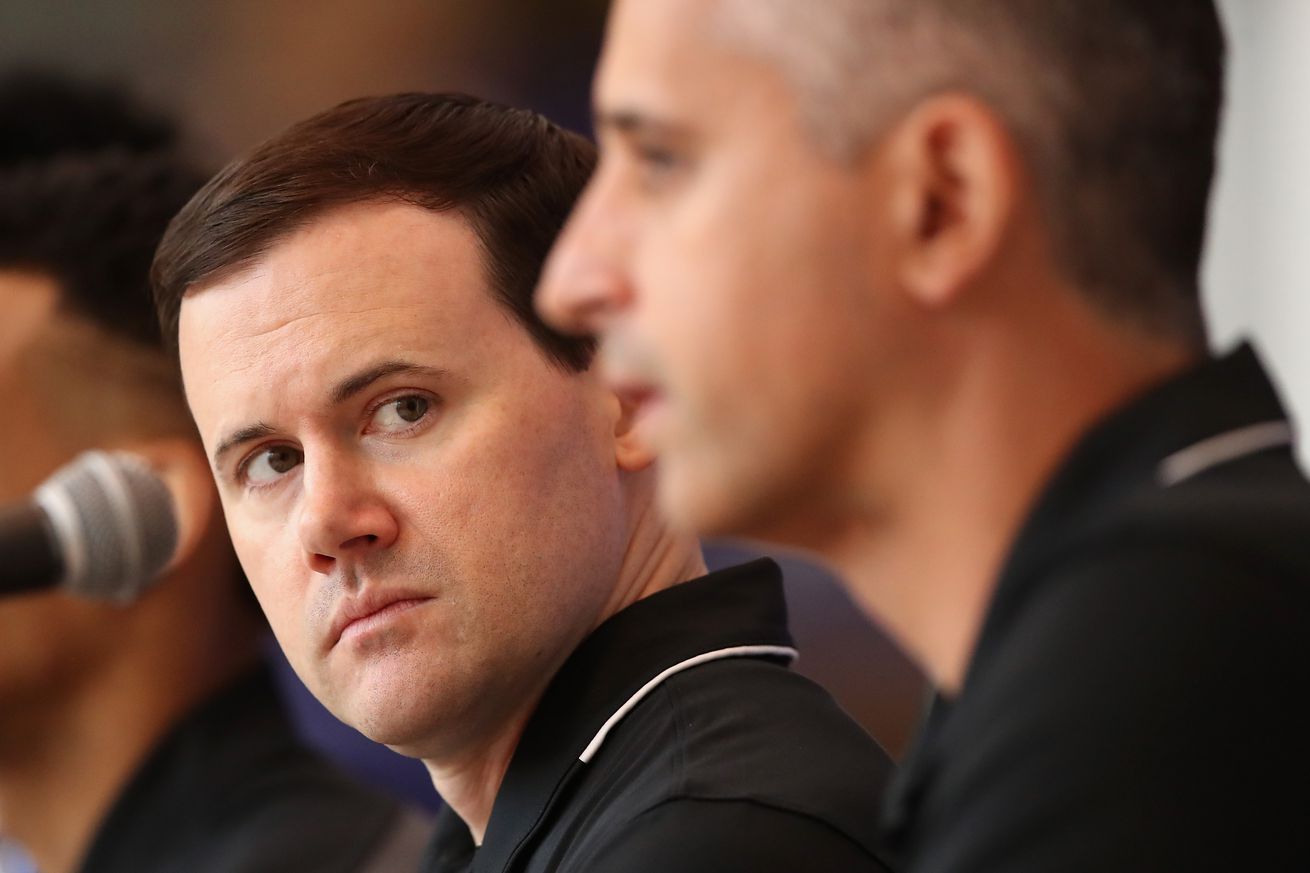 McDonough talks about many of his moves, but won’t touch the Ayton-Luka pick

Chris Mannix was joined by Phoenix Suns former GM Ryan McDonough on The Crossover NBA Show podcast to talk NBA and importantly the Suns. You can find the show on your favorite podcast app.

After the Suns took the league by storm with an 8-0 run in the Orlando bubble, Chris wanted to know McDonough’s thought on the future of the Suns. McDonough, who still lives in Phoenix and admits he is still a Suns fan when saying, “You have to be excited about the future of the team.”

“They looked like a different team after the restart.” McDonough said of the Bubble Boys, ”They made some really good adjustments with the roster bringing in a guy like Cameron Payne who had a big impact off the bench. What stood out to me was the individual improvement of their top players led by Devin Booker, who I think was good enough to win MVP of the bubble. If Damian Lillard didn’t do his super-hero thing and carry the Blazers to the playoffs, I think Booker would have been the MVP.”

The Portland Trail Blazers and the Memphis Grizzlies beat out the Suns for the 9th and 8th seed spots for the play-in tournament. Giving Lillard the bubble MVP over Booker seemed like the responsible choice as McDonough agrees but then continues to asses the other notable grimaces of hope from the Suns bubble run.

“The development of a guy like Mikal Bridges,” he said. “The 3-and-D guy that was kinda his role prior to the pandemic shutting down the league in March. I thought his offensive improvement in particular, his play-making, his ability to make shots off the dribble really stood out to me.”

Mannix was impressed by Booker’s play in the last couple of weeks and even admitted, “I looked at him like a lot empty calories.” Also adding, “what was revealed to me was the competitiveness from Devin Booker.”

The Suns finally found themselves in competitive situations, and like all of us, Mannix saw that Booker can definitely hang with the best of them. The question now was, did McDonough see the competitiveness in Booker before selecting him 13th in the 2015 NBA draft?

“Once we got him into our gym in Phoenix for the pre-draft workouts, he was super competitive.” Ryan said, “Once the 1-on-1, 2-on-2, and 3-on-3 competitive action started, he just took off and dominated.” He continues about Booker not leaving the court in workouts until the defense found a way to stop him. “Booker scored on whoever was guarding him 10 or 12 times in a row, before the defense finally got a stop.”

It was love at first sight with Booker for McDonough and not all teams saw it, when passing on Booker in the draft. Justise Winslow, drafted by the Miami Heat before Booker was also on the Suns radar.

“A lot of it is situation and opportunity, the Heat drafted Justise Winslow that year. Good career, solid career. He certainly hasn’t achieved what Devin has to this point, but he had a bigger role at Duke.”

Picking and choosing these players is very difficult and that is why the conversation of Deandre Ayton, drafted by the Suns #1 in the 2018 draft, was brought up.

Where does McDonough see Ayton’s ceiling and is he where he thought he would be after his second season?

“Thought he made a big jump defensively, as a rookie.” McDonough continues, “Keep in mind I got fired before he ever played a game in the 2018 pre-season… watching the team as a rookie, I thought his defensive angles weren’t very good and didn’t really know the personnel, and that’s not unusual for a rookie big in the NBA.”

Ayton going into his second year, McDonough noticed the improvements, “I thought he made a leap this year. Look at his defensive numbers and the rim protection. He can sit down and guard perimeter players.”

Being aggressive is something Suns fans want to see brought out of Ayton. McDonough explains what he sees on the court and what improvements he needs to make.

“Offensively, I think there are times when he does needs to be more aggressive, as far as not only finishing around the basket with power, but getting to the free-throw line.”

With sympathy, McDonough explains, “It’s a blessing and a curse that the guy is 7’1” and strong as anything and he’s also really skilled. But because I think he is so skilled, he’ll settle for a turnaround, he’ll settle for the fade away.”

Now McDonough takes us back to that draft night. What was the argument you made for Deandre Ayton over Luka Doncic?

“I probably won’t get into all of it specifically.” McDonough starts, “What I would say, it was somewhat of a tumultuous time in Phoenix, as the last decade has tended to be… with the Suns. We had another coaching change, we brought in Igor Kokoskov. Earl Watson was fired from the year before. We moved on from Jay Triano, the interim coach. James Jones was added along side me in the front office. It was an unstable environment.”

McDonough revisited the past of not so great times but also gave his thanks before we get to Luka.

“I say that not in any way to pick on the Phoenix Suns. Obviously grateful for the five plus years I had there and the opportunity. The organizations that have stability, I think have a more sound process. And the sound process involves for thorough evaluation, more heated and robust discussions and also more history and a track record, with not only the evaluators, but the coaches and people like that as well. So everybody is on the same page and knows what they are looking for.”

The chaos that seemed to leak from year to year, spilled into the 2018 draft, when the decision between between Ayton and Luka came down to in-person evaluation?

“I think our process could have been better as far as Luka’s evaluation in particular.” McDonough says, “He was still playing in Spain in 2018 in the playoffs which made it difficult. I was not able to go see him play late that year in May and June. Had I gone and seen him play, he dominated the playoffs in the Euro-league Final Four. Would we have arrived at a different conclusion? Keep in mind I did not have ultimate autonomy to make basketball decisions there.”

You’ll remember that James Jones went to Spain that spring to watch Luka in Spain, along with other front office people. But not McDonough.

What McDonough has left us here in Phoenix is Ayton, Booker and Bridges. Whether or not that was really him who drafted the young group of players still remains a question. Being a Suns fan who lives in Phoenix gives him the up-and-close experience of watching the young group sore for years to come.