After two successful seasons together, the Houston Rockets decided to trade Chris Paul to the Oklahoma City Thunder in exchange for a package that included Russell Westbrook, in part due to behind-the-scenes issues between Paul and Rockets superstar James Harden.

Needless to say, that decision has wound up being a costly one for Houston, as Westbrook and Harden fared no better as a duo than Paul and Harden did, with the former pairing making it merely to the second round of the playoffs before being eliminated in 2019-20, just like the latter did the season prior.

Plus, at least Paul and Harden made it to within a game of reaching the 2018 NBA Finals and who knows? If Paul doesn’t get hurt and miss the final two games of the Western Conference Finals against the Golden State Warriors, maybe the Rockets do reach that year’s championship series and end up hoisting the year-end trophy.

Westbrook and Harden didn’t come close to accomplishing that together. 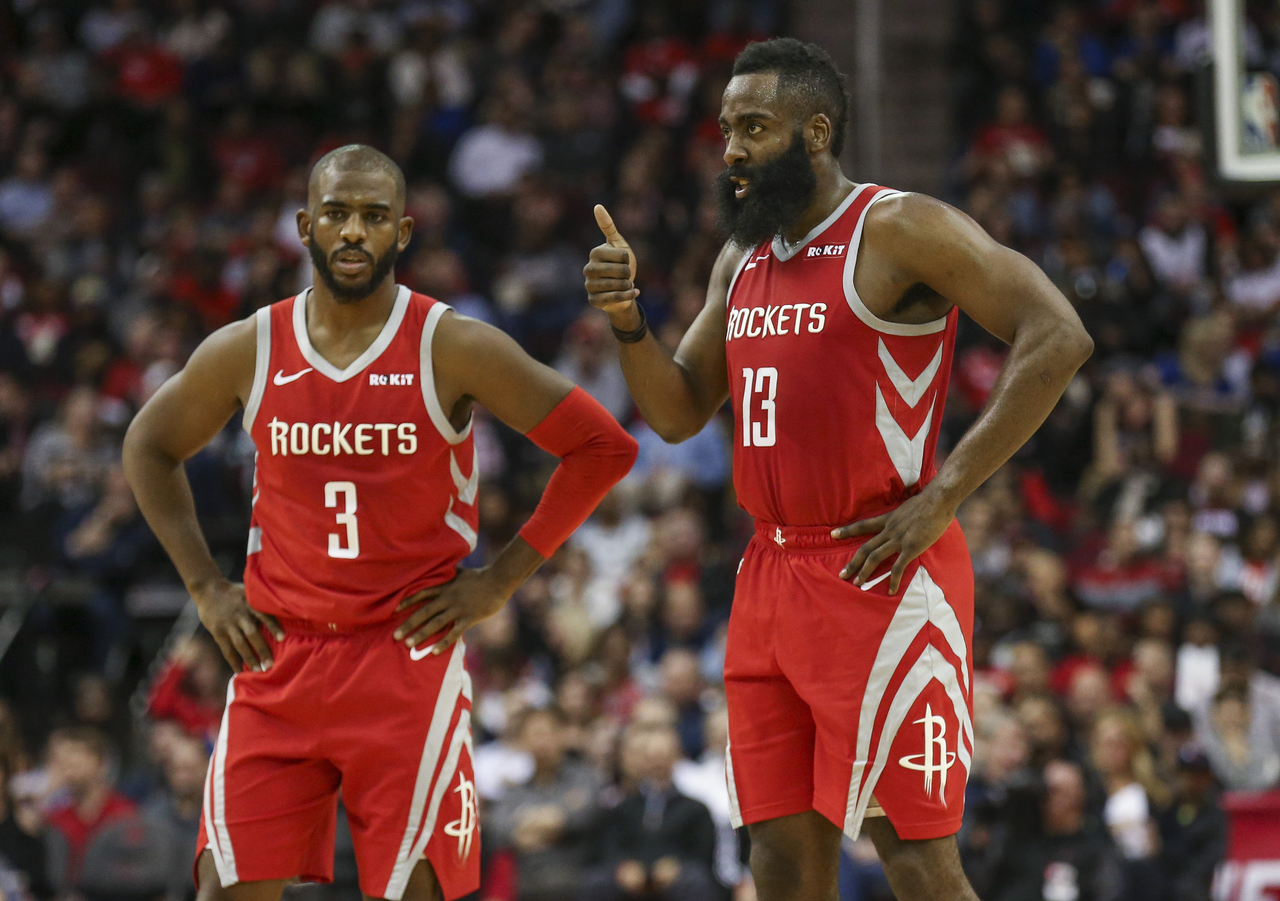 It’s pretty clear at this point that the Rockets would have been better off trying to mend Paul and Harden’s strained relationship than desperately trading him for Westbrook, who, as of Dec. 3, is no longer even with the team… which leads us to our next point: The overall final package of what Houston got in exchange for Paul looks laughably bad.

As pointed out by a Reddit user recently, the assets that ended up being involved in the Paul deal now amount to the following: Houston traded Paul, two first-round picks and two pick swaps for John Wall and a first-round pick.

That would look slightly less appalling if Houston were guaranteed to be getting the All-Star, borderline All-NBA version of Wall as part of the deal, but the Kentucky product hasn’t taken part in an NBA game in almost two full years now, so it’s extremely difficult to predict what he’ll look like in 2020-21.

And this is a Wall who will be paid like a Top 5 player through 2022-23, no less, so even if reports from this offseason indicate he’s looking healthy ahead of next season…

I watched @JohnWall a bunch in Miami at @RemyTraining23 workouts and runs. He’s as fast and strong as he’s ever been. His conditioning is exemplary. Swole & shredded

Nobody could stick him. After talking to Wall I’m convinced he’ll have a boss year

…Houston lost Paul (who was 2nd Team All-NBA in 2019-20), two prime assets (first-round picks) and two more decent assets (pick swaps) for a hugely negative asset contract-wise (Wall) and one first-rounder, which the Washington Wizards smartly protected 1-14, making the return even uglier for the Rockets.

Any way you try and spin it, that’s dreadful work by Houston’s front office, though they really were put into a corner by a variety of factors, including Harden not wanting to play with Paul anymore and Westbrook wanting out.

Nevertheless, we’ll have to wait and see how it works out for them.

Maybe Wall does regain pre-injury form and prove to be a better fit alongside Harden. Or perhaps it’ll be a disaster leading to Houston losing their bearded superstar at the trade deadline.