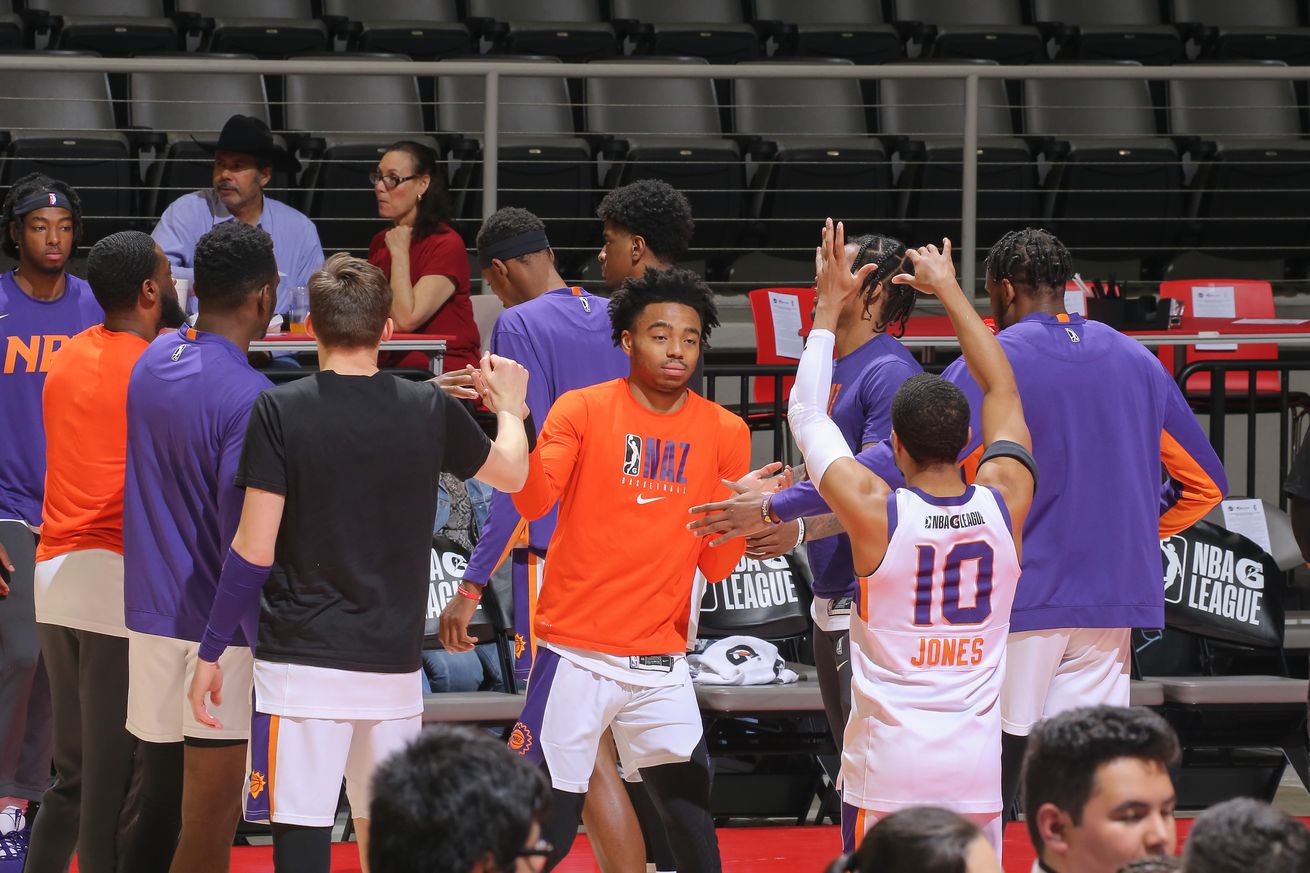 The NAZ Suns are no more. The team will play in Phoenix for the 2020-21 season before moving to Michigan.

The Suns announced on Wednesday morning that they will move on from the G League after the 2020-21 season and sell off the Northern Arizona Suns.

The team will change ownership to the Detroit Pistons, who will relocate the franchise to Detroit. In a press release from the team, general manager James Jones said the decision came after “an extensive internal review.”

Here’s what Jones said prompted the move to get away from the G League entirely:

– The Suns’ team priorities drive our decision-making which in this case is the development of the youngest roster in the NBA.

– Roster positions 11-15 is the focus of the organization’s developmental time and efforts.

– The teaching experience of the Phoenix Suns coaching staff operating within a shared set of guidelines creates an effective learning environment and growth opportunities for our players.

– The value of daily practice and the competition against NBA players provides significant improvement opportunities for developing players.

– We will maintain our emphasis on evaluating/scouting NBA G League players for future roster consideration.

That fourth bullet point is key, in my opinion: The developmental focus will transition to the NBA itself, with coaches working hands-on with young players and using the experience of being with the veterans on a daily basis to get players ready.

In truth, even since building out their own G League franchise, the Suns had struggled on a clear vision for how it should be used. The team cycled through head coaches and general managers on an almost yearly basis, and it has been terrible for its entire existence. Even with continuity in the coach’s chair with the impressive Bret Burchard leading the team, the NAZ Suns failed to improve or get much out of their young talent in 2019-20.

The Suns couldn’t even figure out a plan for two-way contracts, perhaps the single best reason to invest in the G League as a real farm system. In 2019, they left both slots unfilled for the majority of the season outside of a few weeks of a Jawun Evans experiment that went nowhere. They came into 2020 with more clarity, bringing on Jared Harper right away before ultimately signing Tariq Owens, who they brought to Summer League and then signed to a G League deal in the fall.

That fell apart, too. Harper was waived shortly before the NBA went on hiatus in March, while Owens is nowhere to be found on the Orlando restart roster. That doesn’t exactly seem like prioritizing spots 11-15 on the roster, even though the circumstances are admittedly strange right now.

What’s clear is Jones and this new front office do not see value in the G League. That’s not to say an investment in player development at the NBA level can’t pay off, and the Suns admittedly beefed up the coaching staff this season under Monty Williams. But as the rest of the NBA invests more in the G League, the Suns abandoning it completely is nothing if not a failure to maximize all the resources available to building a great basketball team.

It’s also part of a pattern of divestment this summer from the Suns as a whole.

Owens wasn’t the only person absent from the Suns’ roster when they arrived in Orlando. The coaching staff was missing Steve Blake and David Greer as well. How can the 11th through 15th roster spots be the focus of a training staff that cuts Blake, whose primary job in practices seemed to be drilling the Suns’ young guards? And generally, selling off the developmental opportunities of the G League while also laying off NBA coaches makes it hard to argue that building up the youngest guys on the roster is the focus whatsoever.

What’s more, the Suns also made cuts to the team staff this week, a team rep confirmed to me. On a call Monday morning, the Suns announced the layoffs, which sources told Bright Side of the Sun could include up to 27 employees.

“We announced steps to restructure this morning and it did impact some positions across the company,” the team rep said, but would not confirm a specific number.

Inevitably, fans will wonder if the economic downturn across the world finally got to the Suns. Laying off team employees, cutting two-way players, firing coaches and selling the G League team are all part of a pattern that make that line of questioning reasonable. With the G League team specifically, the result is a direct influx of cash, though the details of the transaction are unclear right now.

The Suns were caught in a bad situation in the middle of renovations when the pandemic hit, stripping them of vital game-day revenue at the same time they spent millions on their arena. And they certainly aren’t the only sports franchise, let alone company, to make cuts during this bitter pandemic/recession combo we find ourselves in as a country.

I will give the team space to make adjustments as it sees fit as they move on from the G League, but the problem as I see it is the team again chose to sacrifice investment in the basketball product at the altar of corporate efficiency, a signal that for all the strides the Suns made in the past 12 months, much still has not changed.