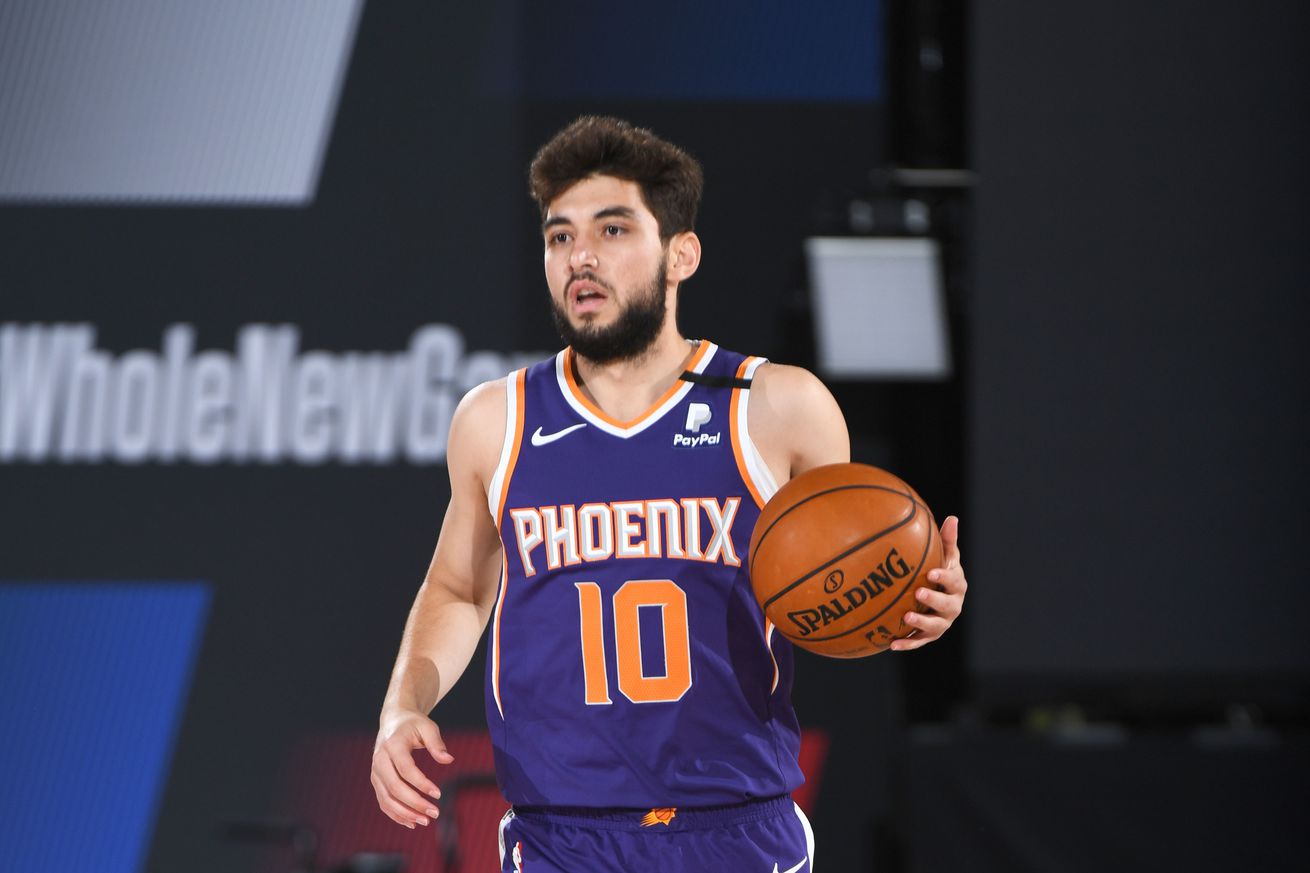 It’s been a rough rookie season for the 23-year-old out of Virginia, but there’s only going up from here. Right?

As a rookie first round pick for the Phoenix Suns, Ty Jerome has shot just 17-for-66 (25.7%) from 3 point range in 4 October preseason games, 28 regular season games and the 3 scrimmages in Orlando combined. Not ideal for someone whose calling card as a prospect largely hinged on his smooth jumper.

There is not a doubt in my mind that he is a much (and I want to emphasize the much) better shooter than he’s shown thus far in his young NBA career. In his 3 year career at Virginia, Jerome shot over 39 percent on 424 total attempts (4.0 attempts per game).

At Virginia he also shot a respectable (not great) 78.8 percent clip from the free throw line and displayed excellent touch on floaters and runners to further strengthen his case for being a plus shooter, hence why he was taken in the 1st round of last year’s NBA Draft. You may ask yourself why the shot hasn’t translated right away, and well, the answer is somewhat complicated and (sort of) unclear at this point, but I’ll dive into a few reasons he’s struggled to regain his Virginia form at the next level.

Jerome tweeted this last week, and it’s a fitting metaphor for his game and jumper alike, as I believe the shooting percentages will level out in time. He will not continue to shoot this poorly, and with that will come increased confidence and lead to improvement in other areas of his game. The pressing question is, when?

This trade has certainly paid off in the short-term with Aron Baynes having a breakout season and being a much-needed veteran mentor for Deandre Ayton, but if he bolts in free agency and Jerome doesn’t develop into a rotation player then it has to be tallied up as a net negative or neutral in the long-term.

I’m sure that might get some pushback given how productive Baynes was, but looking at it strictly from an asset standpoint even in a bit of a weak draft, the 30th pick (at this point) holds more trade value than Ty Jerome himself does in this moment. There’s no guarantee that pick amounts to anything of course, but in principle if that trade is to be viewed as a plus long-term, then Jerome has to crack the rotation at some point. If Baynes does return to Phoenix then that’s a different argument for another day.

Jerome had rave reviews in training camp and preseason from the coaching staff and players alike, leading to a buzz amongst many Suns fans “in the know” that followed the team closely during the weeks leading up to the season.

Devin Booker was asked which teammate had stood out the most throughout the summer and into camp and he responded immediately saying, “Ty Jerome is already stepping up as a young leader for the team. I’d say Ty Jerome for sure.”

There were similar quotes from Monty Williams as well, which led to some premature hype that certainly led to unrealistic expectations from the then 22 (now 23) year-old. At the time it (the praise) was probably warranted, but it was unfortunately derailed when Jerome suffered a significant ankle injury on October 21st that kept him out until late November when he worked his way back in a couple NAZ Suns games in the G League.

Jerome suffering the serious ankle injury was very unfortunate given the positive reviews he was getting leading up to the season. The aforementioned G League stint was very short-lived though, with him just getting 2 games in before getting called back up to Phoenix.

I actually covered him in Prescott for his debut with the NAZ Suns, and he told me after the game that this was his first major injury he’s ever suffered, and it was the first time he had gone that long without playing basketball.

After his debut I asked him what his main objective or goal was for what he wanted to take away most from tonight and he said, “Just get up and down and trust my ankle. Being able to trust my ankle, make cuts, defend and come off actions and be able to guard actions and it went well. My conditioning is going to keep getting better every day and my ankle felt great.”

Coming off an injury like isn’t solely a physical issue, it’s also psychological and easy to forget that these are humans just like us and have to deal with the mental side of things too. Every player is different in their healing process, so while physically he may be there, mentally he looks to be lagging behind a bit. The confidence just isn’t there, and it plays a huge factor as to why he’s not shooting the ball at the level he’s capable of.

He only played 2 games in November, then later one more in March to gain some reps, but truly never got back into a rhythm. I think it would’ve been beneficial for them to leave him there for a longer stretch of games and fully regain his confidence before bringing him back up personally.

Phoenix not using their G-League system properly shouldn’t come as a surprise though as they just inexplicably sold their affiliate to the Detroit Pistons.

Playing off the ball

This is a major factor as to why I believe his shooting numbers have dipped. He can operate as an occasional ball handler, but he mostly seems more comfortable running off screens being used as an off-ball shooting threat in catch and shoot situations with limited playmaking duties.

Part of the reason he’s being used as an initiator when he plays is the lack of primary creators on Phoenix’s roster outside of Rubio and Booker, so he’s being forced into a role he’s not ready for.

With Elie Okobo lingering behind and arriving late and Jalen Lecque’s status in question with him just now arriving, there will be minutes available for Jerome in the 2nd unit as he battles for a spot in the rotation with Cameron Payne and Jevon Carter. I believe Carter has sort of cemented himself in the rotation at this point, so it’ll ultimately come down to Jerome vs. Payne for the 2nd guard off the bench.

There is still plenty of time and opportunity for Ty to play himself into the rotation as Payne had a successful debut, but didn’t show much after that. Phoenix will likely pursue a reserve guard to add to their depth this offseason, so it’s imperative that he takes advantage of this situation or he may not have a role entering next season.

This is when he’s been at his best. Not over-thinking or over-analyzing the game, just knows he has to get a shot up after waiving off Devin Booker (!) and nails a tough fadeaway jumper as the clock expires.

Beautiful mid-range fadeaway to finish out the half.

This is fun guys. It’s nice to be back. #Suns pic.twitter.com/M74Di5jfKB

There were some encouraging flashes that reminded me of the Virginia Ty Jerome throughout the year, but the lack of consistency and confidence have really hindered his development.

Here are some of the positives from his rookie campaign. I get that it’s easy to make anyone look good in highlights, but if you need some feel-good Ty Jerome content then you should enjoy this video.

If you still believe, now is the time to buy all the Ty Jerome stock while it’s dirt cheap.

Related: Cam Johnson and Ty Jerome ready to kick off their second-ish season with the Suns