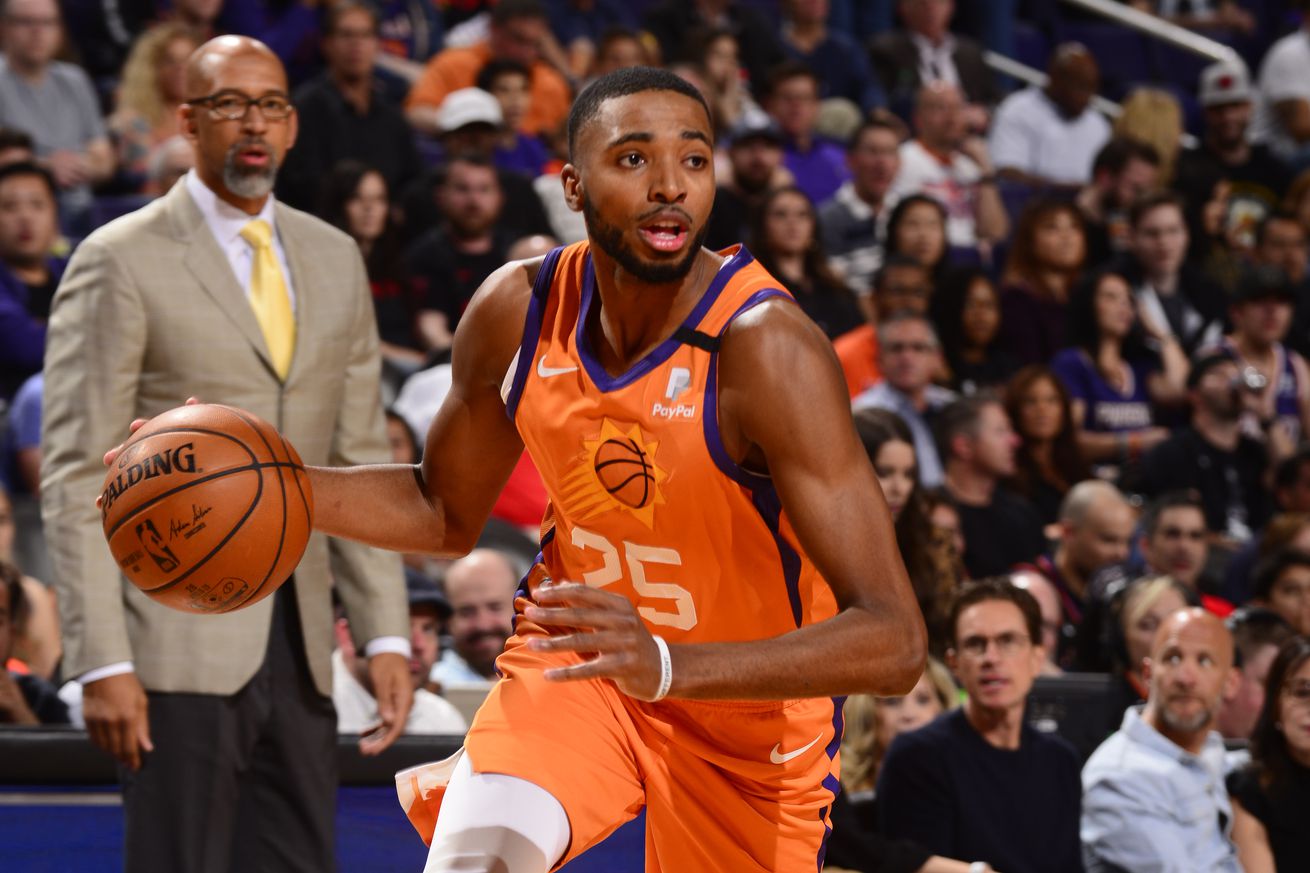 The similarities between Mikal Bridges and Shane Battier are almost haunting from a statistical standpoint.

“Glue guy” is a term that is certainly used far too often when evaluating players these days, but when it comes to the likes of Mikal Bridges and Shane Battier, it’s a warranted description of the value they offer a team. There are ways to impact winning outside of scoring points or making flashy plays that don’t always show up on the stat-sheet.

Phoenix has its two cornerstone pieces locked up in Devin Booker and Deandre Ayton, and the best way to optimize that duo is by not only through their own internal development, but by surrounding them with winners that do all the dirty work and bring the intangibles that it takes to scrap out tough wins. Those are the true culture changers. The “little things” add up in basketball, and Mikal Bridges does one hell of a job at them already at such a young age.

The Shane Battier/Mikal Bridges comparison is something I’ve seen made before by NBA scouts and fans alike so I’m not taking any credit for this comparison, but rather diving into their similarities and where they line up in their careers at this very early stage of Mikal Bridges’ career.

What do these two have in common you ask? Let’s start with their ridiculously similar collegiate careers.

It’s relatively frightening how similar their college careers went. Both attended schools with winning tradition in Duke and Villanova, while slowly coming into their own over the course of their careers season-by-season. Each of them played an integral role towards winning a National Championship in college as well. Pure winners.

Here are their freshman, sophomore and junior statistical seasons side-by-side. Battier did attend Duke for a senior season, which is not included in the graphic below.

As you can see, they posses eerily similar statistical profiles with a few minor differences here and there, but you get the idea of why this comparison is starting to make more sense on the surface.

Mikal Bridges is also one of two NCAA players to ever average at least 2.5 made 3-pointers, 1.5 steals and 1.0 blocks per game. The only other player that has ever accomplished that feat? Shane Battier in his final season at Duke as a senior.

Along with nearly identical statistical profiles in college, the beginning of their NBA careers are somewhat similar as well, though it’s important to note that Shane Battier’s rookie season was the highest-scoring of his career. He was thrust into a role that probably wasn’t ideal for him in Memphis as a rookie where they relied on him to be one of their primary scoring threats averaging over 12 FGAs per game (also a career-high), thus the influx in points per game early in his career.

He averaged 8.6 points per game in his career, so if you discount that first-year bump and add in the fact that he was a year older than Mikal as a rookie it balances things out.

Here are Battier’s first 2 seasons in the NBA.

Here is Mikal’s career statistical profile thus far in his young NBA career. His shooting slump early looks to be corrected to an extent, so I expect him to get closer towards that 38-40 percent mark as his confidence grows.

His sophomore season has been much more similar to Battier’s than his rookie season was, for the reasons mentioned above on Battier’s role-change after his 1st year.

In addition to that, Bridges and Battier appear together on another exclusive list:

Rookie wings throughout NBA history to post at least 100 threes and 100 steals:

What a year by the Suns’ “other” rookie.

This is where I see Mikal edging out Battier in terms of sheer offensive upside. Battier averaged 8.6 points per game in his career and was a very limited player in terms of self-creation and playmaking. Bridges has shown some serious flashes of being more than just a catch and shoot guy, though it’s been relatively sporadic at this point.

For example, Bridges is shooting 62.1% this year on two-point field goals, whereas Battier’s career-high for that mark sits at an uninspiring 53.6% on twos.

Along with that, Battier’s career AST% (estimates the percentage of teammate field goals a player assisted on while he was on the floor) was 8.8% while Bridges already has a career mark of 9.5% and has shown some encouraging passing flashes so that number should only rise.

I’m not sure Bridges ever becomes a 20 point per-game guy, but he has the tools to become a more consistent threat in the 14-17 PPG range as he regains his Villanova three point stroke and attacks more aggressively off the dribble with his impressive finishing numbers.

Even at an advanced age (mid-30s by that point), Battier was a key piece in the Miami Heat’s back-to-back championship rings in 2012 and 2013. He did all the dirty work. Guarding the best wing player night in and night out. Playing elite team-defense. Spreading the floor. Hustling. Communicating. Securing loose balls. You name it. LeBron, Wade and Bosh have been on the record praising him for what he did for that team despite never being in the limelight.

I can see a similar archetype for Mikal to serve as an unheralded intrinsic piece for the next “good” Suns team, whenever that may be. I doubt he ends up as limited as Battier was offensively, so there’s a real chance that two or three years down the road he’s in the conversation as one of the best two-way players in the entire league, even with gradual offensive improvement.

Here’s yet another list that Bridges and Battier share the floor on. It’s almost concerning how many statistical queries these two end up in together whether it’s college or NBA data being collected.

The only wings since 2000 to accumulate at least 200 steals and 75 blocks in their first two seasons:

If there’s one thing coaches love across practically every level of basketball, it’s a player that is coachable, wants to get better and truly cares about winning. Mikal has all of those qualities down to a tee, which is not going unnoticed by the Suns first-year head coach.

“We all value Mikal. He’s a guy that plays on both ends. He has leadership qualities. He’s a bit of a glue guy in the locker room and on the floor,” said Williams.

Monty Williams isn’t the only coach that seems to have loved coaching Mikal, as Villanova’s head coach Jay Wright tweeted this out the other day.

As someone that has been sky-high on Mikal as a prospect since his sophomore year at Villanova, it’s easy to see why he catches admiration and appreciation from his coaches. The Suns haven’t had a player like him in quite a while, and if I were in charge of things he’d be considered “untouchable”. Bridges should be included in any “Suns young core” conversation when talking about Ayton and Booker. His impact will be appreciated sooner or later.