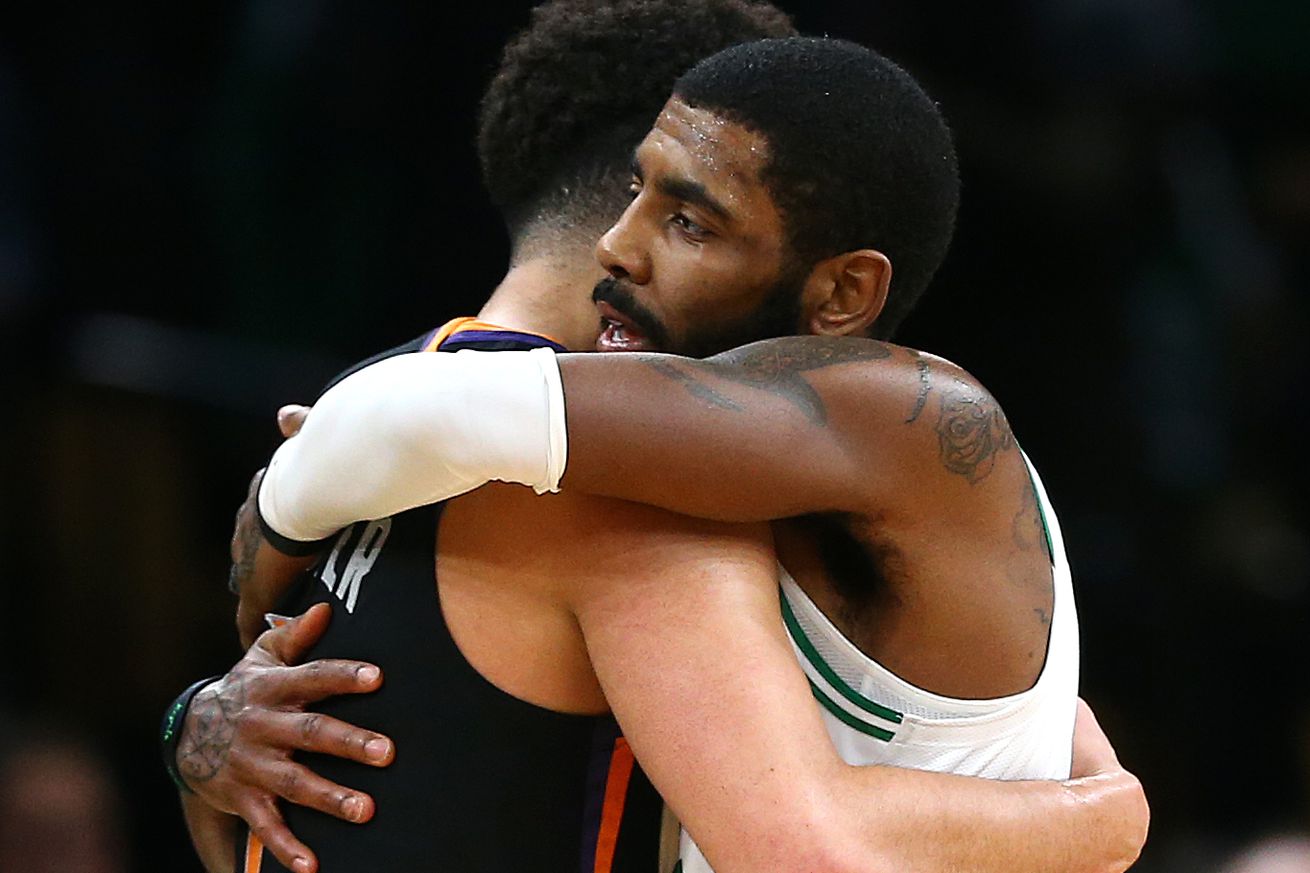 The NBA is still planning a return to play in July, but some players are starting to express concerns for myriad reasons

2020 is about so much more than basketball.

Yet there’s a 99% chance the league will resume operations in July down in Orlando in a “bubble” of 22 teams that begins only with essential personnel of the NBA employees and players and minimal on-site media (any guesses which national outlet will have the most presence on Disney property?).

Am I excited about the idea of watching the Phoenix Suns play more games this summer? Yes yes YES!

Do I think they should play? Yes, but maybe not for the reason you think.

I also realize this is probably okay for the players, health-wise. The novel coronavirus pandemic is disproportionately ambivalent to those with the benefits of youth, health and resources. The NBA is creating a situation that, while many players will probably test positive during the bubble stint, there’s a de minimus chance of death or even hospitalization.

As long as the cadre of people in the bubble are young and healthy, that is. Which is why the league is attempting to solicit voluntary disclosure of personal health information (PHI) from players, coaches and other essential personnel. Players? Almost all will be okay. Coaches? Most, though some are definitely at risk due to age or other factors (asthma, heart conditions, diabetes, etc). Families/friends are not invited to the bubble until the number of teams still in play are down by at least half, well after the playoffs have begun.

But there are a ton of problems with returning to play in the midst of a pandemic AND the country’s greatest protest against racial injustice and police brutality we’ve seen in our lifetimes.

On the obvious side, some players will test likely positive. And those players will be quarantined for weeks. What if Damian Lillard gets COVID? Or Giannis? Or LeBron? The players will eventually be okay* but their team’s championship aspirations are immediately scuttled.

*I know that it relaxes us to imagine every person who tests positive being a-symptomatic, walking around like ‘what? I’m sick?!’, but that’s not the likely reality. I know several people who have contracted COVID and I can guarantee you it’s not fun when symptoms present themselves. It’s the worst chest cold/flu of your life. And takes weeks to recover from naturally (remember there’s NO treatment yet!).

So, yes, championship dreams will be tainted by positive COVID tests and quarantines. But they will also be tainted by unusual runs of nagging injury. Imagine after three months off, mostly away from trainers and medical personnel, to have only a few-week run-up to the most important games of your life? Hamstrings are gonna scream bloody murder. Calves are gonna join in. All kinds of soft tissue will join the chorus too. And you thought the Suns had lots of nagging injuries this year? Just wait till Orlando.

The luckiest teams will remain intact the whole way, but winning a championship should not be about luck.

And then there’s the less-obvious side of this: the impact a return-to-sports will have on the National Attention Deficit Disorder (or, NADD — I just made that term up, btw).

Our news media has ALREADY stopped showing the still-going protests throughout the country. Numbers are growing, not lessening. It’s just that the protests are peaceful, mostly free of gore and disgust, overwhelmed by the all-color peaceful request for equality. Yet, because there’s no more blood or looting by questionable characters, the national news has moved on. So have too many people in this NADD country. Heck, NY state governor Andrew Cuomo even said the protestors should go home because they’ve “won”.

.@NYGovCuomo suggests protesters pack it up, in light of new reforms: “People are still out protesting. You don’t need to protest. You won. You won. You accomplished your goal. Society says, you’re right. The police need systemic reform.”

What exactly have they won? Is there social equality now? Has anything actually changed yet?

The NBA players, almost all Black, realize that a return to play will distract from the absolutely needed message that Black Lives Matter. They matter just as much as white lives. And every shade in between. But they’re a group being unduly oppressed, so their message DOES matter.

But once we hear the squeak of soles on hardwood, our NADD will shift even further away from the message we need to hear.

The players know this.

I hope that, when they inevitability play as expected, the players will collectively use that opportunity to spread the word rather than allow it to be forgotten.

The nation will be focused on Orlando, at the Wide World of Disney hosting the Bubble Games. ESPN — owned by Disney — will be responsible for reporting on the players’ message. The players need to voice a message in such a way that the higher ups cannot ignore. So that the public cannot ignore it.

And for this reason, I AM excited for the Bubble Games.