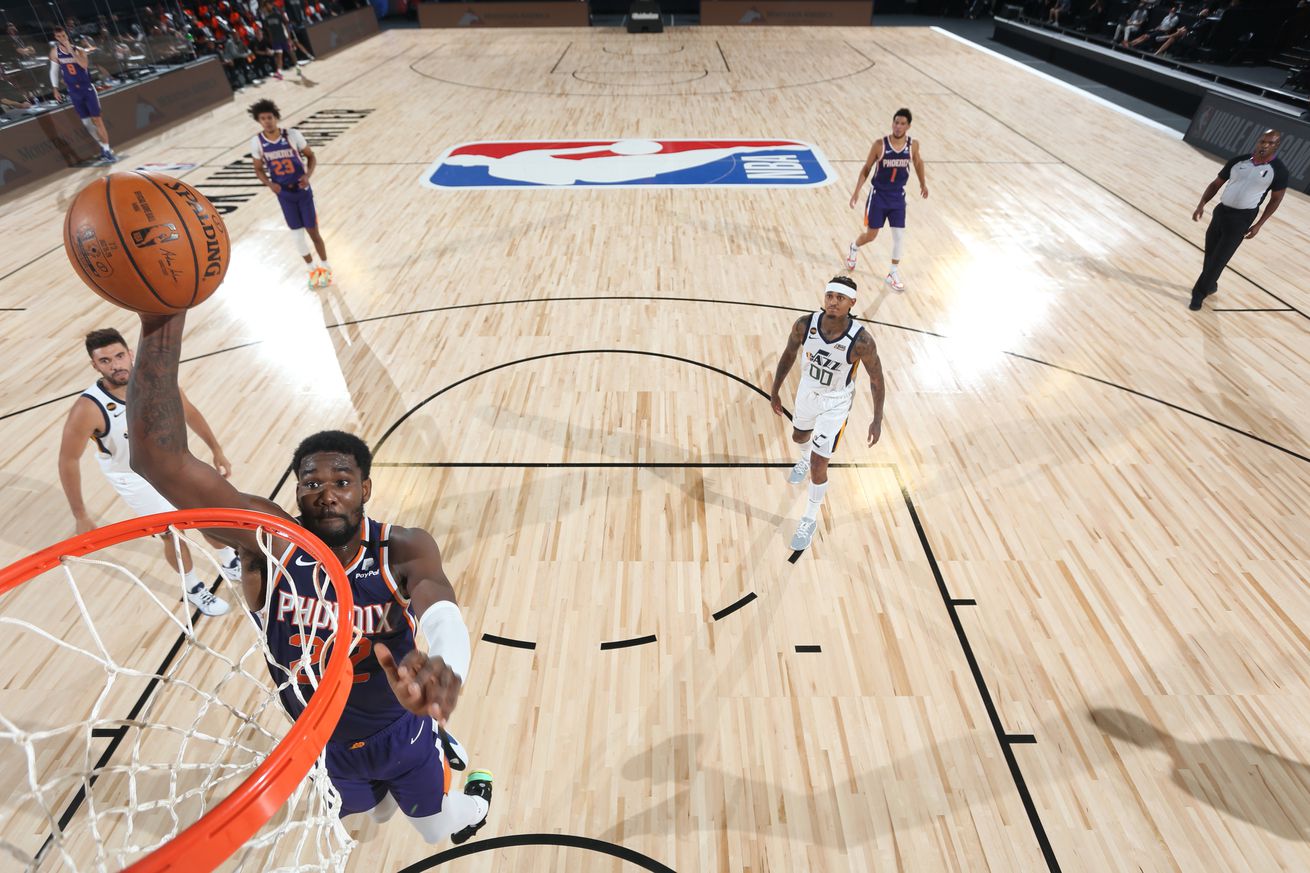 The obvious highlight of the Suns’ victory over the Jazz in their Orlando debut (albeit just a scrimmage) was Deandre Ayton nailing his first career three-point shot. It may not count in the official stats for his career, but it could be a big confidence-builder for a player whose mind always seemed to be the only thing getting in the way of his deep shooting in the NBA.

“It was good for the team,” Jones said. “If you’re here in practices, you see how much time these guys put into their craft, you’ll see these guys make threes.

“Deandre’s been able to shoot and make the three since the first day he stepped foot into our gym, but it’s different in a game. It’s different against NBA competition. So to see him hit that first one and now he can check that box, it was good.”

Ayton scored 13 points on seven field-goal attempts and pulled down eight rebounds in the Suns’ Orlando debut. As I wrote back in June, his continued development is maybe the most important part of the Suns’ time in the Bubble.

Despite Ayton’s shooting being the talk of game one, Jones lauded his growth as a team defender as well. Jones noted that because of his diligent work with assistant coach Mark Bryant, the second-year big man is developing into a real anchor of the Suns’ defense.

The Suns allowed just 88 points last Thursday and forced Utah into 15 turnovers in the 40-minute exhibition contest. They play next on Sunday morning against the Celtics.