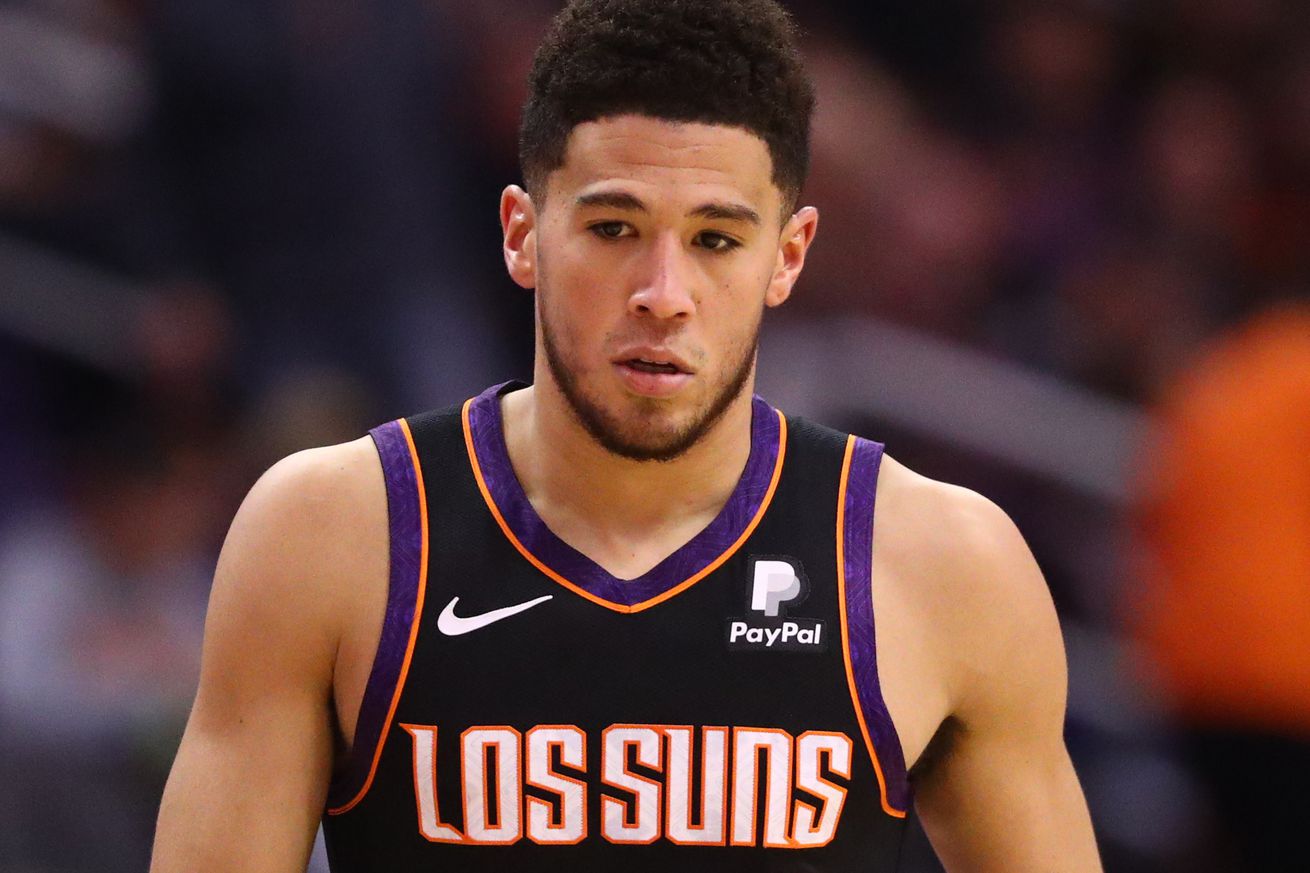 The Phoenix Suns website made a great piece on Devin Booker and Hispanic Heritage Month. If you haven’t seen it, check it out here.

A lot of people are not aware that Devin does indeed have Hispanic blood. His grandfather was an immigrant from Nogales, Mexico where he and his family stayed for decades. Booker’s parents met while father Melvin played semi-professional basketball for the local Grand Rapids team. He was raised primarily by his mother, Veronica Gutierrez, while his father, Melvin, pursued a pro ball career overseas. After his abuelo died, Booker made it a point to get more in touch with his Mexican roots. Being in Arizona, he has an ideal environment to be able to do just that as well as connect even deeper with that part of the community.

“I think this is a beautiful time to embrace our culture and love it with a passion,” Devin Booker said. “When I was drafted by Phoenix, I finally got to see the Hispanic culture around me for the first time in my life. Being here in Phoenix has made me aware of living in the culture.”

The community surrounding us has a lot of diversity and Hispanic culture is a large part of it. It’s really cool that basketball can bring up something like this in such a positive way. There is a lot of beauty in it and it’s just great to see.

Booker isn’t the first Sun with Hispanic roots. Horacio Llamas was the first Mexican-born player in the NBA. However, Booker is a current player and with much more stardom than Llamas had. Therefore, he has much more of a reach.

Booker made his first All-Star appearance this season and that’s no doubt due to how hard he grinds and how much he puts into the game. His grandfather taught him about hard work and dedication. So we all owe his abuelo a thank you because Devin might not be the player we all know if it wasn’t for that.

The more he busts his tail, the better he becomes and that’s crazy to think about being that he’s already dropped 70 in a single game and has shown the NBA world with the recent Bubble that he can lead his team to wins. Suns fans knew that about him already but now he’s put the rest of the league on notice. Hopefully, he will lead the Suns to the playoffs as early as next season.

What also comes with him grinding and being a star is the younger Hispanic community embraces him as an inspiration. They admire him and he is an image and example they can look to when they look to their future.

“My journey and my path, I hope it opens up something in their minds to let them know that they’re capable of doing exactly what I’ve done,” Booker said. “I’m not going to say it’s easy, there’s going to be a lot of ups and downs, but just knowing it’s possible. If you have a dream and you have the work ethic to match that dream, anything is possible.”

Devin is a star but not just basketball wise. He’s paving the way like Llamas before him in showing that Hispanics can make it to the Suns and not just that but if they work hard, they can make it anywhere they want to. Nothing is wrong with dreaming and he’s showing the younger generation that dreams can become reality.

Be sure to check out this article on Suns.com for great pictures of young Devin with his mom and grandfather.