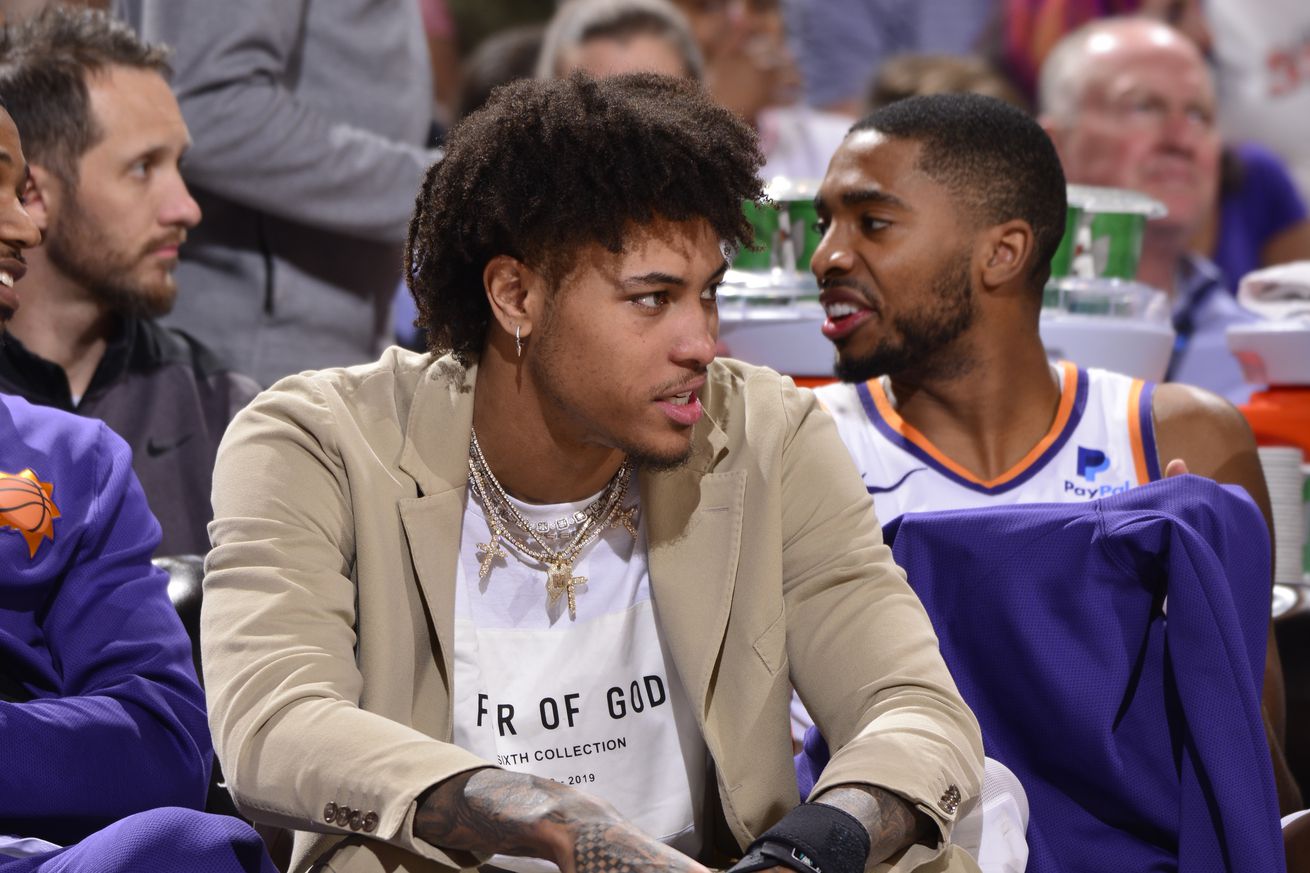 Oubre won’t be playing in Orlando. But will he still be making noise from the bench?

When the notification popped up on my iPhone Wednesday afternoon that Kelly Oubre, Jr. was going to miss the NBA restart, I felt the frown form on my face. Granted, no one could see that frown, as I am required to wear a mask at work (do your part, wear a mask my fellow Suns fans. Seriously, it’s like using your blinker…it takes next to zero effort and it is an act of consideration to your fellow human beings). Given the fact that Kelly had arthroscopic surgery on a torn meniscus in his right knee in early March, I wasn’t surprised.

The high-flying Oubre needs time to heal, especially considering the type of surgery he had and the brand of basketball he plays. If it was a broken finger, that’d be one thing. You’d just have to asked Kelly to refrain from push-ups in the face of the opposition. Knee injuries, however minuscule they may be, can greatly affect an NBA player’s career if not properly treated and rested (see Greg Oden’s career).

Eight games remain for the Suns in the 2019-20 season, unless a miracle greater than UMBC Retrievers upsetting Ty Jerome’s Virginia Cavaliers in the 2018 NCAA Tournament were to occur. We need Kelly next year. There is no shame in resting that knee.

Rehab and rest he will. But he will also be with the team at Disney. A byproduct of Shams Charania’s report is that news that Kelly will be indeed be traveling with the Suns to the Orlando Bubble.

He could stay at home to rehab. But he isn’t.

Aside from his energy, swag, and clutch three-point shooting, this is another reason I love Kelly Oubre, Jr. He is a dedicated teammate. He wants to be there to assist his team in any capacity that he can. Kelly is choosing, at least currently, to enter himself into the bubble and be with his fellow players. Maybe it’s the allure of the “lawn games”?

We are not sure yet the extent of how games will be conducted. We know that there will be no crowds. But will players such as Kelly be permitted to reside on the bench during the contests? If so, we could be in for quite a treat.

Knowing there will be no cheers coming from the stands, the Phoenix Suns may have the loudest “fan” residing on the bench. Kelly’s energy is infectious. He is known for his engagement with his teammates. He may not be playing, but if he is permitted to sit court side, he will have the opportunity to impact the game with his motivational shouts. Perhaps the league will let him give air-fives to Devin Booker from six feet away.

The telecast presentation of the Orlando games has yet to be defined either. Will there be fake crowd noise? Will there be music? Will David Aldridge be giving us virtual sideline analysts? Will there be simply squeaks of sneakers and the sounds of the players on a 10-second delay? If the latter is the case, then we as fans will be in for a treat as well. We’d be able to actually hear Kelly yelling at his Valley Boyz.

There is still much to learn about the restart of the NBA season. It may be disappointing not seeing number 3 flying through the air in Orlando. Knowing that he may still impact the game, however, provides another layer of hope. Hope is a good thing.