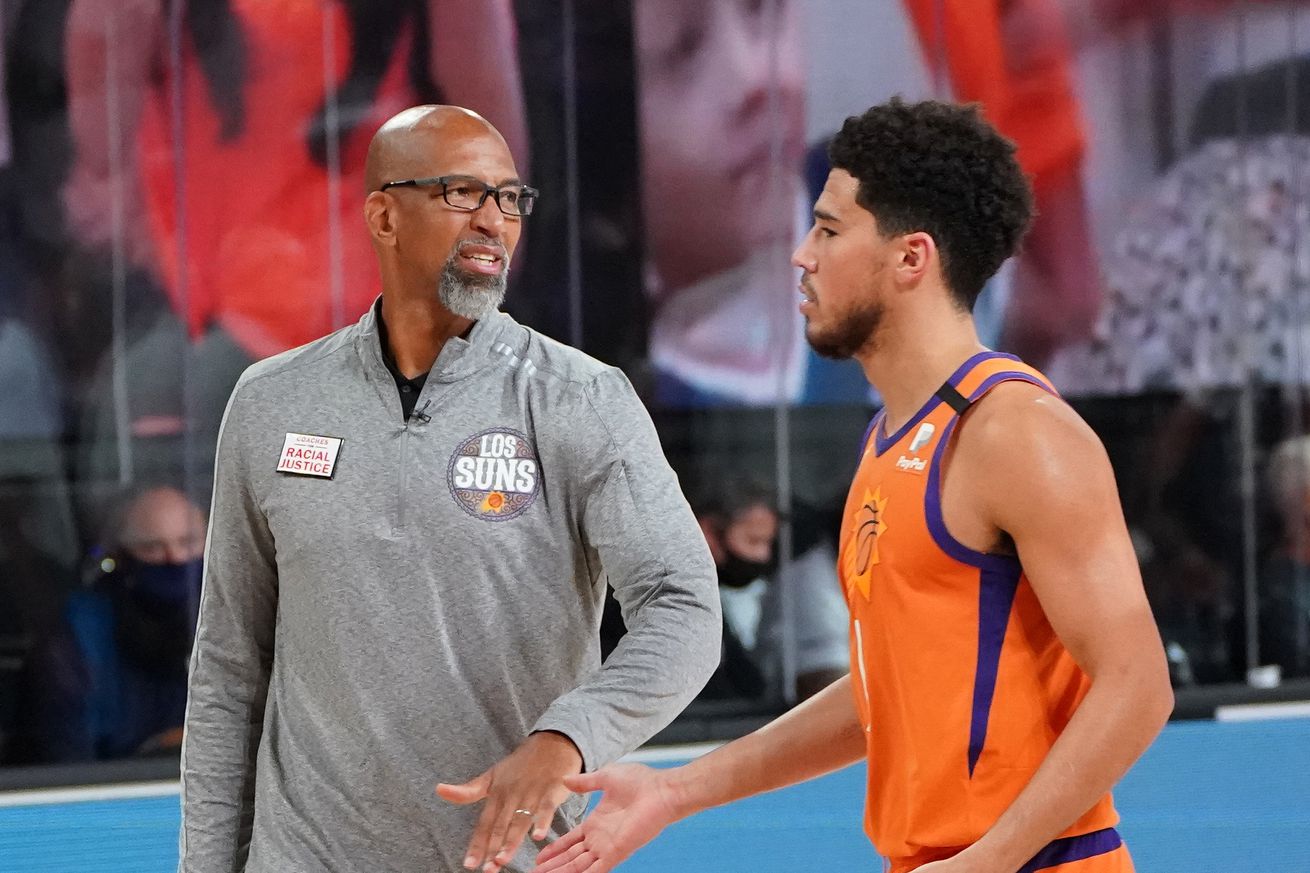 The league put some respect on the Suns’ name.

After a miraculous undefeated run in the Bubble that no one thought possible, the Suns came within a Caris LeVert miss of appearing in the play-in game today in Orlando.

While they won’t be on ABC this afternoon, they certainly turned many aheads across the NBA and were honored with two of the top awards from the league.

Monty Williams is the Coach of the Bubble, while Devin Booker missed out on the MVP trophy but was voted onto the All-Bubble First Team.

The NBA has announced the results of award voting from seeding games as follows:

Awards were voted on by media and broadcasters who have been in the Bubble in-person covering the NBA restart.

Booker also finished second to Lillard in MVP voting, earning nearly unanimous second-place votes behind Lillard, who was the unanimous MVP after averaging 37.6 points per game in the seeding round and leading Portland to a 6-2 record while their season was on the brink.

After an All-Star appearance, a killer run in the Bubble and now an All-Bubble First Team selection, Booker is finally getting the kind of recognition Suns fans have hoped for throughout his career. As Booker himself has always said, that type of recognition only comes with winning.

This is merely a way of solidifying the way the Suns have been celebrated throughout their Orlando run, but the awards are something Suns fans surely won’t forget.