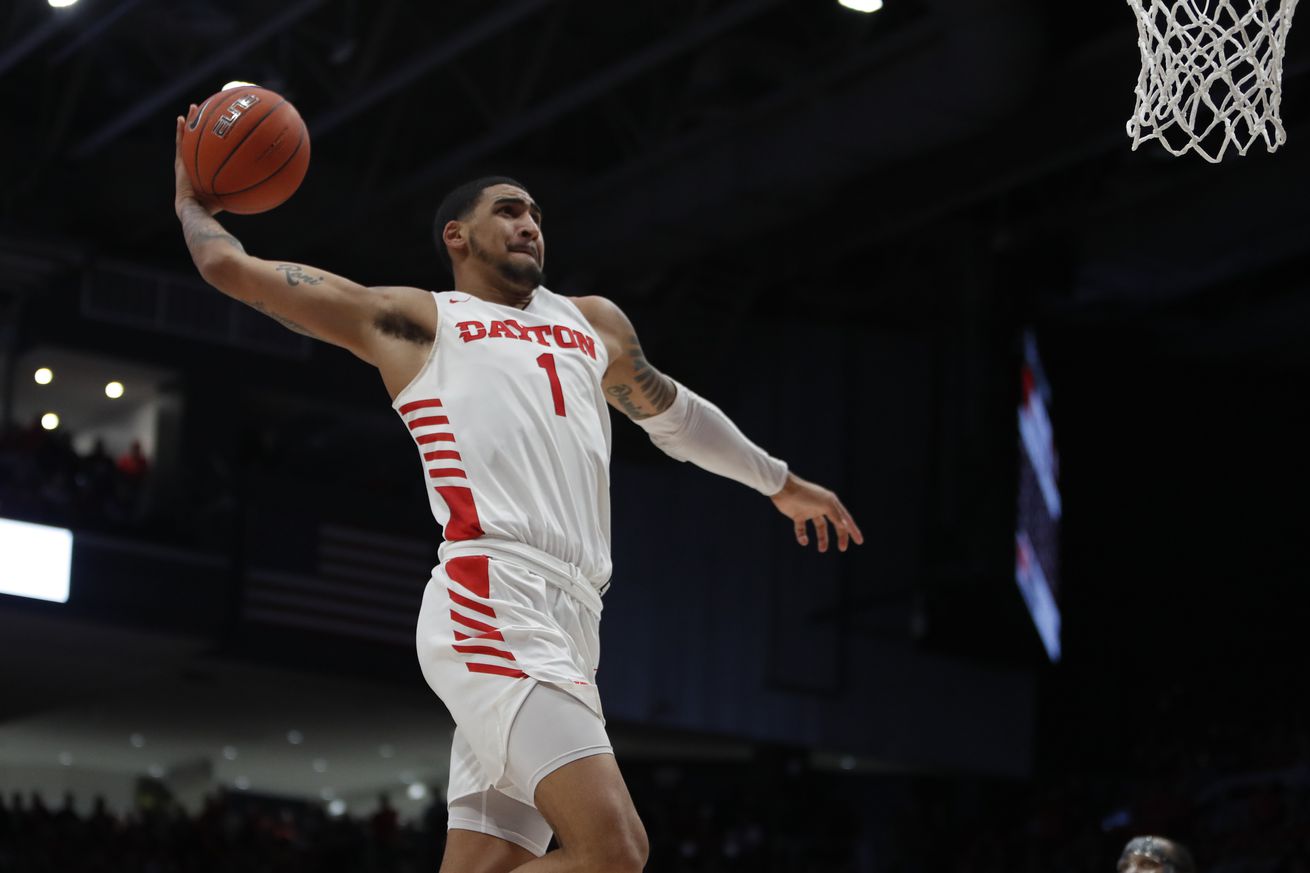 Mikal Bridges, Cameron Johnson and Ty Jerome all profiled on draft day as mature players who were ready to contribute immediately in an NBA rotation, rather than needing 2-3 years to develop.

Back when the Suns first found their footing in the wake of former GM Ryan McDonough’s tenure, Jones had inherited an impossibly young core that badly needed a playmaker to lead them. Even then, he had little interest in making the team even younger than it already was.

Jones is very interested in mature players with winning experience*. Bridges had been a part of two NCAA Championships with Villanova. Jerome won the whole thing with Virginia. Cam Johnson made the Final Four with North Carolina as part of his five-year college career (extended due to hip surgery). None were younger than 22 years old at draft time.

*He’s not immune to crazy talent though. Rumors had him leaning Ja Morant before the lottery dropped the Suns from 2nd to 6th.

After doubling their win rate this season from 19 wins to a 38-win pace, and with internal expectations of making the playoffs next season, I see Jones doubling down on that draft plan. He’s been successful so far with drafting older, more mature players, and the team is still the youngest in the league. He won’t want to spend a lot of draft capital — the No. 10 pick overall — on an 18 or 19 year old project at this point, unless he’s blown away. Gone are the days of Alex Len, Dragan Bender, Marquese Chriss and Josh Jackson.

This year’s NBA Draft will occur on November 18, just over two months from now. The NBA’s plan, amid a still-present pandemic, is to do most of the draft prep virtually with Zoom calls and workout videos.

You might prefer younger players with higher potential upsides if given the time to adapt to the NBA and develop on the deep bench, but here are the prospects who profile most like Cam J, Mikal and/or Ty. In other words, here’s the old guys.

There are a lot of draft prospect lists out there. My go-to right now is the Ringer’s Draft page, by Kevin O’Connor, which has a lot of analysis, NBA comps and various levels of consumption (skim, peruse, deep dive) depending on your interest level and attention span.

The Ringer’s Kevin O’Connor compares the 6’9”, 225 pound Toppin (ranked 12th on his Big Board) favorably to Amare Stoudemire, Kyle Kuzma, ‘bouncy’ Marcus Morris. Those comparisons are all you need to know about Obi: great offense coupled with questionable defense (though he does block shots!).

Toppin set the NCAA on fire this year with his offensive exploits. He can finish on the pick-and-roll like Amare used to, take and make long-range bombs, and just about everything in between. But he’s top-heavy and horrific on defense, especially in pick-and-roll, and would have to be hidden a bit a lot on that end of the floor. He does not really profile well in a switch-heavy defense that served the Suns very well last year, especially in the Bubble.

On the positive side, Toppin knows who he is and will be productive from day one in the NBA. His offensive is immediately translatable to the NBA game. Also on the positive side, he would be playing in lineups with defense-oriented Ayton and Bridges, and if his offense truly translates he might be a net positive.

The Ringer’s Kevin O’Connor compares the 6’6”, 213 pound Nesmith (ranked 14th on his Big Board) favorably to Dale Ellis, Danny Green, taller Buddy Hield. Those comparisons tell you what you need to know about Nesmith: catch-and-shoot flamethrower with ‘unlimited’ range, in the mold of the Cam Johnson pick.

Jones likes players with an elite skill that the coaching staff and trainers can build a full NBA player around. For Nesmith, that’s shooting and James Jones really really wants the Suns to have elite shooting and/or elite defense around the core of Booker, Bridges and Ayton. Just last January, in another exclusive Bright Side Night interview, Jones talked about this need.

“Backup shooting guard,” he said, among areas of need. “For the last few years, Devin’s been tremendous but he’s dominated that position to the point where he’s playing 38 minutes a night and there hasn’t been an opportunity for guys to develop behind Devin, because there aren’t a lot of minutes there.”

A few weeks later, the Suns were targeting combo guard Luke Kennard in trades, and throughout the Bubble you saw the Suns really shine when their players began hitting more of those open threes. There’s a big reason you love Cameron Payne right now, and that’s because he hit shots.

Nesmith fits the mold of a Cam Johnson type, and just might be a target on draft night.

The Ringer’s Kevin O’Connor compares the 6’8”, 216 pound Bey (ranked 18th on his Big Board) favorably to Tobias Harris, DeMarre Carroll, Jae Crowder. Those comparisons tell you what you need to know about Bey: he’s strong, can defend in space and shoot it well enough.

If the Suns add Bey, they’d be quadrupling down on using wings at both forward spots next season. Bey would fit right into a rotation with Cameron Johnson, Mikal Bridges and Kelly Oubre Jr. as a switchy guy who can swing at both forward spots. He’s even a bit stronger than those three, furthering the Suns plan of being a bit undersized at the four next to rebound/defense extraordinaire Ayton.

Bey’s elite, immediately translatable skill is versatile defense with a prayer that his shooting carries over despite a low volume in college.

The Ringer’s Kevin O’Connor compares the 6’6”, 215 pound Bane (ranked 22th on his Big Board) favorably to Malcolm Brogdon, Alex Caruso, Lamar Patterson. Those comparisons tell you what you need to know about Bane: high IQ, veteran skillset, ready for an NBA rotation.

Oh man, does this guy check all Jones’ boxes or what? It’s quite possible Jones already has Bane at the top of his draft board. Bane is a very good shooter. He makes all the right decisions but suffers from a low athletic ceiling that will force him to compensate throughout his career in other ways. Sounds just like Cam and Ty, right?

The Ringer’s Kevin O’Connor compares the 6’4”, 195 pound Alexander (ranked 30th on his Big Board) favorably to Josh Richardson, Kentavious Caldwell-Pope, Alec Burks. Those comparisons tell you what you need to know about Bane: Good shooting, great defense on and off ball, tons of hustle.

If you want someone a bit bigger than Jevon Carter and Cameron Payne to be your backup shooter with elite defense and hustle, then maybe Tyshon Alexander is the guy for you. He can even handle a bit and run some offense in the mold of Carter/Payne.

This is getting kind of low in the prospect pool at 30th on O’Connor’s board, and he’s not even top-60 on the Tankathon board. But that’s about where Cam Johnson sat on some boards last year, right?

Yep, another Bey. The Ringer’s Kevin O’Connor compares the 6’7”, 216 pound Bey (ranked 35th on his Big Board, though he’s as high as 14th on Tankathon’s) favorably to Otto Porter, Trevor Ariza, thinner Larry Nance Jr.. Those comparisons tell you what you need to know about Bane: great length (7’1” wingspan), defense, rebounding and shot-blocking in a wing-sized body.

This Bey played mostly inside in college at Colorado because of his physicality and length. In the NBA, he will be a swing forward and the only thing holding him back on that end is a consistent long-range shot which he finally developed a bit as a senior.

If you’re looking for a guy to fit easily into a swing-forward rotation around Ayton alongside Bridges, Cam and Oubre, this guy would fit very well.

We don’t know who James Jones and his staff will target in the 2020 Draft next month, or if he will trade out of that spot for a veteran like he did in acquiring Dario Saric and Aron Baynes (along with Cam and Ty).

But if the Suns do come out with a draft pick, you should bet the over on age 21. And that the profile of that player will be ‘good long term role player, unlikely to become an All-Star at any point’.