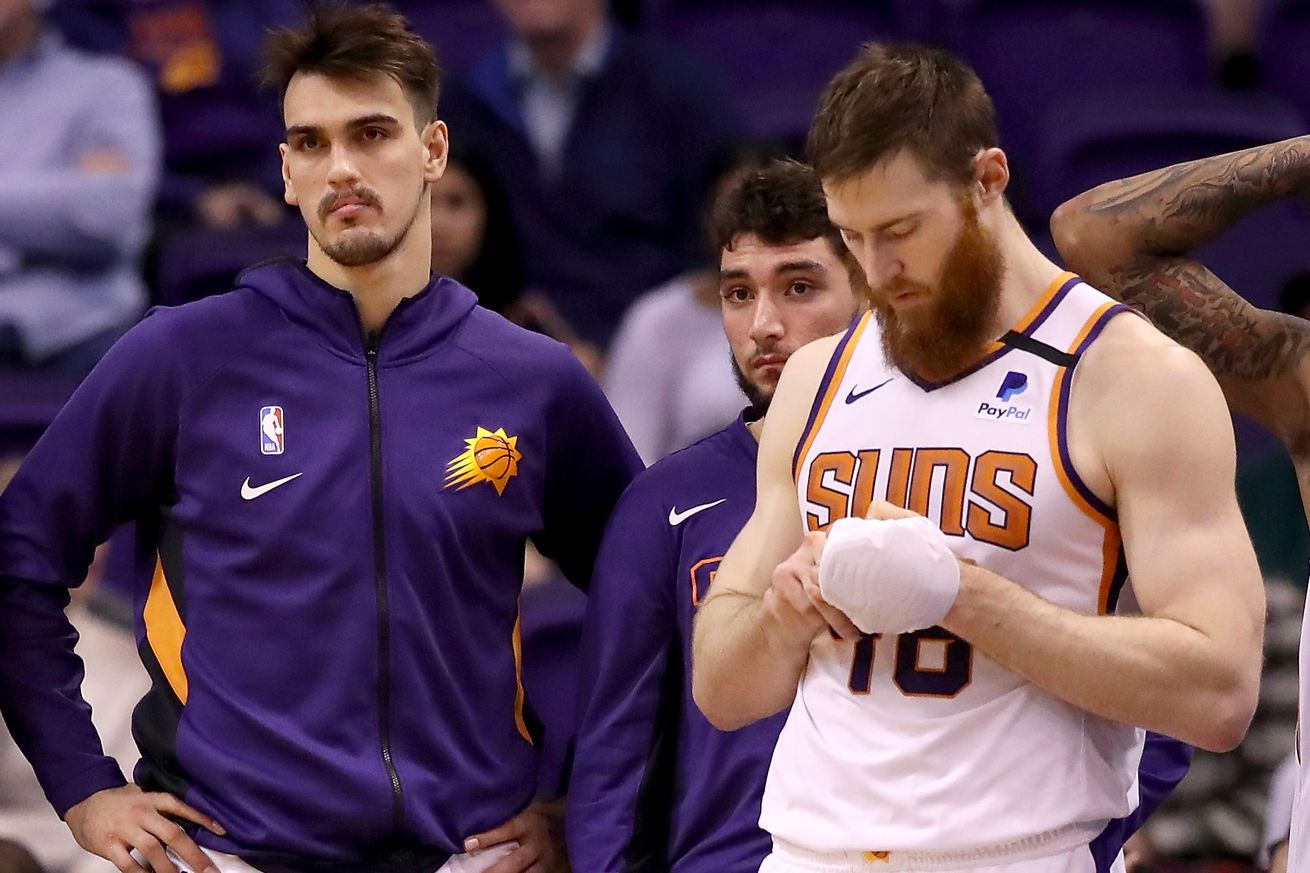 The Phoenix Suns could put half the roster out on the market come December 1.

The 2019-20 NBA season finally ended after more than a calendar year of games with the last four months encased in a 0-case Bubble.

Next season will be back in home cities with limited fan attendance. Football games this past month have dabbled in 1-25% capacity, though we have yet to see if said attendance is sustainable in the face of this still-ongoing pandemic of COVID-19. Players are getting sick, though, forcing at least 1-2 games a week to be rescheduled.

How can you keep the teams healthy outside a Bubble? A vaccine would help. Researchers say that various vaccines will be available in late 2020 or early 2021. These vaccines from private pharmaceutical companies will be likely not be cheap and may not even be covered immediately by insurance, but you can bet the NBA and other sports leagues will pay whatever it takes to get an early supply of doses.

Let’s assume for a moment that the NBA is committed to starting sometime in January in order to complete a full 82-game schedule.

The great Keith Smith talked about the latest rumblings on his timeline this past weekend.

NBA Draft is scheduled for November 18. Beyond that, nothing is set. The NBA and NBPA are expected to begin negotiating and finalizing those details over the next week or two. This will include setting the salary cap and luxury tax for the 2021 season, as well as season dates.

The 2021 tip-off date that has gained a lot of steam is MLK Day. Over the years that has become a key day on the NBA calendar and there is a belief that it may be the best day to start the 2021 season.

It’ll be the season end date that will drive the start date decision though. https://t.co/wQdXV64agM

In that case, free agency and trade season would need to take place sometime between the Draft, scheduled for November 18, and the opening of training camps as early as January 1. Nothing is set in stone yet, but the NBA really wants life (i.e. income) back to normal as quickly as possible.

It will be after the draft. Most around the NBA are preparing for it to be right around 12/1. They’d like to avoid Thanksgiving and pick up shortly thereafter. https://t.co/nKU6TKJdpg

That means your holiday presents will include new objects of your affection in Suns uniforms!

Half the league becomes free agents as soon as the new league year starts, so there will be lots players opening presents containing their new team gear.

What’s this got to do with the Suns?

Keith points out in other tweets that the NBA has a tight window in which to work backwards from the end of next year’s Finals. They really want to finish the NBA season before the 2021 Olympics start, for example. No one wants players to have to choose between playing for their country and playing for their employer in a playoff run. The NBA would also like to guarantee a clean, normal 2021 playoffs and regular-season schedule for the 2021-22 season with 100% fan attendance, which surely takes precedence over the Olympics issue. So many factors to consider.

There you have it folks. Whirlwind off season extravaganza will start very soon with the Draft on November 18, then the Thanksgiving holiday, then free agency probably starting December 1 with training camps on January 1 and a jam-packed 2021 schedule starting likely around MLK Day! Phew.