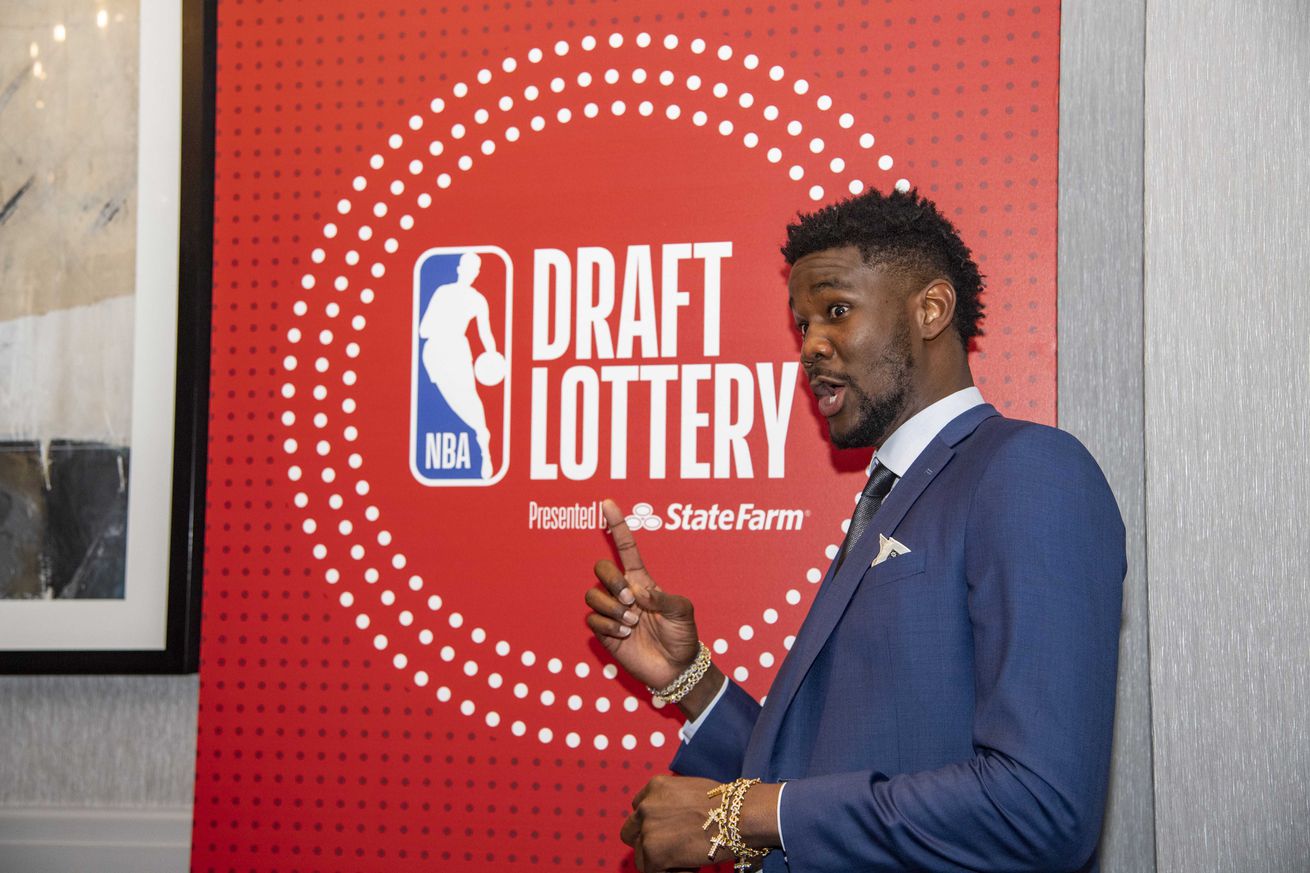 I know that many of you are done with draft picks and now just want to see the Phoenix Suns make the playoffs for the next decade. Me too. You’re tired of counting on rookies to be part of a rotation that hopes to make the playoffs sometime in the next 2-4 years. You’re tired of taglines like “The Timeline,” and you never want to hear the wording tanking in a Suns context again.

But before you say too many times to trade the Suns 2020 No. 10 overall pick or (gasp) sell it off, all you and Suns owner Robert Sarver need to do is reflect on the careers of Luol Deng, Rudy Fernandez and Serge Ibaka.

Those were notable picks the Suns dumped in the early days of SSOL, while they were making three Conference Finals in six years but did not have the depth to backfill for injuries and (eventually) age. Imagine those 2007 Suns with Deng and Fernandez forcing D’Antoni to have a rotation deeper than seven players. Imagine the 2010 Suns with Serge Ibaka coming off the bench to spell Channing Frye or Amare Stoudemire.

The Suns were the youngest team in the entire league this year, even after taking inordinately old 23- and 22-year olds with their two first-round picks. They project to be young again next year too.

The starting lineup that went 8-0 in the Bubble featured four players aged 22-24 plus old man Ricky Rubio (29). Coming off the bench was a “veteran” group aged 24-26, and the deep bench consisted of prospects aged 19-23. For context, the average age of the 450 NBA players across all 30 teams is 26 years old. The average age of the 16 playoff teams is 2-3 years older than that.

But the Suns still need to make their draft picks, and develop those picks into good NBA rotation players.

The Suns are currently slotted at 10th overall, based on records as of March 11, when the pandemic shut down the league.

But the NBA lottery happens on Thursday night, this time a virtual affair, where the Suns and 13 other non-playoff teams all have a chance to jump up into the Top-Four picks. Last year, all of the Pelicans, Grizzlies and Lakers made the jump. You’ll remember that the Suns, on the other hand, dropped faster than a chip in a game of Plinko.

In 2018-19, the Suns finished with an abysmal 19-63 record, tied for 2nd-worst in the league (worst, in our hearts). They lost a coin flip to drop to 3rd in the draft lottery order, then lost the lottery and dropped all the way to 6th. Then finally, on draft day, they traded their way down to 11th and took a player projected to go somewhere in the 20s. Disaster.

Yet, a year later, it was Cameron Johnson (that 11th pick) and Dario Saric (acquired in the trade-down) who had big roles helping the Suns to that 8-0 record and the cusp of the playoffs. Cam immediately became one of the best three-point shooters in the game, and Saric spent the year in and out of the starting lineup at both power forward and center. The Suns won games this season at an 82-pace that would have doubled their 2018-19 win total, likely finishing at 38-44 or better. Their actual record will go down as 34-39 in a 73-game season.

Thursday night, the Suns will have the 10th best odds to jump into the top of the draft order. In total, they have a 13.9% chance to jump into the Top Four. If they don’t jump up, they stay at 10th or might even drop to 11th or later if teams behind them jump up.

The great folks at tankathon.com offer this graphic.

Wondering who is at the top of this year’s draft?

Well, there’s no franchise-changer at the moment. There’s no Zion Williamson or Ja Morant waiting at the top. No Luka Doncic or even Deandre Ayton.

Draftniks describe this draft as one where the depth is pretty good but the extreme smack-you-in-the-face talent is missing. There’s likely half dozen long term NBA starters on the board, probably 20 overall rotation players, just like any year. But not likely any immediate All-Stars.

So, a bunch of Mikal Bridges and Cameron Johnsons. If I’m the Suns, I’d be thrilled to add another player of that caliber to the rotation.

That doesn’t mean there won’t BE any franchise changers in this draft. Remember when Devin Booker went 13th? And Giannis Antetokoumpo and Kawhi Leonard went 15th in their drafts? Or how about when Rudy Gobert went 27th, or Draymond Green went in the second round? Even Stephen Curry went 7th. And Steve Nash once upon a time went 15th.

The Suns might jump into the one of the top four picks on Thursday night. Or they might drop down to 11th or 12th. Most likely, they will stay right where they are at 10th.

Here’s the preliminary list of the top 20 prospects, ranked by our friends at tankathon.com.

You will read and hear a LOT more about some of these prospects once the Draft order is finalized after the lottery Thursday night.

For now, talk amongst yourselves about the merits of it all…