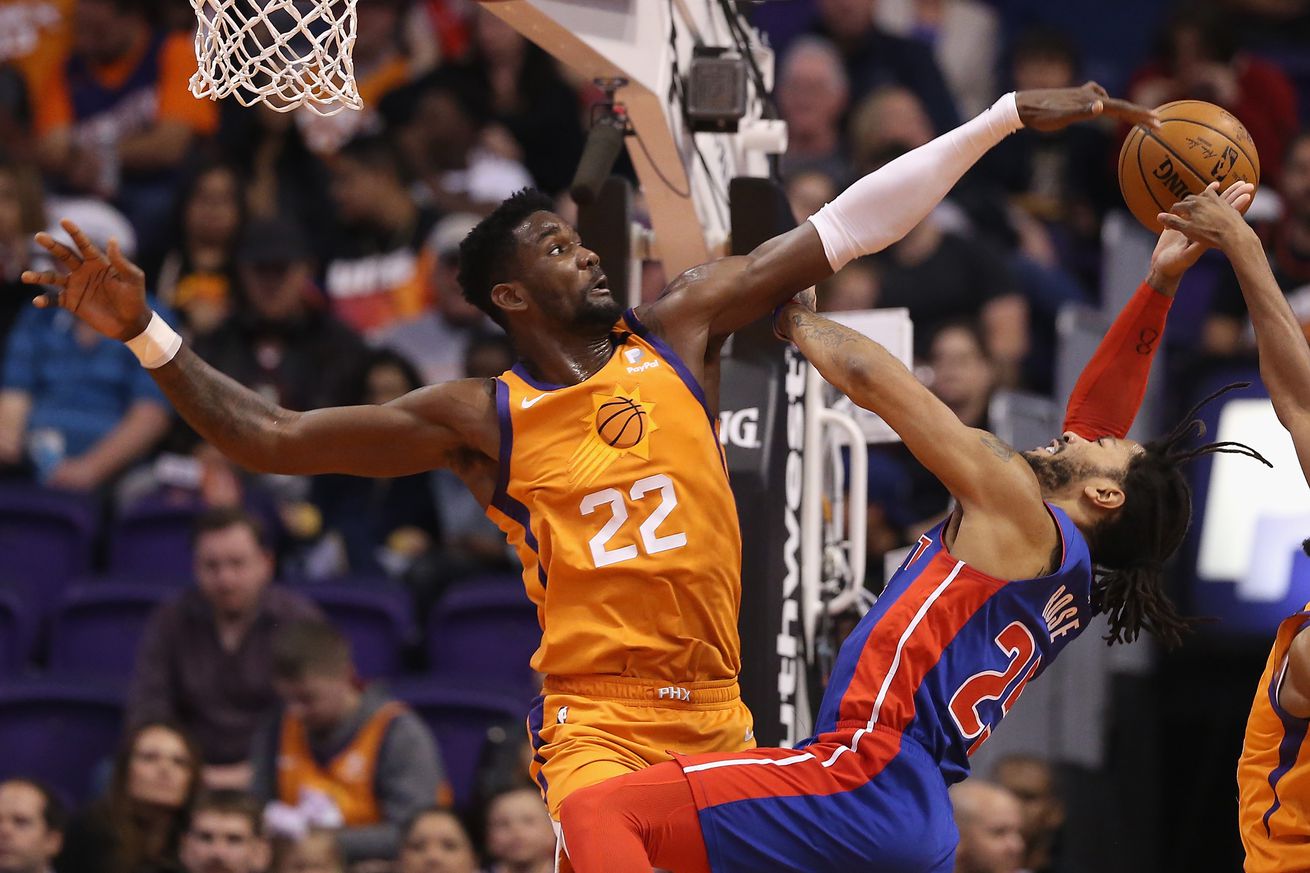 Revisit the creation of the Suns franchise, plus tune in for an interview between FSAZ reporter Lindsey Smith and Suns center Deandre Ayton.

While we are without Suns games for the time being, the Suns partnered with Fox Sports Arizona to give us weekly broadcasts with player interviews, stories from Suns history, and more.

The first broadcast is Sunday, March 22, at 7 p.m., and will feature the first of several “Since ‘68” short films remembering the biggest moments in team history. The first one will look back at when the Suns were awarded an expansion team, all the way back in January 1968.

After that, Fox Sports Arizona sideline reporter Lindsey Smith hosts a new episode of “The Outlet,” the Suns’ in-house podcast. Joining her for the first Sunsday broadcast is Deandre Ayton, who will “chat about his NBA journey, progress in his second season in the league and more while partaking in a friendly game of jenga.”

You can expect these broadcasts each Sunday at 7 p.m., with new tales from Suns history as well as new interviews and insights.

Check in here at Bright Side of the Sun soon for more details about Suns programming during the hiatus. The station is also set to rebroadcast the most memorable games of the season, including the Suns’ big win over Philadelphia in November.

Teams around the league such as the Grizzlies and Pelicans have used social media and streaming to make these broadcasts incredibly fun, and the Suns are hoping to do the same.

Start by tuning in Sunday night at 7 for the first Sunsday broadcast to enhance your self-distancing time and get a little NBA back in your life.