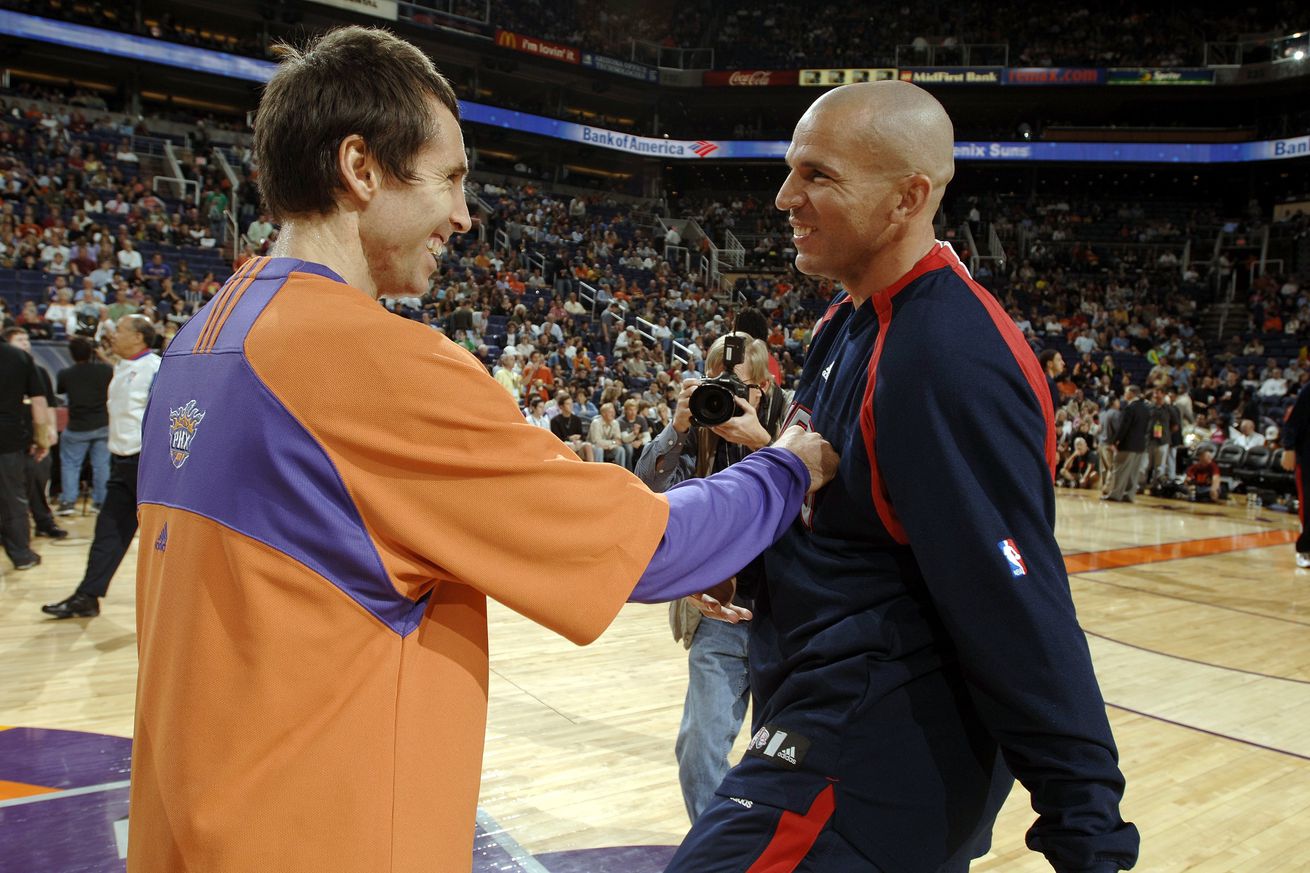 Jason Kidd, Steve Nash and Charles Barkley made the list.

The Suns have had some great teams, but not a lot of historically great players. It’s a strange trick of the franchise’s history that the few blips that came along throughout the Suns’ 50-plus year history that most of the great moments were centered around one transcendent player and a roster of good role players. That much certainly came through when ESPN ranked the 74 best NBA players of all time and only came up with three Suns.

The three Phoenix players on the list are Jason Kidd, Steve Nash and Charles Barkley, though of course there are some such as Vince Carter and Shaquille O’Neal who spent a minute in the Valley.

How do we feel? Anyone too low? Remember, the grand total of championships for this group is one, which Kidd won in Dallas in 2011. Barkley made the playoffs 13 times but reached the Finals only once. Nash made the playoffs 12 times but never made the Finals. Kidd by far had the most playoff games played at 158, but none of these guys’ postseason records is particularly exciting.

Still, all three are Hall of Famers. They are memorable talents and widely respected among NBA fans. And it’s hard to quibble with anyone placed ahead of them. To break into the top 40 all-time is remarkable, even if it’s not quite the vaunted tippy-top.

The only issue I really take with this list is that Giannis Antetokounmpo (27) is already ahead of Nash (30). The Greek Freak is still behind Nash in terms of MVP awards, and Antetkounmpo hasn’t made it past the conference finals, either. In terms of the regular season, Nash and the Suns’ incredible run from 2004-07 is just as good as what Antetokounmpo is doing now, in my opinion. This ranking feels weighted toward expectation for the Greek Freak, which isn’t exactly fair (though ESPN always does it with this stuff).

Otherwise, you’re trying to argue Barkley is better than Scottie Pippen or Dirk Nowitzki, and I think his Finals loss makes that case pretty tough to make. Barkley is usually properly rated in these exercises, even if I think fans underestimate his prime sometimes.

Kidd actually, to me, seems kind of high. His career statistics are nothing to blush at, though he was the best player on two Finals teams. My argument would be that the early-2000s was one of the weakest points talent-wise in the history of the NBA, and his teams got squashed. He was never the best player on a great team, and it seems like ESPN is giving him the benefit of longevity rather than actual peak greatness.

I would knock Giannis down behind Nash, bump Kidd back to about 41, and leave Barkley where he is.

What do you think?