Deandre Ayton may be on the move. According to ESPN’s Brian Windhorst, the Pacers are “very close” to executing a sign-and-trade with the Suns for 23-year-old Ayton, who was the first overall pick in 2018.
Source: Jared Greenspan @ New York Post

James Boyd @RomeovilleKid
No, this isn’t the Deandre Ayton piece you’re looking for. 😂
But I did catch up with former #Pacers All-Star Domantas Sabonis, who now plays for the #Kings.
You can read this while you (and me and everyone else) wait. indystar.com/story/sports/n… – 2:24 PM 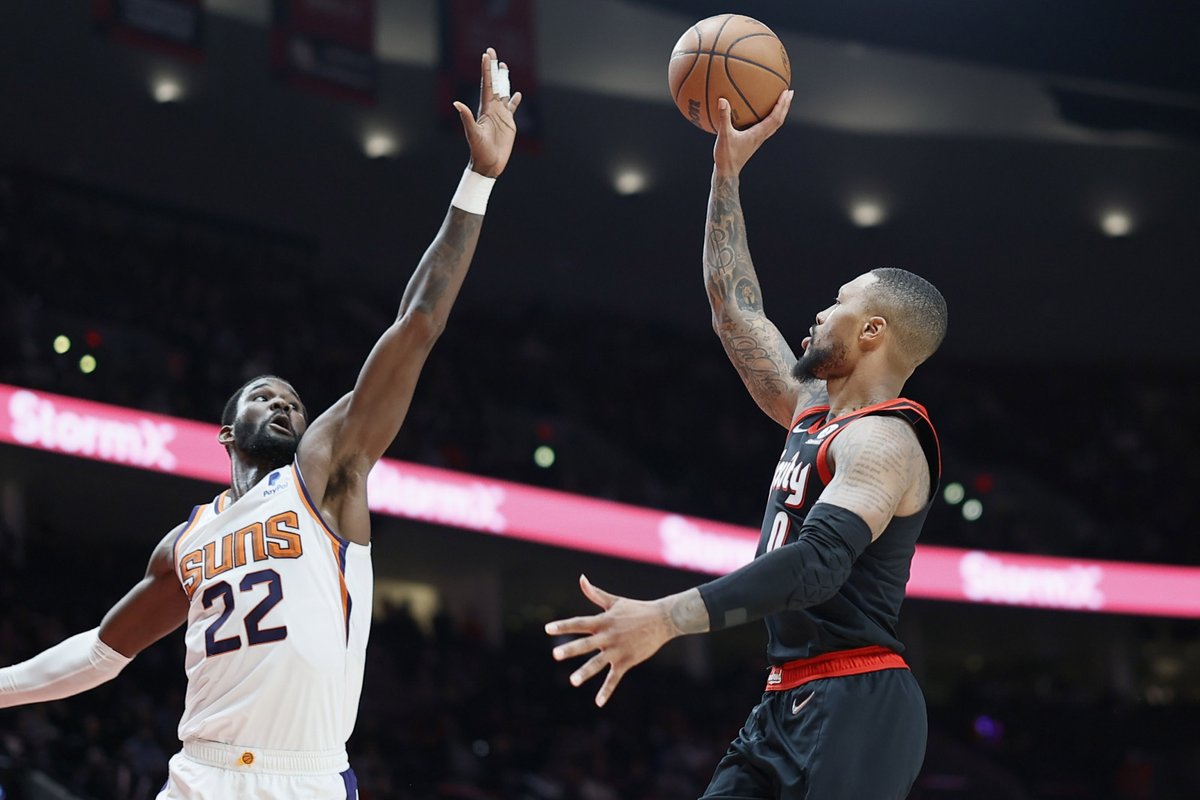 John Hollinger @johnhollinger
One quick hypothetical trade note: Despite Deandre Ayton’s base-year compensation limitation, he can legally be traded into cap space for a player who makes $18 million, as long as his first-year salary is at least $26 million. If such a player were to exist, that is. – 1:02 PM

Gerald Bourguet @GeraldBourguet
If it really just winds up being Deandre Ayton for Myles Turner in a straight up sign-and-trade, with no draft compensation, that’s an obvious net loss. At least you’d be getting a starting C ahead of a potential move for Kevin Durant, but man, that’d be underwhelming for DA – 12:00 PM

Duane Rankin @DuaneRankin
“I think it was more of having to wait for the Deandre Ayton and now KD, trying to figure it out. For me, it was just like at this stage of my career and what I’m looking for, I don’t have time to be waiting on somebody else.” JaVale McGee #Suns #Mavs #NBA https://t.co/lzOZbaJJt4 pic.twitter.com/2Y9ieFpj7E – 2:25 PM 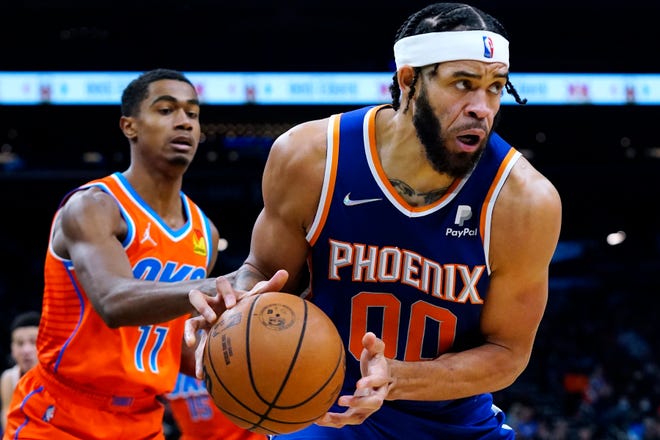 Keith Smith @KeithSmithNBA
With only the Spurs and Pacers having real cap space left, and a sign & trade difficult to make work due to BYC issues, it’s getting hard to find homes for the top two RFAs left on the market: Deandre Ayton & Collin Sexton.
SAS & IND are ideal “third team in” trade partners. – 9:12 PM

Austin Krell @NBAKrell
Today is a relatively significant checkpoint in the Durant stuff.
Brogdon trade can be made official, clearing the cap space for Indiana to make an offer to Ayton.
If he signs the offer sheet, the Suns cannot sign-and-trade him as part of a Durant deal. – 1:21 PM

Duane Rankin @DuaneRankin
“KD asked for a trade. He knows what’s exactly best for him and nobody can tell him what’s best for him. As for DA’s situation, I think the team would love to have DA back. Everybody loves DA.” #Suns big Bismack Biyombo on Kevin Durant and Deandre Ayton. https://t.co/sgYiDOPEIl pic.twitter.com/wZqIXeDLhl – 9:42 AM 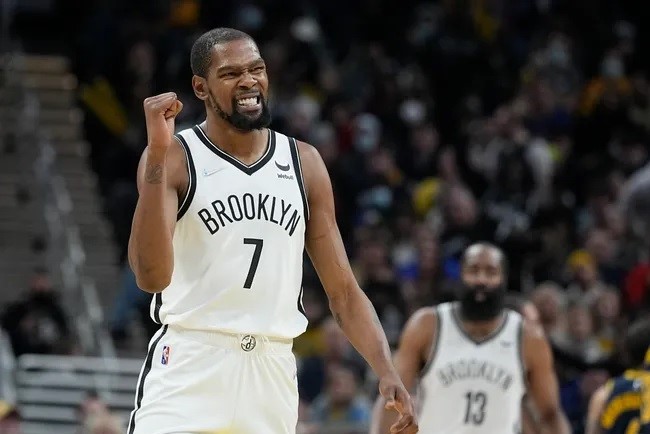 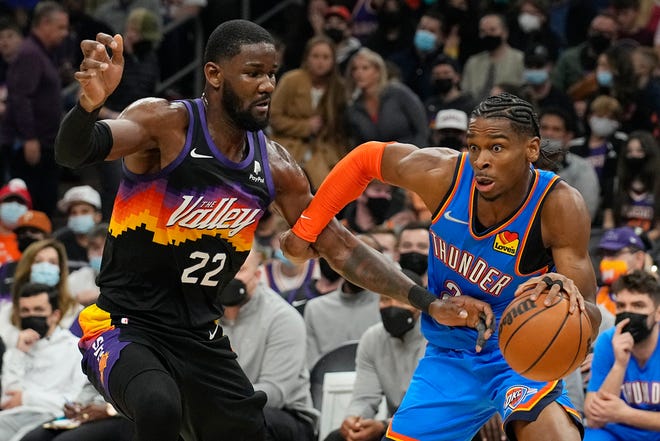 More on this storyline

“That is now on the verge of happening and that is opening enough cap space to almost give Deandre Ayton the max contract that he’s looking for,” Windhorst said Monday on ESPN’s “Get Up.” “We could see something with the Pacers and Ayton as early as today. The whole league is waiting to see if this is the next domino to fall.” -via New York Post / July 11, 2022
Deandre Ayton is easily the best free agent still available. His market has been slowed due to his status as a restricted free agent and the Phoenix Suns possible pursuit of Kevin Durant. Now, it seems like Ayton is finally getting some movement on his next contract. While speaking on ESPN’s Get Up, Brian Windhorst said that the Indiana Pacers could sign Ayton as soon as Monday to an offer sheet. Windhorst also said a sign-and-trade is possible to send Ayton to Indiana. -via RealGM / July 11, 2022
Several teams have already been linked to Ayton in free agency, and right now, the Indiana Pacers have emerged as a possible destination for the former first overall pick. According to NBA guru Brian Windhorst of ESPN, Indiana could be looking at the possibility of a sign-and-trade for Ayton involving Myles Turner: “The forgotten man out there, and that’s Deandre Ayton,” Windhorst said (h/t The Trade Deadline on Twitter). “This man, at some point, is gonna get paid, and that could be by the end of this week. The Indiana Pacers are seriously considering giving him an offer sheet. They’re also interested in negotiating a sign-and-trade with the Phoenix Suns for Ayton, potentially involving Myles Turner to be his replacement at center.” -via Clutch Points / July 8, 2022