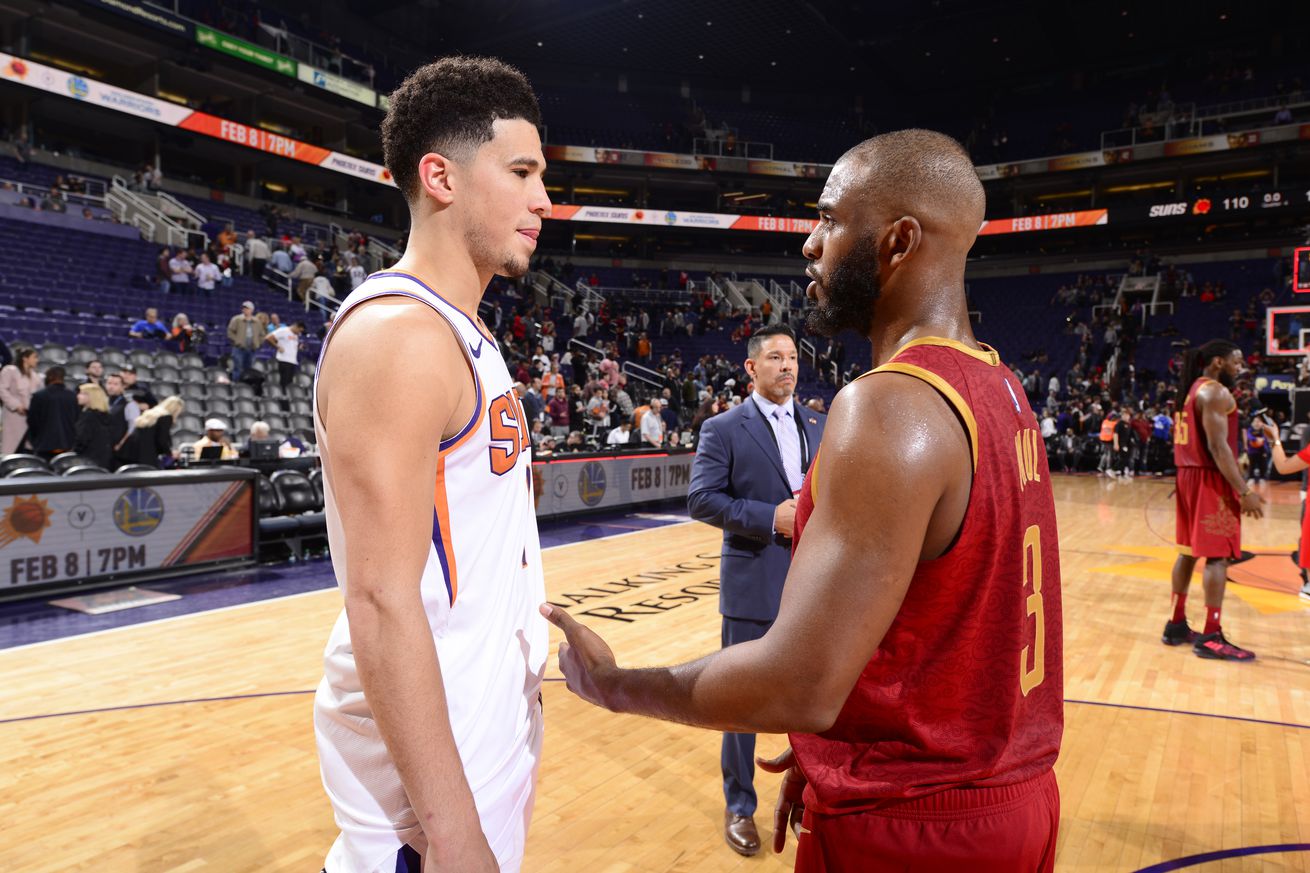 Many set their Woj and Shams notifications to “ON” on Monday morning. The possibility that Phoenix Suns could land Chris Paul, a 10-time All-Star and probable Hall of Fame point guard, excited a fan base coming off the high of an 8-0 bubble run.

Multiple outlets reported the mutual interest last week, not only between the Suns and the Thunder but also between Devin Booker and Chris Paul themselves. Paul, in particular, sees Booker as a superstar and was impressed with the Suns in the Bubble behind his beloved former coach Monty Williams. Devin Booker, for his part, is interested in any trade or free agent that gets him into perennial playoff expectations.

The rumor went small-stream nearly two weeks ago before any national writers picked up on it.

I can confirm from Multiple close sources that Chris Paul to the Suns is gaining traction! Stay tuned to my Twitter account and the @Coast2CoastPod1 for up to the minute information regarding this possible Blockbuster. It’s a better situation than most of you might think. pic.twitter.com/ZY8Fnev6Oe

A few days later the talks went mainstream with Brian Windhorst covering it for ESPN.

After that, the rumors got very silent. Flex kept checking his source and new info began to dry up as the teams battened down their hatches even more, as the pressure amped up ahead of trade season today.

Rumors started that Cam Johnson would potentially be a part of the deal, as discussed with Flex on the Suns JAM Session podcast. It is a trade chip the fan base would have a hard time trying to justify, but is not something that would be outside the realm of possibility.

Chris Paul is old now — 35 years old right now, to be exact — and extremely expensive — $41 million this year, $45 million next year, all guaranteed.

And yes, Chris Paul gets nagging injuries, but the reality is that he played 70 of a possible 72 games this past season (tied for the most on the Thunder and would have been second-most on the Suns behind Bridges). That was the most games he’d played in four seasons.

The net difference is about $5 million LESS in spending room in free agency if they execute the trade this week.

However, there are rumblings that the Suns will wait to finalize the trade until after free agency to give them a little more flexibility for the weekend free agent bonanza. Could mean the difference of $12 million vs. up to $18 million.

The news began to break as the morning sun gave way to the afternoon in Phoenix.

The rumors were no longer rumors. The speculation that began with a Tweet from Flex was coming to fruition.

The transaction brings excitement to The Valley and engages the fan base. Not since Charles Barkley came to Phoenix in in 1992 has there be so much excitement around the Suns organization. This trade occurs the day after the Arizona Cardinals’ felt vindicated for their splash trade this past off season, acquiring Deandre Hopkins. His catch of a Hail Mary pass in the endzone propelled them to a 32-30 victory over Buffalo and into first place in the NFC West.

Shams began to break down the pieces of the transaction shortly thereafter.

Cameron Johnson would not be a part of the deal. Suns fans, sigh your sigh of relief. Contrary to late rumors on Sunday night, the Suns will keep the 2nd year forward from North Carolina.

The wing depth for the Suns will remain intact, which may equate to the Suns opting to draft a point guard on Wednesday nights draft.

That is if the Suns did not send the #10 pick to OKC as part of the “draft compensation”. Draft compensation can mean a plethora of different options. The Thunder possess over a dozen first round drafts picks through 2027. The will add another from the Phoenix Suns to the mix.

Shams broke down the draft compensation:

The Suns would be keeping the #10 pick on Wednesday as well.

What is key here is that the Suns are also keeping their first round pick in the 2021 NBA Draft, a draft that is expected to be loaded. If the traded works the way it is designed, that is draft sock that the Suns will not need.

There you have it. Chris Paul is now a member of the Phoenix Suns. The team has decided to roll the dice, take a chance, and make a run.

Devin Booker and Chris Paul, together with the Suns now pic.twitter.com/kxV2rE5YLU

Kudos to the Phoenix Suns organization for taking a shot. For taking a chance. For stepping up to the table and playing the game. Too many off seasons have come and gone without substantial movement. James Jones is putting his chips on the table. We all hope he hits a blackjack.

It is a move necessary to prove to Devin Booker that the Suns are serious about winning. He is a player primed to take another step, and with CP3 by his side, it could launch him into the stratosphere. The talent is there. The desire is there. Now the help has arrived.

Thank you to Kelly Oubre and Ricky Rubio for the contributions you have to the Phoenix Suns organization. We gained an identity under your watch and became a team under your guidance. Both player will be missed by the fan base for numerous reasons. They both deserve City Edition jerseys.

The move by James Jones to bring in Monty Williams can not be understated. The foundation of this team starts with the GM and it executed by the head coach. Monty’s relationship with Chris Paul was a major factor in his desire to come to Phoenix. Perhaps CP3’s willingness to take a chance on Phoenix will bring more players to the Valley of the Sun.

Chris Paul on Monty Williams: “His basketball mind — I used to get so excited before the games about the plays he was drawing up. …” pic.twitter.com/TtV2oi0giK

Buckle up, Suns fans. It will be a crazy week. We will soon see CP3 donning the purple and orange. The Suns will navigate the NBA Draft on Wednesday and free agency on Friday.

This is the best case of the Monday’s ever!