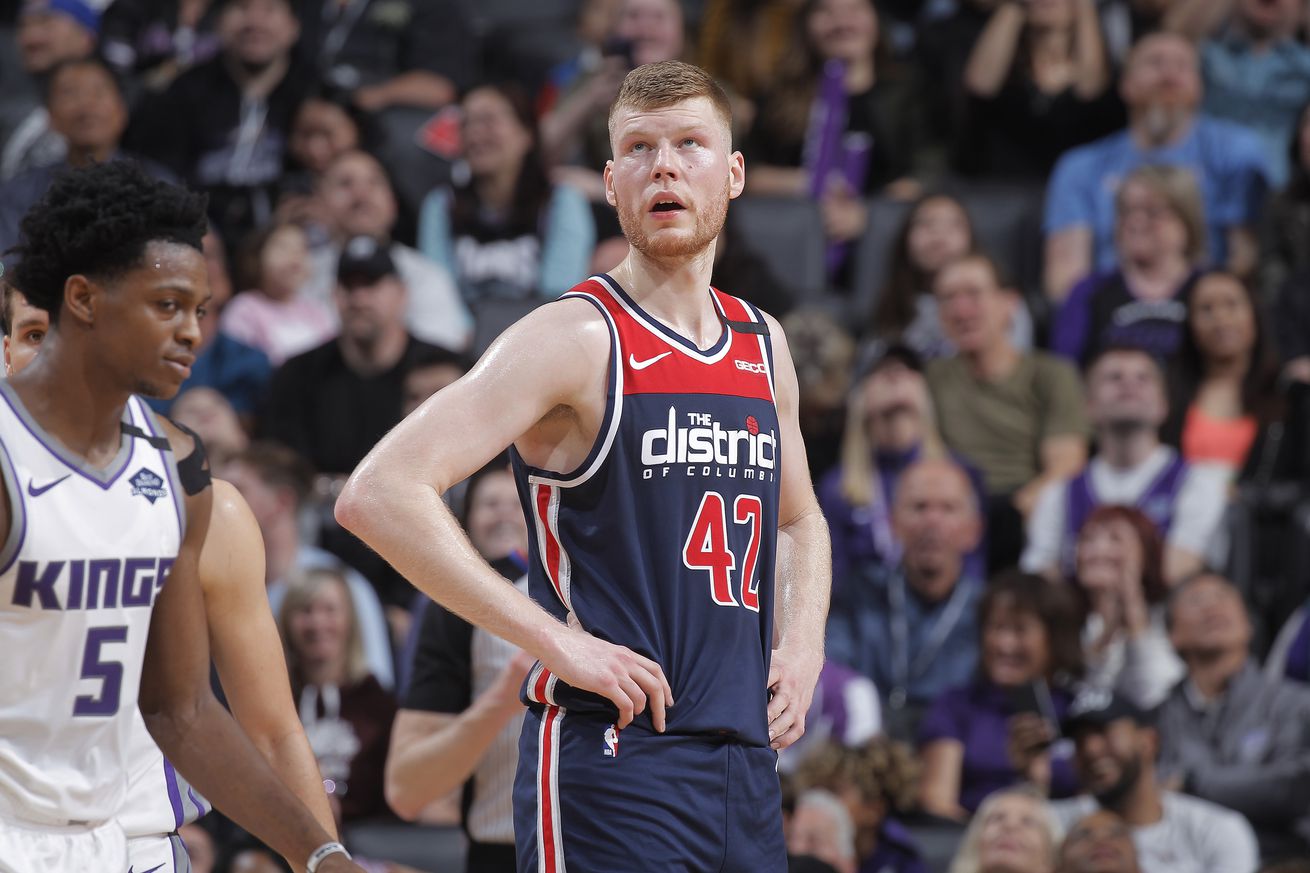 Few players shot the ball from deep better than Davis Bertans during the 2019-20 NBA season. From just about everywhere on the court, whether he was open or guarded, and no matter who was feeding him the ball, Bertans rained triples.

Right on time, he enters free agency this fall with the chance to make a ton of money.

While a player who nearly doubled his points per game might otherwise by looked at as a contract-year phony, Bertans has been a very good to elite three-point shooter since the moment he entered the league with the Spurs. Bertans’ three-point efficiency has hovered around 40 percent while his free-throw shooting, which can often help us understand a player’s shooting prowess, has been above 81 percent all four seasons of his career.

What Bertans really showed with the Wizards this past season is that he can handle bigger minutes and more defensive attention and still make shots. By doing that, Bertans set himself up for what will likely be a big pay day in 2020. The Suns, a team under James Jones who has valued shooting especially highly, could be considering a huge offer.

Don’t make any mistake about it: Bertans is good at two things. They are being big and making threes. A subpar athlete, Bertans is not likely to grab any rebounds that are not right in front of him. Nobody would trick themselves into thinking he’s a good passer. And defensively, both Bball Index’s Defensive Player Impact Plus-Minus and Basketball-Reference’s Defensive Box Plus-Minus show that Bertans cedes about 2 points per 100 possessions to the opponent just by being on the floor.

Still, Bertans is not merely a good shooter. If he keeps up his play from last season, he has the chance to be a great shooter. Bertans shot 42.4 percent from deep and was over 40 percent even when a defender was close by.

Standing 6-10 and with a lightning-quick release, Bertans is able to get his shot off against just about anyone. He’s not particularly agile because he’s so big and tall, but he at least is aware enough to spring open when the defense looks away. Give him an inch and he has almost a 50-50 chance to nail the shot.

That range is the biggest reason I’d get excited about him if I’m the Suns. Monty Williams was able to draw up relatively simple sets (as I outlined writing about Langston Galloway) using the gravity of far lesser shooters like Mikal Bridges as well as Deandre Ayton rolling to the rim. Imagine a stretch forward like Bertans pulling his defender even further away from the hoop. With him on the floor, it would be even easier for Devin Booker to get open driving to the rim or pulling up from midrange.

Because Bertans is smart and mobile, too, this is not a Ryan Anderson redux. Washington ran Bertans off screens and found ways to involve him in the half court that were not simply spacing the floor from a standstill.

Still, the Suns tended to prefer more versatile lineups with smaller forwards like Bridges, Cameron Johnson, Kelly Oubre Jr. or even Devin Booker at the 3. Williams didn’t necessarily prioritize having size in those spots, especially if it meant sacrificing speed and athleticism on defense. Bertans wouldn’t necessarily fit into the Bubble mold that sprung the Suns to an 8-0 record in Orlando.

Over at ESPN+, front office insider Bobby Marks predicted the 27-year-old Bertans would be in line for $12-14 million this offseason based on conversations with executives around the NBA. That’s pretty reasonable for a high-end bench player these days — Marcus Smart makes $16 million.

Kevin Broom writes at Bullets Forever that $17 million could be the upper limit for Washington. A contract at that level or lower would allow the Wizards to stay under the luxury tax, and of course they have his Bird Rights, meaning they can go over the salary cap to keep him.

Yet Bertans to me still feels like the type of treat that vaults a contender over the top rather than someone who would make a marked impact on the Suns. They’re different players, but his free agency is likely to be similar to that of Marcus Morris. Both guys have far more value as ceiling-raisers for high-level playoff teams than as floor-raisers for a wannabe playoff team like the Suns.

To even dream of signing Bertans at something between $12-17 million, the Suns would need to cut loose just about every free agent on their roster. While I certainly expect the Suns to keep another shooting forward on their roster next season, whether that’s keeping Dario Saric or signing someone in free agency, Bertans just seems like a luxury the Suns don’t need.

What he does is not likely valuable enough to the Suns’ roster in this team’s specific circumstances to spend as much as it will take to get him.