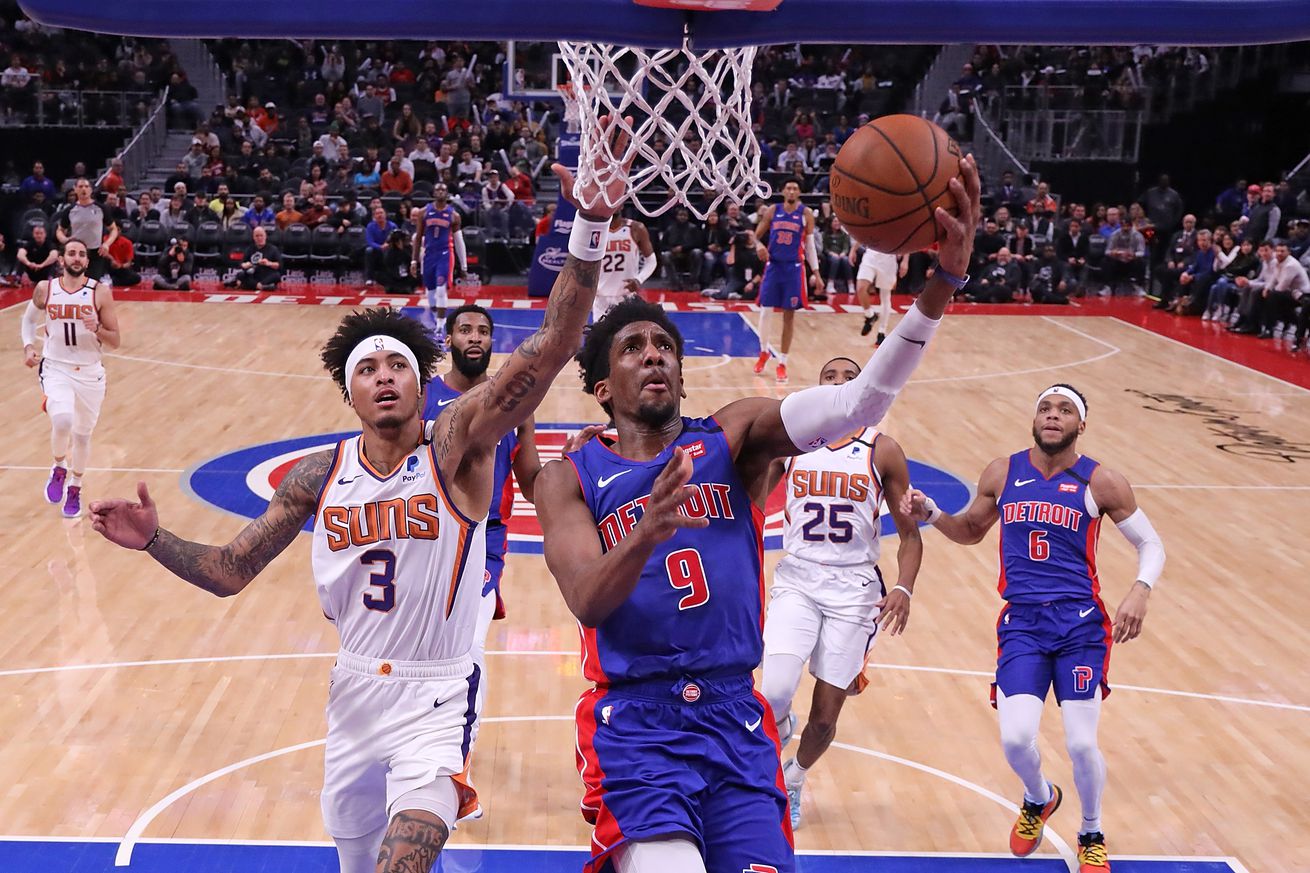 Galloway would be the perfect marksman off the bench for the Suns.

When you’re looking at possible free agent options for the Suns this fall, don’t bother investigating further on anyone who can’t shoot. Players who cannot at least knock down open threes off a skip pass from Devin Booker or a hit-ahead in transition from Ricky Rubio should not be on the Suns’ radar, and judging from James Jones’ track record so far, they won’t be.

If the guy can really stroke it, even better. Aside from Booker and Cameron Johnson, the Suns have a bunch of passable shooters, but nobody great. Monty Williams probably trusts Cameron Payne and Jevon Carter and Mikal Bridges to hit open looks, but when they have a hand in their face or have to readjust a bit, they’re decently likely to miss. As we look toward free agency, Langston Galloway presents a fascinating free agent option if the Suns finally want to play an elite shooter off the bench.

We know Jones and this Suns front office liked the idea of a deadeye combo guard because they traded into the first round to draft Ty Jerome in 2019. Jerome will likely get another shot at breaking into the rotation in 2021, but regardless, the Suns should not consider that spot a lock. Galloway shot 40 percent from deep on seven three-point attempts per 36 minutes last season with Detroit and has been a very good shooter for about four seasons now.

Detroit coach Dwane Casey often used two big men in screening actions in the halfcourt to take advantage of the play-making abilities of Andre Drummond, Christian Wood and Blake Griffin in space. That meant that little quick hitting screen actions could easily free up Galloway for spot-up threes off of the Pistons’ main set.

Look familiar? The way Casey got Wood and Drummond going downhill then used screening around the court to free up Galloway is exactly how Williams would use the sharpshooter. With Rubio and Booker distributing rather than Derrick Rose, the Suns could see Galloway get even more open shots in purple.

Galloway is coming off a contract that paid him $7.3 million. The Suns are unlikely to use their cap space on Galloway (if they create any space at all by cutting players, Galloway is probably not the prize they’ll do it for), but if they go the likely route and operate under the salary cap this offseason, Phoenix could use the $4.7 million room mid-level exception on Galloway. That would represent a downtick in pay, but the reality is some players are just going to get squeezed this offseason with the salary cap expected to stay even with last year’s.

The sharpshooter will also be 29 by the time next season starts, meaning he could see his last deal with Detroit as his one big payout and be willing to accept a somewhat smaller salary, especially if he knows he’d be up for a big role with the Suns. There is always a market for shooting, so there’s a chance another team bids more than the Suns, but it’s unlikely to be the rebuilding Pistons, and even proven great shooting specialists like Joe Harris rarely make all that much more than $7 million per year.

This all also rests on the Suns having room in their backcourt for another rotation piece. Do they value Carter long-term and try to lock him into a legitimate contract in restricted free agency? Do they keep Payne in place as the backup point guard? Does Jerome last through the offseason or is he used as a trade chip? All that would go a long way in determining whether Galloway is worth the money, but as a general concept, signing a guard who can play either position and is an elite shooter is a solid way to spend.

Assuming, if the Suns create cap space, they do so with a specific starter-level player in mind, Galloway makes logical sense as a value shooter to round out the rotation. We know he can fit offensively with how the Suns play and would complement the skills of their best players. Considering the Pistons are likely to move on and there may not be many big spenders this year, the Suns could get him on a reasonable mid-level exception deal.