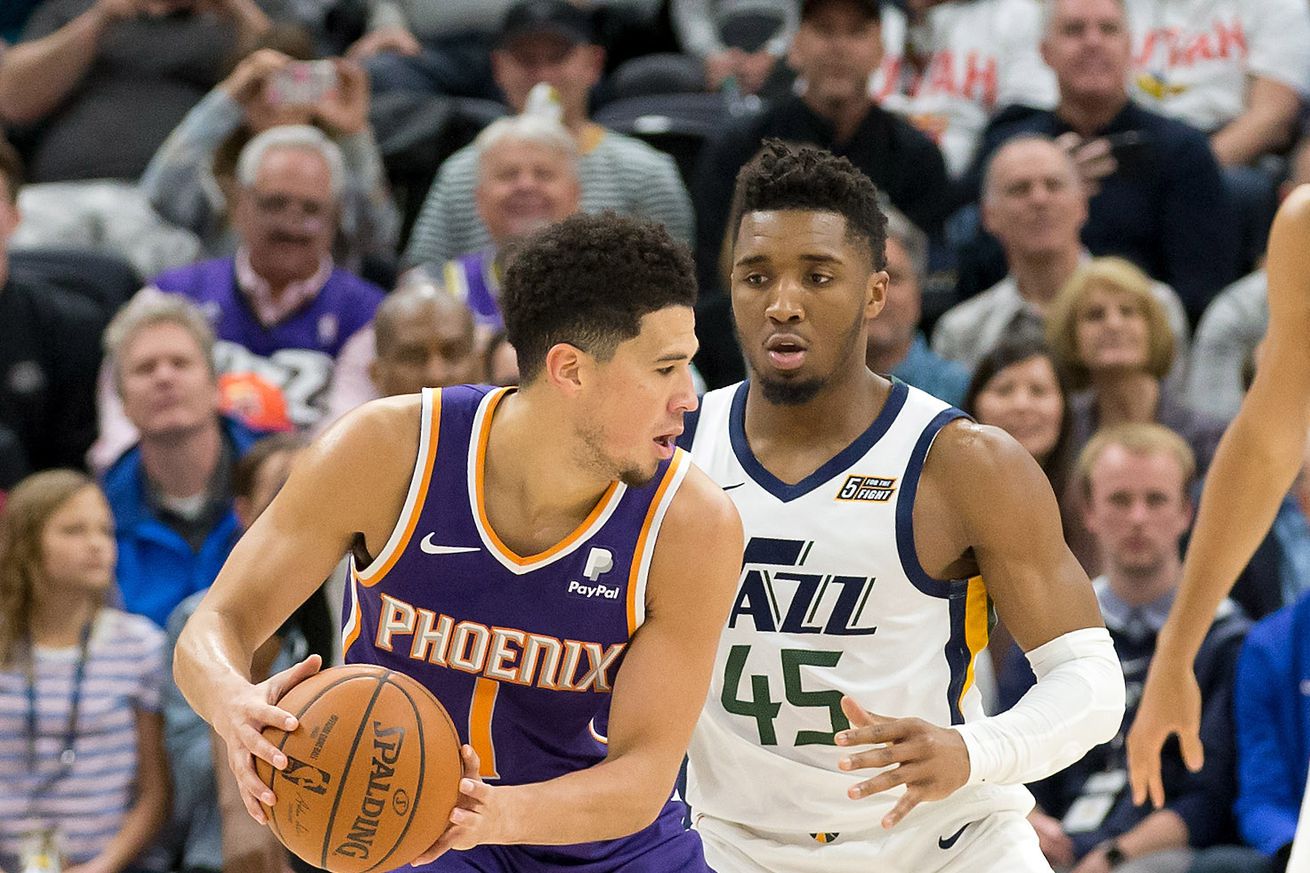 The Phoenix Suns will finally play against another team on Thursday this week! Basketball is hurtling back into swing within the confines of the Orlando bubble.

It’s only a scrimmage, and the first scrimmage only has 10-minute quarters, but it’s game play against another team!

“I’m just excited for the experience to get to compete again, honestly,” All-Star guard Devin Booker said in a Zoom call with local media on Tuesday.

The players from 22 of the NBA teams flew to Orlando between July 7 and July 9, minus those who tested positive for COVID-19, quarantined in their rooms for another 36 hours, and taken COVID-19 tests almost daily since then. Some players arrived later, once they were cleared of the virus.

How have they avoided transmission while playing a game that is quite the opposite of proper physical distancing? By following some very strict guidelines: don’t interact with anyone but your own healthy team, mask up, keep physical distancing when not actually practicing on the court, and just simply be a hermit when not doing basketball activities. They haven’t even hung out with players from other teams staying in their same hotel.

The Suns are taking this very seriously. They keep a tiny social circle. They and everyone around them wears their masks to avoid transmission for a just-in-case, only taking them off for game play. They wear a beeper that tells them when they are too close to another person (within the CDC-recommended 6 feet). They have health monitors that keep tabs on body temperature among other things. And their ‘magic bands’ won’t work to get them into practice if they haven’t reported and passed a health quiz each morning.

And it’s working. The NBA announced there have been no positive tests for the virus since teams have settled into the bubble.

In case you didn’t know, there are some important things to know about the Jazz

Other than that, the Jazz are the Jazz. They have a quality team even without Bojan, and they have a pretty good option in Joe Ingles to bring back in the starting lineup.

Did you hear? Ricky Rubio was seen practicing with the team on Tuesday! Now that basketball jesus in here, the Suns can actually be competitive from the get-go and go back to playing the way that led the league in assists per game this season.

“I’m very excited, man, I love to compete,” Booker said of anticipation for the scrimmage. “That’s what I’ve missed the most. Getting some good bump up and down the court is what I’m looking forward to.”

“It’s gonna be fun,” Jevon Carter said. “I can’t wait to get out there and compete.”

Now the only non-sightings left for the Suns are Aron Baynes, Elie Okobo, Jalen Lecque and Tariq Owens. Only Baynes and Okobo are in the regular rotation. Who knows, they all might just appear in the next day or two.

But if there’s no Baynes, then you can expect Dario Saric and Frank Kaminsky to back up Deandre Ayton.

The only other update we have is that Kelly Oubre Jr. is still not practicing with the team during live-contact sessions (knee rehab). Head coach Monty Williams says that Oubre has not upped his practice time — instead he’s working on the side with trainers — and now that scrimmages and games are coming every other day till the season ends, he’s not sure how many more chances Oubre will have to practice five-on-five. Of course, that’s no different than any regular season injury. When he’s ready he’s ready.

Without Kelly around in the lineup, you can expect Dario and Frank to get more traditional power forward minutes than they would have otherwise, and Mikal Bridges and Cameron Johnson will rotate on the wing.

Monty Williams mentioned we might see more three-guard lineups in Orlando to maximize shooting opportunities. I assume that means Ty Jerome or Jevon Carter getting time with Booker and Rubio on the court. That can also mean he’s including Cam Johnson in that guard mix because of the shooting prowess. We will find out soon enough.

My guess on the rotation is:

The Suns BEAT the Jazz by a whopping score of 131-111 on February 24, just a little before the league shutdown.

Ricky was incredible versus his former team with 22 points, 11 assists, 7 steals and 6 rebounds against only 1 turnover. Booker had 24 points and 10 assists himself. Nine different Suns players had at least 8 points in the game. The Jazz were healthy. The Suns just beat them.

Many of the teams begin the “scrimmage szn” today, so check out NBATV and League Pass and online feeds for some action game action tonight!

The Suns don’t play till tomorrow at 5PM so for now just savor the anticipation.