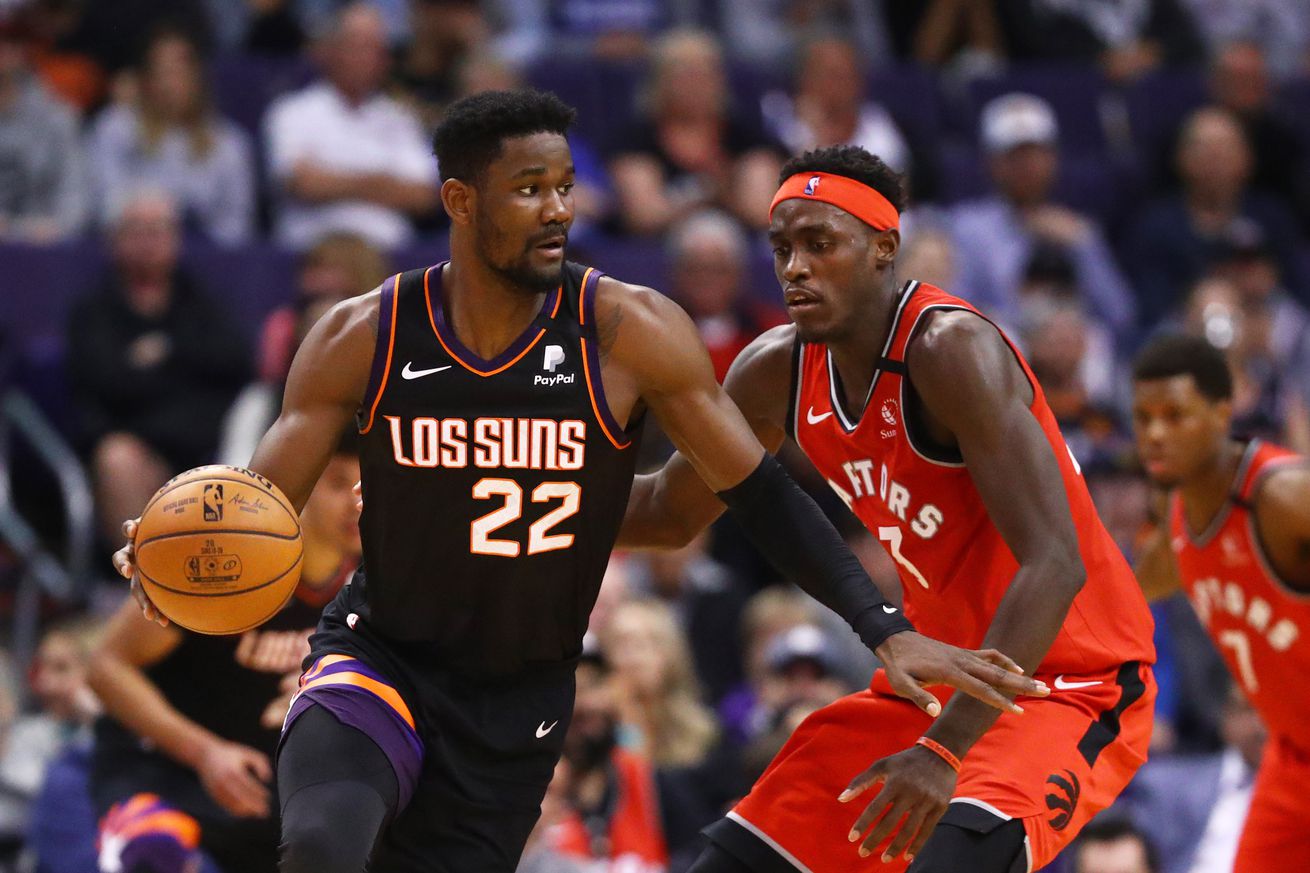 Suns go against the Raptors in a friendly scrimmage on Tuesday

What: Phoenix Suns vs. Toronto Raptors

I could show you some crazy scrimmaging stats and tell you that they are a window into the Suns’ future.

Or, I could tell you not to sweat the small stuff, and don’t take any of these scrimmage results seriously. If you did, you would be excited about some of the wrong things. For example, last October preseason,

So don’t sweat it when, in this new round of exhibition scrimmaging in Orlando, Deandre Ayton hasn’t taken any free throws but leads his team in three point shooting. Don’t sweat it when the deep backups are getting way too much run.

When you watch the Suns-Raptors tilt on Tuesday, just enjoy watching Suns basketball again for the first time in four months and don’t worry about score or the players’ individual stats.

What you CAN take away from the scrimmages is everyone’s health status.

You can be glad that Ricky Rubio is back in charge of the offense because without him they have not looked as coherent as we are used to. During these scrimmages, the Suns are 20th out of 22 teams in assist rate after leading the league over 65 regular season games. Rubio is not quite in shape yet, after a month of battling with the virus, but he will get there and he’s so much better than anyone else on the team at running the offense.

Backup guard Elie Okobo is back too, and likely to play in Tuesday’s scrimmage.

Elie Okobo is back and he has brought with him a v good Kelly Oubre Jr. impersonation (https://t.co/RmPQerVPl0) pic.twitter.com/mOo7kJivT4

For the scrimmage, the Suns will be without Aron Baynes — who’s targeting Friday to be ready after coming out of quarantine sometime later today — and Dario Saric, who rolled an ankle on Sunday and needs treatment, but was “walking normally” on Monday. Both of them should be ready for Friday’s first real game in the NBA restart.

Another takeaway is that Deandre Ayton is now okay taking an occasional three-pointer! He’s only taken one per game so far in two games, but both were telling: they were on designed catch-and-launch plays where Ayton was the clear target for a three-pointer. He’s 2-2 so far on attempts, and there’s been no hesitation.

Cameron Johnson and Mikal Bridges appear ready to absorb most of Kelly Oubre Jr.’s available minutes for this 8-game stretch. Don’t expect Oubre back (knee rehab) this season. Asked about Oubre on Monday, coach Monty Williams said he had no update “at all” on Oubre.

These guys are pretty good at the game of basketball. Somehow, they have been playing better throughout this season than they were a year ago with Kawhi Leonard. Of course, the playoffs are a different matter entirely, but that’s down the road.

For now, you know all about the Raptors. They are long and active, and they’ve got the Suns number — winning six straight over the last three season. And this time they’re healthy with all their players back and ready to go for the stretch run into the playoffs.

If you’re looking for a team for the Suns to emulate, it’s the Raptors. They play hard and focused every single game, and they make the most out of every player on their roster.

Make sure you remember it’s a lunch-time game! Tipoff is NOON.