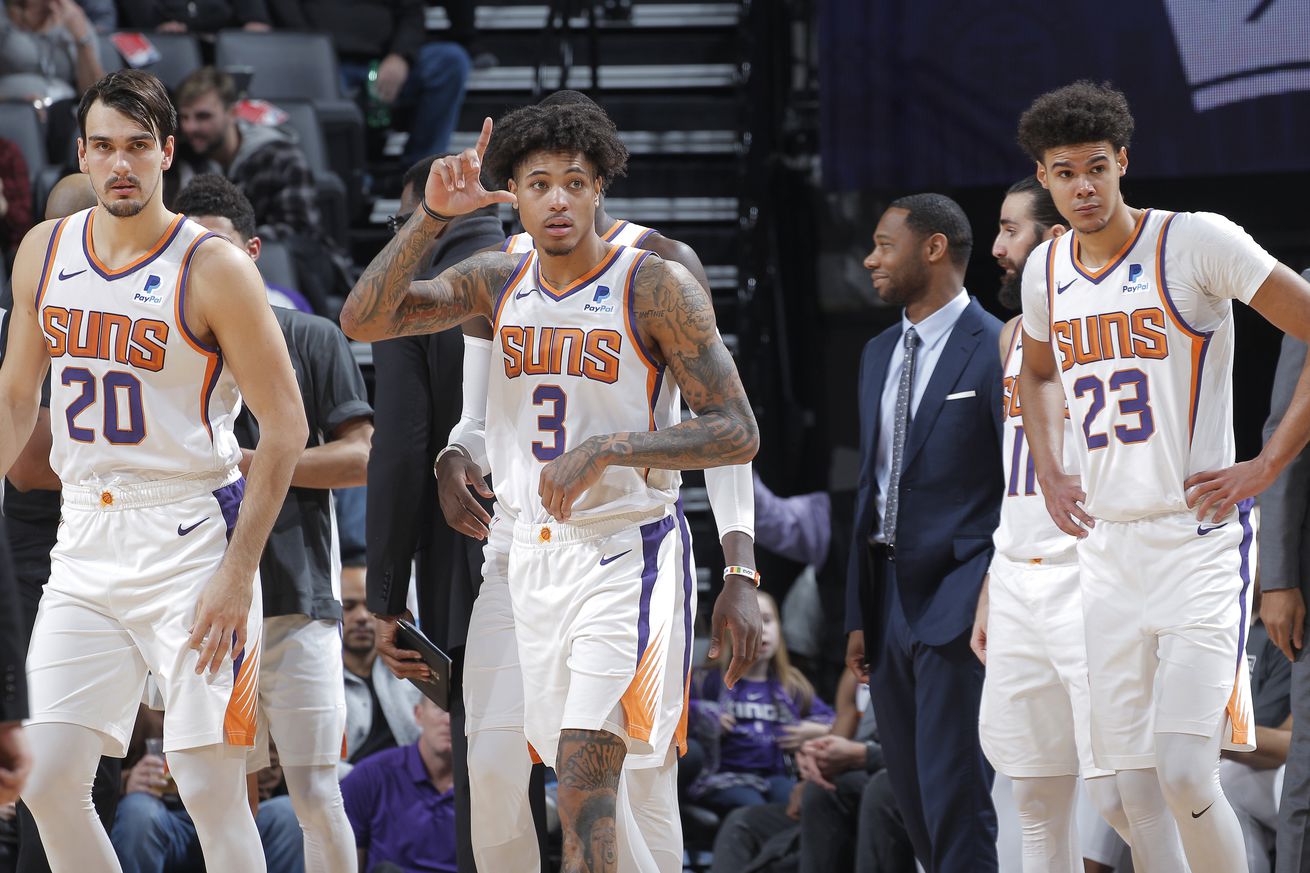 Does Cam Johnson or Dario Saric take the spot?

The news that Kelly Oubre Jr. will not play in Orlando during the NBA restart as he continues to rehab his torn left meniscus means that the Suns have to re-evaluate their starting lineup.

Back in February, in the first game after Oubre went out with the injury, head coach Monty Williams opted to insert Dario Saric as the starting power forward alongside Mikal Bridges. That meant rookie Cameron Johnson came off the bench, though he played 27 minutes compared to Saric’s 31. Whether the Suns choose to stick with Saric in Orlando or pivot to Johnson will have a lot to do with philosophy.

Though Oubre will not be on the court, the Suns still will want to see how far they can bend their small-ball identity. Johnson fits most easily into that, as someone who can defend 2-4 and knock down shots. Saric, on the other hand, fits more neatly into the kind of offense Williams wants to run and will be a restricted free agent this offseason. There are good arguments for either player.

The case for Cam Johnson

This comes back to making the most of his rookie season. Since it was announced the Suns were venturing to Orlando, my focus has been on the young players. It’s important to see more from Johnson and Ty Jerome before the season wraps up. Bridges and Deandre Ayton, too.

The case for Johnson is that he can help maintain the small-ball lineups that helped Ayton play some of the best basketball of his career and served the Suns some unexpected victories, including a 20-point blowout over Utah in Oubre’s final game of the year. The vaunted Oubre/Bridges frontcourt that outscored opponents by a touch over 20 points per 100 possessions is probably not going to be replicated, because Johnson is not at Oubre’s level as a defender or rebounder, but we know it works.

Especially with Oubre now effectively on an expiring contract, the Suns will want to see how Johnson and Bridges fit together. The pair played 605 minutes together, or about two-thirds of Johnson’s minutes, mostly because Bridges came off the bench so often. Lineups featuring those two and other starters were rare. That should be a focus. Add in the fact that Johnson hasn’t even cracked 1,000 rookie minutes and it’s even more important to make sure he gets as many reps as possible.

The case for Dario Saric

To be honest, I don’t really see it. Saric seems increasingly like a backup center in the NBA today, not a starting forward. The team was worse when he was at the 4, he was inconsistent all year, and he probably doesn’t have a place on this team long-term. Unless the Suns truly will give him a look in free agency, there’s not a great reason to give Saric much run in Orlando.

Yet I believe ultimately it is what they will do. Williams seems to like having Saric on the court, and he is at least a functional ball-mover and shooter. He doesn’t drag the team down when he’s on the floor, but he certainly doesn’t make things better. As a placeholder starter, his size and savvy can be helpful.

A few possibilities outside Johnson and Saric include Frank Kaminsky or Aron Baynes. But we saw how badly the Baynes/Ayton pairing worked, and while we will probably see Kaminsky and Ayton on the floor together a fair bit, defensively it’s not an ideal way to start a game. It doesn’t make sense to go in that direction and completely uproot what worked so well in February and March.

It’s merely a guess until we hear more from Williams and the players, but Saric getting 20-25 minutes as a spot starter who mostly plays with the bench while Johnson gets between 25-30 minutes or more is probably where this ends up. Whether Johnson starts or not, he is effectively the only other wing besides Bridges who’s healthy now. That means he’s going to get a ton of minutes. On the other hand, Saric will have to earn minutes over Kaminsky, Ayton and Baynes, who all might be better than him.