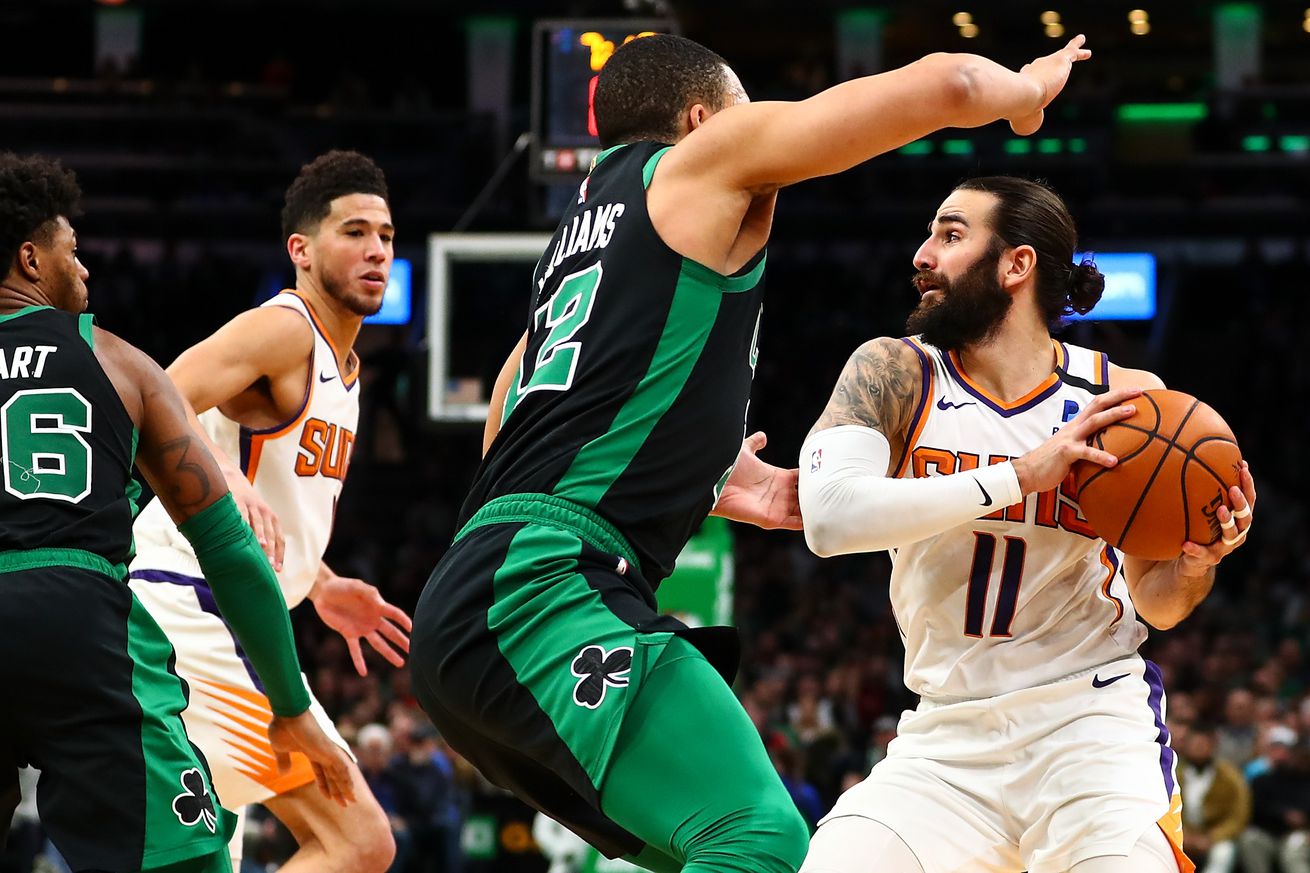 Suns second scrimmage is Sunday at 10:00am

Starting point guard Ricky Rubio did not get to Orlando until a few days ago and barely practiced with the team before scrimmages began on Thursday, but is ready to go on Sunday for the Phoenix Suns next scrimmage.

“As far as Ricky, he should play tomorrow,” Monty Williams said in his daily Zoom call with media. “He had a good practice today.”

Rubio had contracted COVID-19 earlier in July, and just now got healthy enough to travel and join his teammates. When he spoke with media, he seemed subdued and not quite ready to go hard yet.

But with professional athletes, that table can turn quick. Rubio is now ready to play on Sunday, barring setbacks.

“We’ve been going unbelievably hard in our practice,” Williams said. “So I’m looking forward to seeing him on the floor tomorrow.”

“It’s great to have him,” forward Mikal Bridges says. “He finds me on my back cuts probably the most, so I’m happy he’s here for me, selfishly. Team-wise, he’s just so good with the ball. His voice on defense, and everything, just helping everybody out.”

The Suns did quite fine without Ricky in the opening scrimmage, beating the Jazz soundly to the tune of 101-88, but they did not get great playmaking out of Rubio’s position. The team leaders in assists had only three each (Devin Booker, Frank Kaminsky and Ty Jerome), while Rubio has averaged 8.9 per game over the team’s first 65 games. Rather, Devin Booker and the other players just kept moving the ball around and then breaking down defenses with drives, mostly from Dario Saric and Booker, but also the rest of the guys. Nine different Suns players scored between 8 and 14 points in a balanced attack.

Coach Williams was pleased with some of the performance from the backup guards.

“Ricky didn’t play, but I was pleased with Ty and Cam playing the point guard spot,” Williams said of Ty Jerome and new signee Cameron Payne. “Jevon [Carter] and Cam Payne, that combination is something that can be productive for us not just on defense but on both ends. I’m hopeful those guys can disrupt other teams.”

Jerome, Payne and Jevon Carter combined for 29 points and 6 assists in 63 total minutes of play. Payne and Carter were very good on the defensive end, while Jerome struggled.