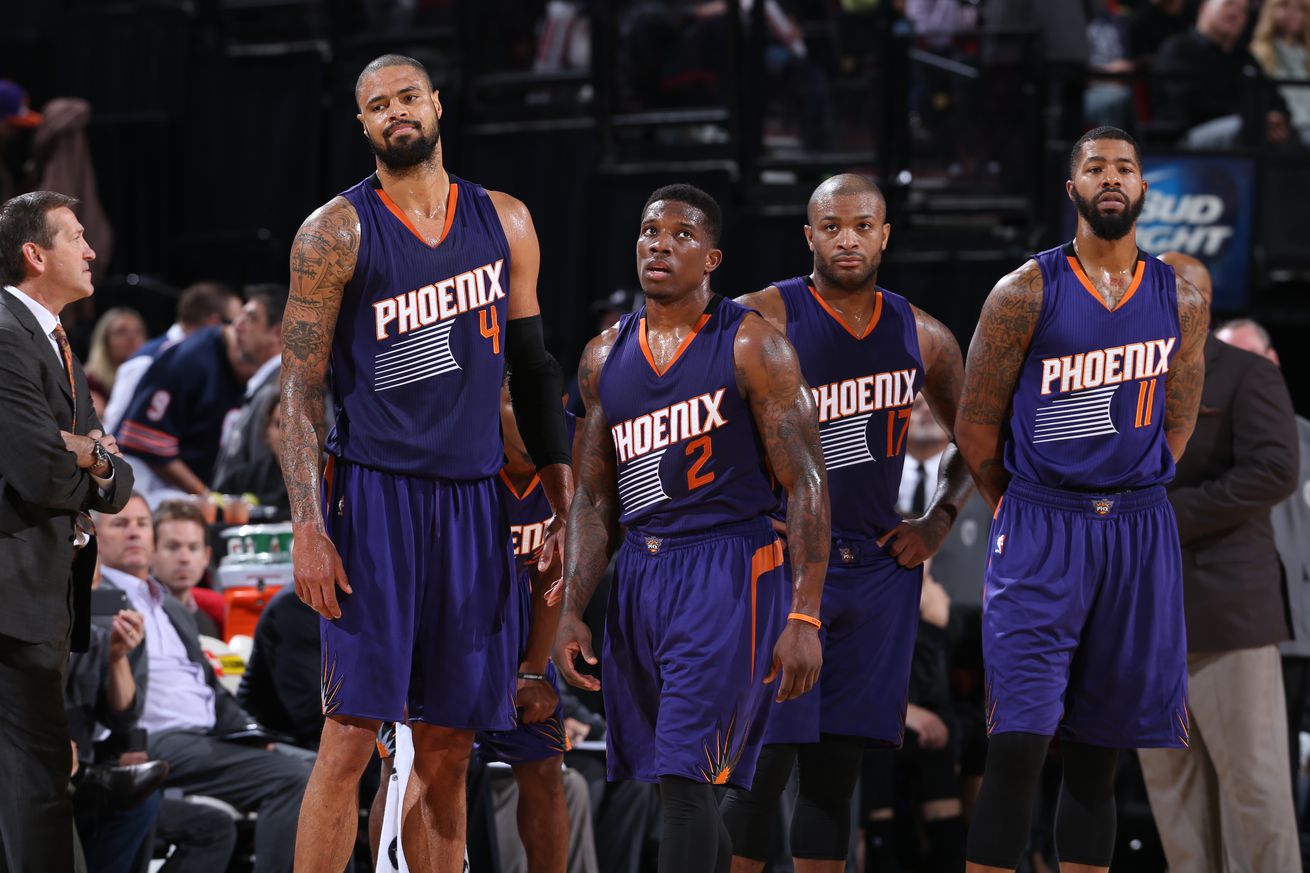 Booker’s certainly had some bad teammates in the past but didn’t he also have some good ones? Let’s take a look!

If you read the Center of the Sun articles here on Bright Side, you might have noticed this tweet under “Suns Trivia” this week.

Craziest stat I’ve seen was that Devin Booker has played with 69 players in his 5 year career so far. Of those 69 players 31 are out of the league. So 45 % of the players Dbook has had on his team are not in the NBA. Shame on y’all @Suns

That doesn’t say a lot for the quality of his teammates during those years but surely they weren’t all bad, right? That thought made me decide to do a little detective work to discover just who they all were and then see how they’re doing now. I’ll start off with the best of the bunch, those that were starting players on their new teams this season.

That’s right, there are only five that started the majority games this season for their new teams. Of those five, only T.J. Warren seems to have really upped his game since leaving. He had some really good games in the bubble and picked up the scoring slack for the Pacers with Domantas Sabonis out but fell back to earth a bit during his team’s 0-4 first round playoff series loss to Miami. Still, Warren looked good this season with his new team and actually played (and started) in more games for Indiana (67) than in any of his previous 5 seasons in Phoenix (the most games he played in for the Suns was 66 in 2016-17).

Danuel House has also improved his game somewhat since leaving Phoenix but still plays a rather limited role in Houston’s small-ball, three-point shooting gallery. He’s a good player and a good fit for a supporting role in the James Harden Show but I wonder how many other NBA teams he would be starting for.

P.J. Tucker is still the same guy who won the Dan Majerle Hustle Award for four years straight and shows no sign of slowing down even at age 35. I still love this guy and think that trading him away for next to nothing was one of Ryan McDonough’s biggest mistakes. But of course, virtually all of McD’s mistakes were big so that’s not much of a distinction.

Eric Bledsoe hasn’t changed much. He’s still a very good defender and pretty good ball handler with a so-so three-point shot. He made it clear he didn’t want to be here and I personally haven’t heard anyone wishing that he would return to the Valley. What else is there to say about him?

And finally, there’s Elfrid Payton. Pretty much the only thing that has changed about him is that he’s gotten himself an extreme haircut since leaving Phoenix. He was pretty much the starting point guard in New York by default as his competition for the job was Dennis Smith Jr. and Frank Ntilikina. I liked Elf but also wasn’t sad to see him leave.

That’s the “cream of the crop” of Devin Booker’s former teammates. Next up is a group of four players that were sometime-starters for their teams in 2019-20. All of them played for sub-.500 teams this season.

I’m sure you all remember the names and the games they played in for the Suns but I believe only one of them, Richaun Holmes, had more than just a few Suns fans upset at his being let go. The rest were all disappointments in their own ways and the less said about them the better.

The other 14 former Suns that were still on an NBA roster in 2019-20 range from solid bench role players like De’Anthony Melton with Memphis and Derrick Jones Jr. with Miami to guys like Ryan Anderson who only played in 2 games this year and was cut by Houston 13 games into the season. Just for the record, the rest (in no particular order) are: Tyson Chandler, Brandon Knight, Markieff Morris, Dragan Bender, Jordan McRae, Jared Dudley, Troy Daniels, Shaquille Harrison, Josh Jackson, Tyler Johnson and Jamal Crawford. Some had pretty good seasons off the bench and some barely played but none of them were real difference makers for their teams.

That’s it folks. I can’t imagine any team that you could put together out of all these players that would even be as good as the present Suns team was this past season, especially considering that some of the players named here were past their primes when they played with Booker.

And before anyone asks about Marcus Morris, he hasn’t been mentioned yet because he was never a teammate of Devin Booker. That’s right, he was traded to Detroit before Booker’s rookie season.

So if anyone asks you why Devin Booker couldn’t carry the Suns to the playoffs during his first 4 years, just refer them to this article. I doubt they’ll ever ask that question again.