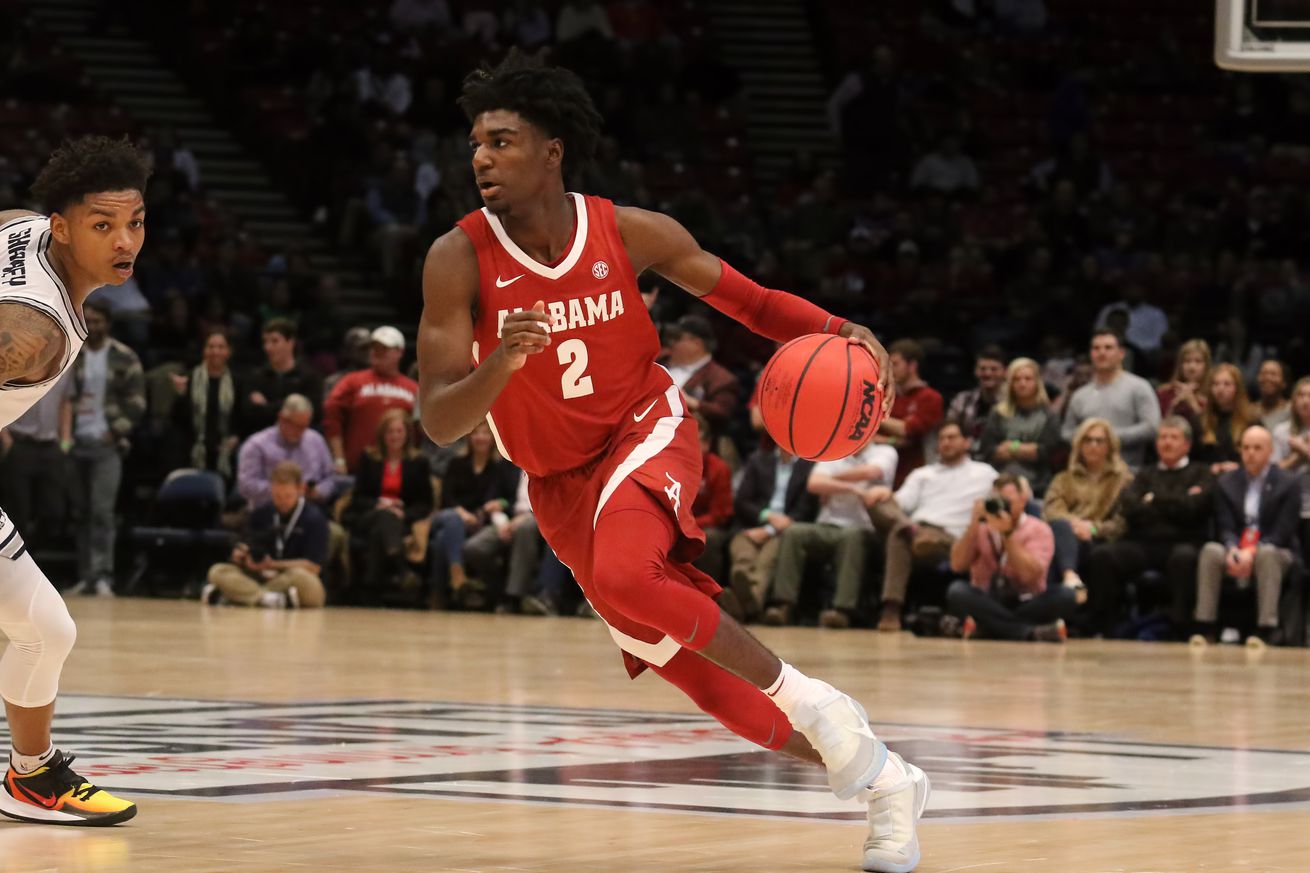 The Suns selected a point guard for the future in this SB Nation Mock Draft. Now the question is: would he be backing up Ricky Rubio or Chris Paul?

The Bright Side Of The Sun staff ended up voting on selecting Alabama point guard Kira Lewis Jr. 10th overall. Lewis has been linked to the Suns multiple times now through various sources along with reports indicating that he has conducted a couple zoom interviews with the franchise.

I’ve already done an in-depth breakdown on Lewis and how he would fit into Phoenix linked below if you want to check it out.

Who was left on the board for Phoenix? These were the next 5 picks in order:

Why Kira Lewis Jr. is the pick

Kira Lewis is the fastest player from end-to-end in this entire draft class and has very few glaring weaknesses. His game-breaking speed, ability to play both on and off the ball, promising shooting stroke along with his youth makes him an intriguing high-upside prospect that fits well into Phoenix’s short and long-term plans.

Before diving too deep into this, let’s address the elephant in the room: the Chris Paul trade. It’s been reported that if this deal goes down, Phoenix will do their best not to include the 10th overall pick. This is important to take into consideration on many levels.

I would not expect the 10th pick in the draft to be a part of any trade for Chris Paul. Can’t say never but from what I am hearing Suns would be hard pressed to give that up in this trade. Suns would use up a lot of cap space & basically have to rely on exceptions to sign players

What that tells me is one of two directions make a ton of sense if this deal gets done and they keep the 10th pick while acquiring Chris Paul:

A) Drafting a PG for the future that you can groom behind CP3 for the next two seasons.

B) Drafting a wing for depth purposes if Kelly Oubre Jr. is a part of the trade.

That leaves Killian Hayes, Kira Lewis. Jr, and Tyrese Haliburton as the logical options if they decide to go the point guard route.

If they want to shore up the wing depth after losing Oubre, then players such as Isaac Okoro, Devin Vassell, Patrick Williams, Saddiq Bey and Aaron Nesmith are reasonable options they could select.

The funny thing is, even if the Suns don’t make this trade those are legitimately the same targets in the same range that they are likely considering. The only difference would be substituting the point guards learning from behind Rubio rather than Paul, so the transition shouldn’t be all that difficult either way on draft night.

The Case for Kira Lewis:

The Case against Kira Lewis:

There are concerns over his frame and whether or not he’ll be strong enough to finish through contact at the NBA level, though there were similar concerns with Ja Morant and Trae Young in previous drafts that may have been overstated. I believe his speed, change of pace and smooth gliding ability in transition should offset some of the physical limitations. He isn’t the most athletic or vertically explosive guard out there, but his burst and relentless motor should bode well for him in the NBA.

Another area of concern with him other than scoring in the half-court, is his limited defensive potential. I will say I think he’s a sound defender instinctually as a team-defender and can cause problems on-ball against guards. The main issue with him on this end will be his inability to switch, essentially making him a one-position defender. That limits his upside on that end, but I still think he’ll be a mostly neutral defender all things considered once his frame fills out.

What say you, Suns fans? Who would you have selected 10th overall if this same board was presented to you as GM of the Phoenix Suns?