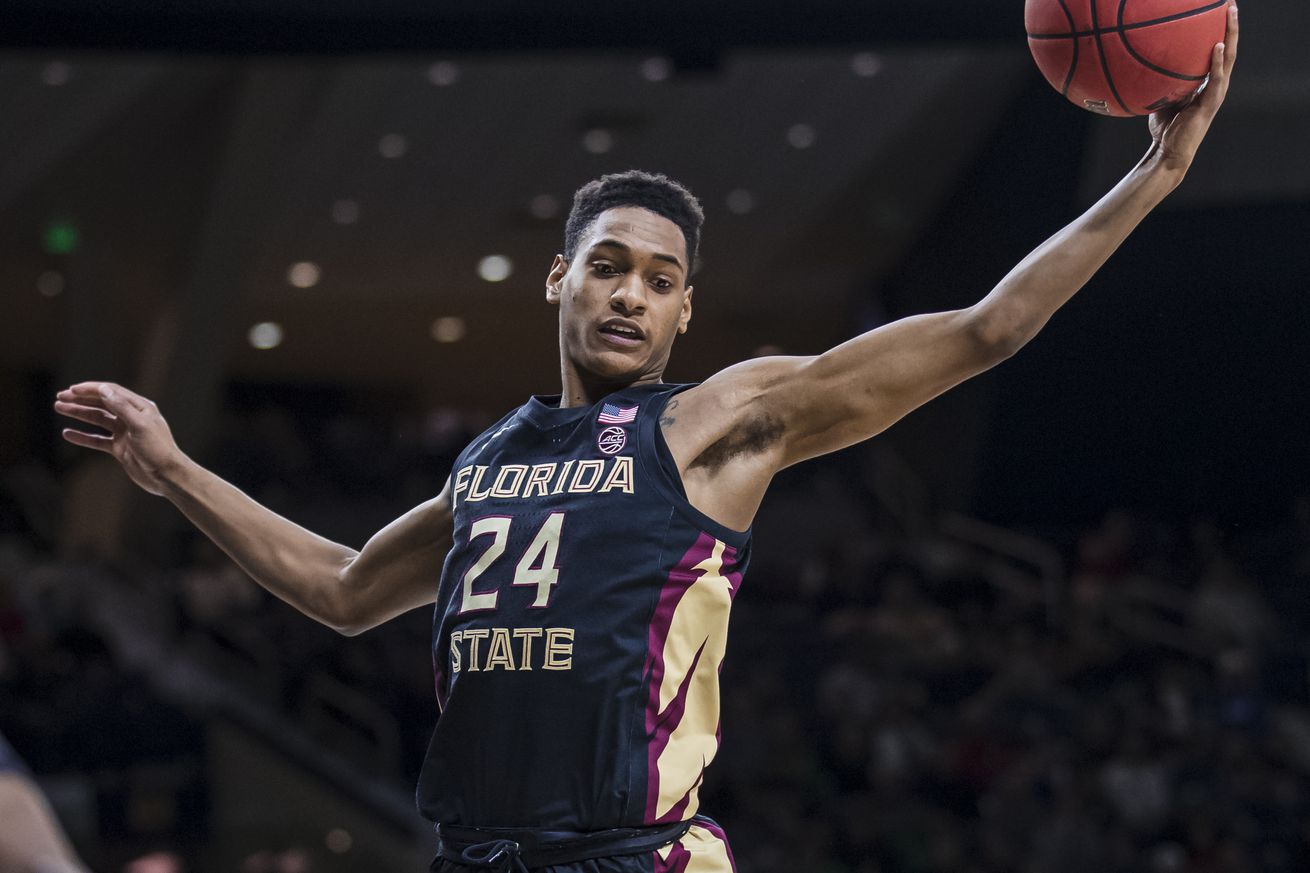 Phoenix is set to pick 10th in the 2020 NBA Draft and will have a bevy of impactful players to choose from. Let’s start with prototypical “3&D” wing Devin Vassell.

The Phoenix Suns will officially be picking 10th in the 2020 NBA Draft and there will be plenty of intriguing options that make sense for their roster moving forward.

This is the start of a series where I will be profiling some of the top realistic options for them with the 10th pick, starting with Florida State’s Devin Vassell who is currently projected to go right around their range.

Outside of the defense, his shooting will be his most bankable skill. In 2 years at Florida State he shot a pristine 70-for-168 (41.7%) from 3 point range.

Additional shooting stats from his sophomore season (via Barttorvik):

The only area of concern here is the free throw percentage, because he’s a plus in every other phase of shooting. His free throw rate is also must improve as it sits at just 22.8%, and part of that is his inability to beat defenders off the dribble and attack the rim in the half-court.

Since 2008, here’s a list of notable college players to shoot 40% or better from 3 (min. 100 attempts) with a BLK rate of 4% or higher and a STL rate of 2% or higher. This is the ultimate group of efficient, impactful defenders.

It’s also worth pointing out that Vassell is the only underclassman on this list, as Green and White were both seniors and Covington was a junior when they had these seasons. All of these players are exceptional role players in today’s NBA that every team covets, which is the exact trajectory I believe Vassell is heading towards… but possibly with some underrated upside to go with it.

Vassell is the best team defender in this class, as he sees the floor at a savant-like level and uses his length and anticipation to disrupt the flow of the game constantly. The combination of his anticipation on cross court passes, knowing when to dig and stunt, and placing himself in perfect help position makes him a valuable commodity on that end.

Here you see how active he is in not only being in the right spot, but by communicating and directing his teammates in the process. It’s almost like having a sixth defender on the court with how well he covers ground and communicates. Like I said, elite team-defender. It’s no secret at this point.

Watching Devin Vassell and FSU’s team defense will never get old. Broke down a quick play where Vassell didn’t defend on ball once the play began and was *THE* key piece to forcing the turnover. How? Communication and positioning. pic.twitter.com/cgjxu4zjQv

Vassell lacks a quick first step and isn’t the most explosive athlete, but he has some sneaky bounce and has given me reason to believe there’s some untapped creation potential if he can improve his handle. His height/length also gives me optimism for shooting over the top of smaller defenders even if he can’t get past them.

Part of the reason I believe there could be more on the way with him is his off-the-dribble shooting leap he took in his sophomore season at Florida State. His freshman year he was very limited offensively and strictly a catch and shoot guy. As a freshman, he shot just 2-for-19 (10.5%) on long 2’s. As a sophomore, he added the pull-up jumper to his arsenal and bumped it up dramatically to 49-for-115 (42.6%) shooting on long 2’s.

Granted not all of those long 2’s were off the dribble, but going from just one pull-up to jumper his entire freshman year to 39 as a sophomore is quite the improvement. To me, that emphatic growth shouldn’t be ignored and could be a sign for more to come in his offensive bag.

Here are some of those off-the-dribble creation flashes I alluded to:

Devin Vassell is my 6th-ranked prospect in the 2020 NBA Draft. He’s an elite defender, good shooter & flashes off the dribble scoring skill. He hit one dribble jumper as a freshman then 39 as a sophomore after improving his handle.

Looking at the wings already on the roster, you may wonder where he fits in the rotation going forward, and that’s an entirely fair question. If there’s one thing I’ll harp on it’s that you can never have too many versatile wings in today’s NBA. Look at the Toronto and Boston models as prime examples of this.

Vassell has the ability to play the 2 or the 3 and can be paired with any two-man (at times 3-man) combination of Bridges, Oubre, or Johnson since all three of those guys have played heavy minutes at the 3 and the 4. The lineup versatility would forever eliminate those dreadful three guard lineups they trotted out last season and improve the defensive upside of this roster.

It’s important to have depth for numerous reasons, one being Cam Johnson does still have the medical record that you need to keep in the back of your mind, and Kelly Oubre Jr. is coming off a knee surgery and due for what looks to be an expensive extension. Vassell could serve as an insurance policy for injuries and future wing depth issues that could arise.

Look. If you love Mikal Bridges (like most Suns fans do), you’ll love Devin Vassell. He isn’t entirely the same level of a prospect as Mikal, but he fits the same archetype and getting to watch those two play defense together would be such a treat.

James Jones said he’s targeting high-IQ players that can defend, shoot and make an impact right away, and you best believe Vassell checks all of those boxes.

Here’s an extensive video breakdown that focuses on Devin Vassell’s defense that I recommend watching if you want the full visual scoop on why he’s considered the best defender in this class.