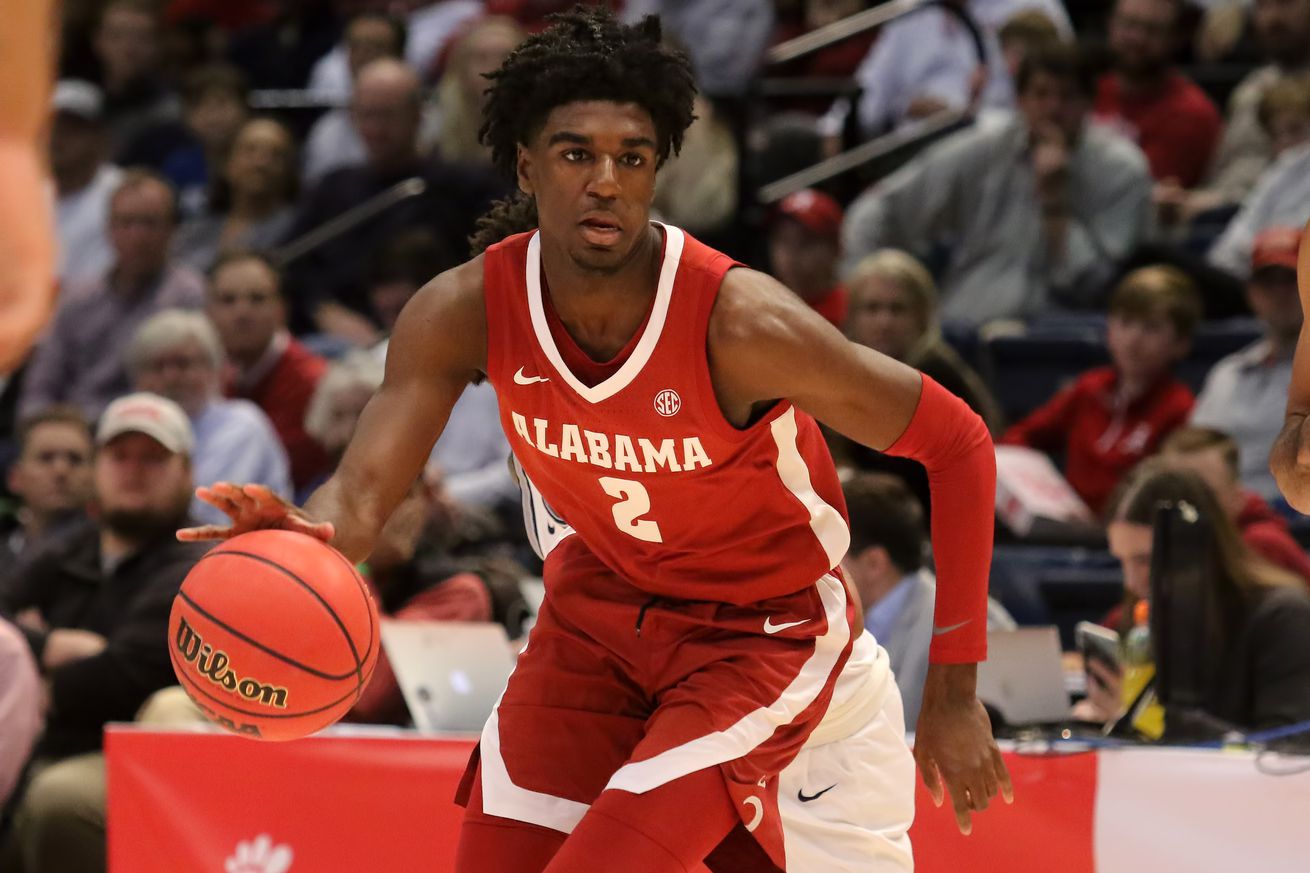 The Suns have reportedly already had two Zoom meetings with Kira Lewis. How would the speedy Alabama product fit in Phoenix’s long and short term plans?

The draft coverage persists here at Bright Side of the Sun, as the NBA Draft is now less than 35 days away. We’ve already covered numerous prospects that make sense for the Suns, and now it is time to dive into the speed demon himself, Kira Lewis Jr. of Alabama.

NBA Draft note: Phoenix Suns had a second Zoom interview with Alabama PG Kira Lewis Jr. earlier this week, per team source familiar with the meeting. Suns have the No. 10 pick. Knicks have also interviewed Lewis Jr. over a Zoom call.

It’s difficult to draw a conclusion based off this report alone due to how little we know publicly about which prospects they’ve interviewed and how frequently they’ve done so to this point, but it is safe to assume they have a bit of interest in Lewis at the very least.

Here’s where the lightning quick Alabama product is going in some of the most recent mainstream mock drafts and big boards around the internet.

Like many prospects past a certain point in this draft, he has a wide range of potential outcomes and landing spots. He generally seems to be projected to go somewhere in the late lottery to early 20’s, though there has been some buzz that his stock is rising and that he’s been linked as high as No. 8 overall to the New York Knicks.

Alabama’s @kiralewisjr will be one of the first PGs taken Nov 18. Our own @dmurrayNBA and @GrantAquiNBA got a chance to get an up-close look at the talented prospect this week in Miami. In addition to his speed, Lewis Jr. also has a nice stroke, as he shows in this video. pic.twitter.com/1fsrkuZkdx

Despite being one of the youngest players in this class as a sophomore, Lewis is one of the most polished offensive guards in this class. He thrives in transition and has shown the ability to play both on and off-ball at a high level. His combination of burst, speed, and change of pace allows him to be one of the most dangerous players in this draft when he has a head of steam. He does need to cut down on the turnovers and improve some of the decision-making, which is why I believe plugging him into a team with Rubio and Booker on board would help him significantly.

He puts pressure on the rim and can create for both himself and others, which is something Phoenix certainly needs more of. Outside of Devin Booker the self-creation on the current roster is quite abysmal to put it nicely. Although he does struggle to generate offense in the half-court at times, he is still a playmaker that can make something out of nothing when pushing the ball.

His catch-and-shoot numbers are promising and he shoots efficiently off the dribble as well, making him a headache for defenses to game-plan for due to that combined with his electrifying speed and passing ability.

Spencer highlights some of his passing acumen in this video below. He isn’t someone with elite vision like a LaMelo Ball, Killian Hayes or Tyrese Haliburton, but he can execute tough passes when they present themselves and gets to the spots to put himself in that position with his elite speed and change of pace.

When you have the ability to make pretty much every pass in the book and you couple it w/the ability to collapse a defense w/speed, you don’t *need* elite vision.

I want to start this off by saying that Lewis is actually not that bad of a defender at all. In fact, he’s mostly a positive when it comes to guarding players his size/position and when making basic reads or rotations off-ball. His downfall is his size and strength, which will ultimately limit him from reaching a level that makes him as impactful as you’d ideally like.

Unless there is a dramatic improvement in his strength, the tough part on this side of the ball is that he’ll mostly be a one position (PG) defender in the NBA. He might be able to hold his own occasionally on bigger guards, but that’s the limiting factor despite him being a plus team-defender and sound isolation/point of attack defender. The effort is typically always there, and he has shown the ability to make some plays with steals (1.8 per game) that he generated despite playing in a conservative defensive system at Alabama where gambling is not encouraged.

In this video below, Spencer does a great job of capturing some of my thoughts when watching him defensively. He may be very young and physically limited on that end in the short-term, but his aggression and anticipation is promising.

Kira Lewis’s POA defense in the PnR is good. He has some things to work on, as all young players do, and has to get stronger, but he does a nice job being a pest at the level of the screen and getting back in the action if screened off. pic.twitter.com/gKJID6oal7

The common theme here with Phoenix drafting potential lead guards is that they will get to learn from Ricky Rubio, and there aren’t many mentors at the point guard position I’d take in the league over Rubio. Lewis will need the time to continue to develop his strength and work on cleaning up his half-court game, so playing strictly off the bench as a change of pace guard his first year or two in the league should ultimately be beneficial to him in the long-run.

As I’ve already mentioned before, I really like his fit alongside Devin Booker creating havoc offensively with his speed and passing ability, while Booker can alleviate some of the half-court creation where Lewis has struggled at times. If Phoenix decided to trade down a few spots and gain another asset in the process, I’d absolutely love Lewis in that scenario, though it’s risky because all it takes is one team to like him and he could be gone if you go that route.

The last time the Suns drafted a point guard in the lottery? Kendall Marshall in 2012.

Even if it’s not Kira Lewis, there are plenty of options that makes sense with the 10th pick if they decide to look for their PG of the future.