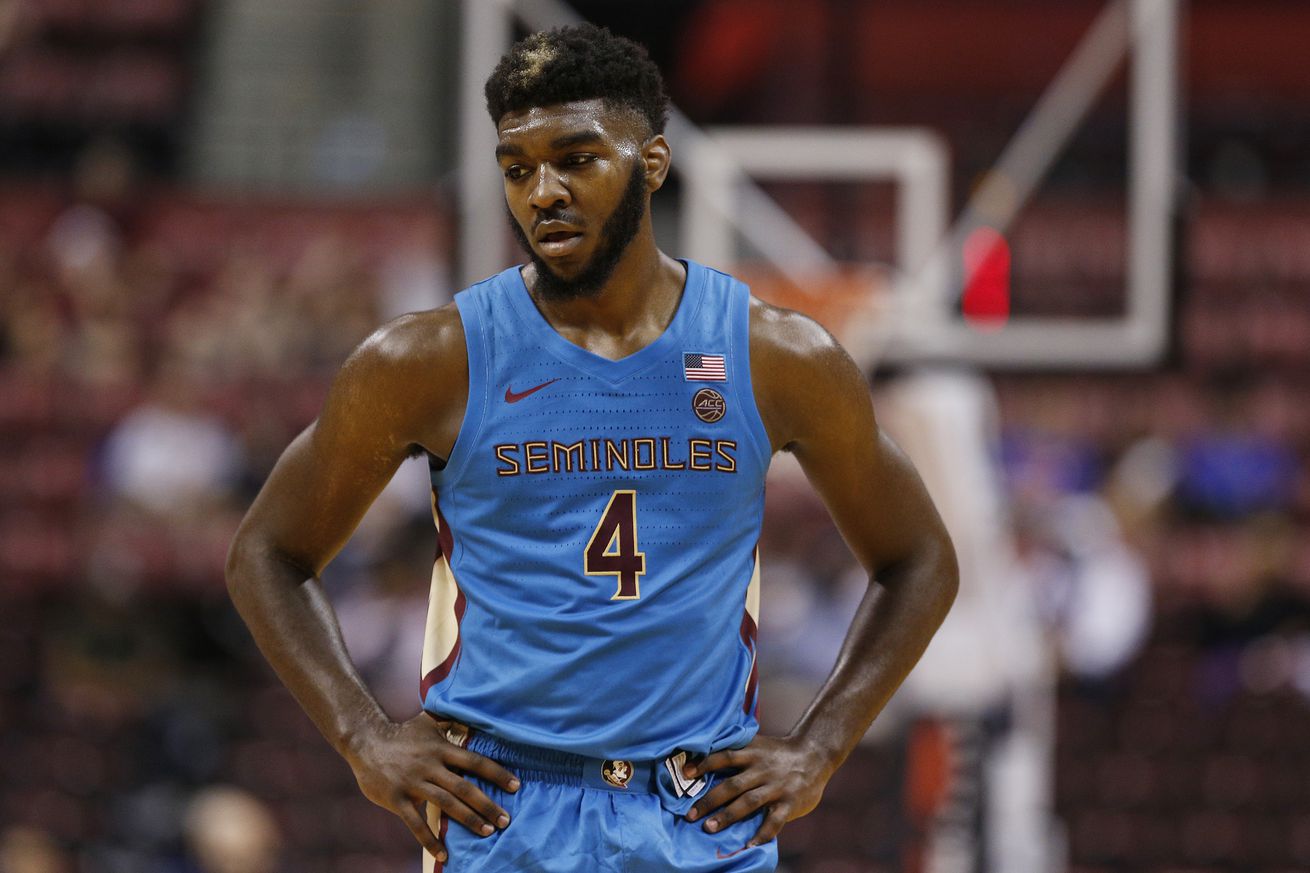 The Suns have a need at the power forward position, and Patrick Williams could be the long-term solution as a “change of pace” wing to plug next to Deandre Ayton.

The draft coverage continues. This time we’re covering one of the youngest prospects in the entire draft, forward Patrick Williams of Florida State. Williams is physical freak of nature and one of the best athletes in this entire class.

If you are lukewarm on this fit, let me make the case for why Patrick Williams in a Suns uniform could turn out to be a worthwhile investment.

There has been some buzz that Williams is receiving top 10 consideration from teams and generating a ton of interest in from organizations in the late lottery. It makes sense given the combination of his set of skills on both ends, age and plus frame. He’s someone I’d be totally on board with Phoenix selecting at 10 assuming Hayes, Vassell and Okoro are all off the board.

Williams was a jack of all trades, master of none on the offensive side of the ball during his freshman season at Florida State. While that could be viewed as a negative, there were some promising positives to take from it as well. For example, he flashed an extremely diverse set of skills from a multitude of areas on the floor whether it be the high-post, operating out of the pick and roll, relocating to the corner for catch and shoot threes, or even occasionally shooting off the dribble.

This wide array of offensive versatility essentially makes him a blank canvas that has the potential to be molded into a very complete offensive player. On the contrary, if he doesn’t ever put it all together or find what his identity is he could be a limited contributor. Part of his limitations were due to the widespread attack of a Florida State team that had tremendous depth, hence why he came off the bench in a role where he thrived as he won ACC 6th man of the year.

As you see here, he can operate from the pick and roll commanding defensive attention and uses his peripherals to locate the wide open man in the corner by firing a bullet pass to him for a wide-open jumper. Making reads that quickly at his size has my attention, and it should have yours too.

I believe his three point shooting will translate at a favorable level due to a combination of factors including his free throw percentage, the form on his jumper, and past shooting indicators that date all the way back to high school. The release on his shot is smooth with minimal movement or anything that jumps off the page as a potential red flag down the road.

Here are some of his high school shooting numbers:

The three point shooting percentages are very encouraging towards his shooting projection, and the gradual improvement in FT% every year is another positive indicator. He shot extremely well from the charity stripe (83.8%) his freshman season as well.

Here’s a quick montage of some of the shooting versatility flashes he had throughout his freshman campaign at Florida State.

When it comes to interior defense, help-defense, and weak-side rim protection I believe Patrick Williams will be a monster in all three of those phases of the game. He knows where to be more often than not when he’s off the ball and makes intuitive reads with his help-defense no matter where he is on the floor.

Along with his rim protection he offers rim deterrence, and what I mean by that is he complicates the offensive player’s pathway to the rim and even if he doesn’t reject the shot, he can alter it in a variety of ways. There is tremendous value in serving as a brick wall from the elbow and below as frequently as he does.

My favorite part about watching Florida State’s DEF is their communication – it’s absolutely TOP notch. Leonard Hamilton is SUCH a good coach.

Adding a secondary rim protector next to Deandre Ayton would be ideal, and he’s someone that can guard the interior well and I could see him taking up the task of guarding bigger forwards and even some centers. That would allow Ayton to flash more of his perimeter defense in certain assignments if they decided to have him guard a perimeter oriented big/wing like a KAT, Siakam, Davis, Giannis or LeBron as we’ve seen in the past. Having that second blanket of rim protection would give Phoenix the secondary interior threat that they have been lacking defensively for some time now.

His combination of strength and athleticism is incredible. Here you’ll see him anticipate the pass by jumping the passing lane, bulldozing through two defenders then glide in for the statement slam.

+2nd youngest player in the entire class outside of Aleksej Pokusevski.

+Played in a limited role Florida St. off the bench and didn’t get a chance to fully display everything in his bag. I am going to bet that there is a lot more to his game based off the flashes he displayed in his freshman season.

-Moves slow laterally and struggles to keep up on the perimeter with quicker guards or forwards. This could very well be due to his massive quads as many others have already pointed out. It seems like a correctable issue that can be worked out with the physio staff.

+His handle is impressive for someone his size, he’s shown some shooting versatility flashes off the dribble as well.

+Operates well out of the high-post and short corner, very comfortable and does a fantastic job of blending quick decisions with patient reads based off what the defense throws at him.

-Gambles too frequently on both ends which leads to either his man scoring (on defense) or a turnover (on offense). These are correctable issues though, and typical for a freshman as young as he is.

-Occasionally disappears offensively for longer stretches than you’d like to see.

+Has made serious strides in being a plus handler out of the pick and roll, can make plays for others off the dribble which at his size is fascinating. This is where his high-IQ comes into play.

+Might be able to run him as a small-ball five in occasional stretches.

This is a fit that has serious upside in the long-term if they develop him correctly next to Deandre Ayton. He is an ideal compliment to the big fella due to his ability to stretch the floor and take on occasional playmaking duties and operate from a myriad of areas on the court.

The versatility he’d add to the core of wings in place would give them a “change of pace” bigger wing that could help them make counters to larger lineups. Looking at Mikal Bridges, Cam Johnson and Kelly Oubre, all of these guys can play occasional minutes at the 4 and take turns operating in that spot, but in a playoff series having someone you can throw out there to give you another look is vital when making adjustments or reacting to your opponent’s adjustments whatever they may be. Having the most diverse set of wings possible makes your life easier in a playoff series, and that’s the underlying value of adding someone like Pat Williams to this Suns nucleus of forwards. He would ideally serve a similar role as Dario Saric did in the bubble, but with much more athleticism and upside.

Patrick Williams is our Sixth Man of the Year!

He came off the bench to average 9.2 points and 4 rebounds per game in 29 games.