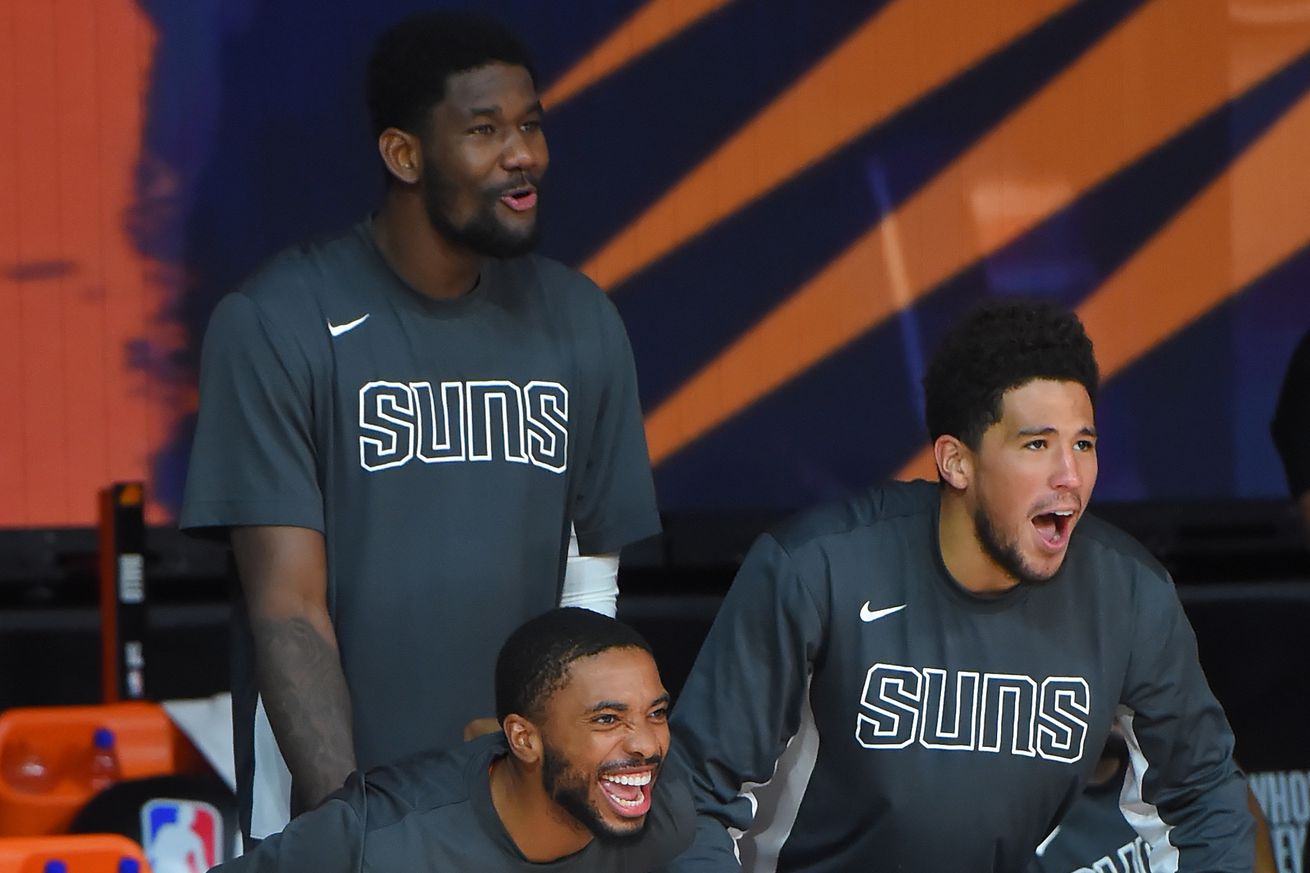 We break down all the contract details and next steps for the Phoenix Suns.

Now that the 2019-20 season is over and we had a week to lick our wounds over missing the playoffs by half-game versus one team and a tie breaker versus another, it’s time to think about next season.

What will the Phoenix Suns look like next season?

Will the Suns make major changes in the interest of putting together an older sure-fire playoff team? They missed the playoffs this year in part because they had the NBA’s youngest roster, as shown in their league-leading 11 losses by five points or less.

Or will the Suns stand pat, bring back all their free agents and hope that they can ride their season-ending 8-0 Bubble magic through an entire 82-game season to a playoff breakthrough?

Or will the offseason transaction carnage land somewhere in the middle?

Each and every offseason, teams generally turn over 45% of their 15-man roster because more than half of the league becomes free agents each summer. Sounds crazy right? How can the average NBA team turn over half their roster and hope to achieve consistency and continuity?

You don’t quite believe me, do you? Well, how many NBA veterans this season have spent their entire career with that same NBA franchise? Heck, how many 2015 draftees are still with their same team? Or how about the 2017 draft? Now you know what I mean.

There will be turnover. The only question is how invasive that turnover is.

Let’s take a quick look at the Suns cap sheet.

The Suns currently only have 8 of their 15 players under guaranteed contracts for next season, and only two of those have guaranteed deals beyond that.

Devin Booker is not going anywhere, not with the Suns truly on the rise for the first time in his career. Booker is an All-Star who showed in the Bubble that he can absolutely lead in a winning environment and could one day be in the MVP consideration.

But you can imagine scenarios where many of the rest of those guaranteed deals could be involved in certain trade packages, depending on what is coming back.

Any of Ricky Rubio, Kelly Oubre Jr., Deandre Ayton, Mikal Bridges or Cameron Johnson could be moved in the right deal for a high powered Booker running mate, though true Suns fans would be loathe to trade these guys for anything less than a Top-10 player right now.

And then of course Ty Jerome and Jalen Lecque, two of those eight guaranteed deals, could be included in any deal for any NBA-level player.

All of Frank Kaminsky, Cameron Payne, Cheick Diallo and Elie Okobo have already agreed to salaries for 2020-21, but none of them are guaranteed. The Suns have control over whether to exercise those options or not.

If the Suns need the roster spot for someone else, they simply have to notify the league and the player that their services are no longer needed — kind of like the rest of us.

Dario Saric and Jevon Carter are restricted free agents, meaning that they can negotiate contracts with the Suns and anyone else they want.

If they reach a deal with another team, the Suns have the right to match the offer under those same terms and keep the player, or let them go and free the cap hold from the Suns books.

Very few restricted free agents sign offer sheets though, because teams don’t like wasting their time negotiating reasonable deals that will just get matched. The Suns will likely only be negotiating with themselves, much like with Oubre a year ago. If the Suns want to keep these guys, they can. Alternately, the Suns could drop their rights to either or both players, making them unrestricted free agents, if they decide they want to spend their money on someone else.

This is the only case where the Suns have no control over keeping the player.

Aron Baynes is the only player that is unrestricted this offseason. He can negotiate with any team, including the Suns, for any deal and go to whatever team he wants.

Because of the great finish to the season, I’d expect five of the top six guaranteed salary players back, if not all six.

Booker, Rubio, Oubre/Johnson, Bridges and Ayton form two of the best five-man lineups in the entire league, and five of those six are still not in approaching their prime yet. That’s a very nice core to keep around, and the RIGHT core to be under contract for near future.

It’s possible the Suns will trade one or two of these players this offseason but there’s no burning need to do so. The prudent plan is just to run it back with them.

What changes to expect

The rest of the roster beyond those top six is really up for grabs. Of the remaining nine players, I’d expect less than half to be on the Suns roster on opening night 2020-21, whenever that is.

There will be someone(s) coming in from Draft, either from the pick or a trade of the pick. Last year, James Jones went in with two picks and came out with four players — Saric, Baynes, Johnson and Jerome — while dropping one player (T.J. Warren).

Then there’s free agency. Here’s the available money IF THE CAP STAYS THE SAME AS EXPECTED and the Suns have nine guaranteed players (8 current + 1 draft pick).

The Suns were projected to be one of only a half dozen teams with the ability to open up significant money.

The problem is that the cap is almost certainly not going to stay the same. The league has lost billions of revenue with no relief in sight.

I have no idea what the Suns want to do in the next few months because I’m pretty sure they don’t know either. With the pandemic still raging, the league is grappling with waiting long enough to have fans back in the stands for the 2020-21 season. Rumors have them considering even waiting until February, though every week that passes by they sacrifice games in an 82-game schedule. No way you can play a full schedule if you don’t start the season until 2021.

With a short schedule and/or no ticket sales, the salary cap could be cratered for the 2020-21 season and you know Robert Sarver won’t be one of the league’s highest spenders.

If the cap drops, then spending drops. If spending drops, all these 200+ free agents will be fighting for their NBA lives. And taking a lot of low-dollar one-year deals.

What we DO know

We do know that there will be a 2020 Draft, and the Suns will pick up a functional player at the #10 overall slot. They can trade the pick sure, but the Suns have had luck in that area. Three of the top six on the roster are Mikal Bridges (taken at 10 in 2018), Cameron Johnson (at 11 in 2019) and Devin Booker (at 13 in 2015). A likely expectation is that the Suns will take someone at 10 who mirrors the Bridges/Johnson/Jerome profile of being 21-23 years old with an immediate potential impact on the rotation.

We also know that many of the young players are riding a big-time high with the team, and we love it when players express their love for our favorite team don’t we?

Mikal doesn’t have to worry about it, but Cam Payne is a team option and Jevon Carter is an RFA. They were excellent in the Bubble and would be quite cheap to bring back next season.

Now we’re at 11 rotation players for 2020-21 without even trying too hard — eight guaranteed contracts plus the draft pick plus Carter and Payne.

My guess is that the Suns have a very quiet off season. The same top-six, plus one new exciting rotation player and one questionable draft pick.