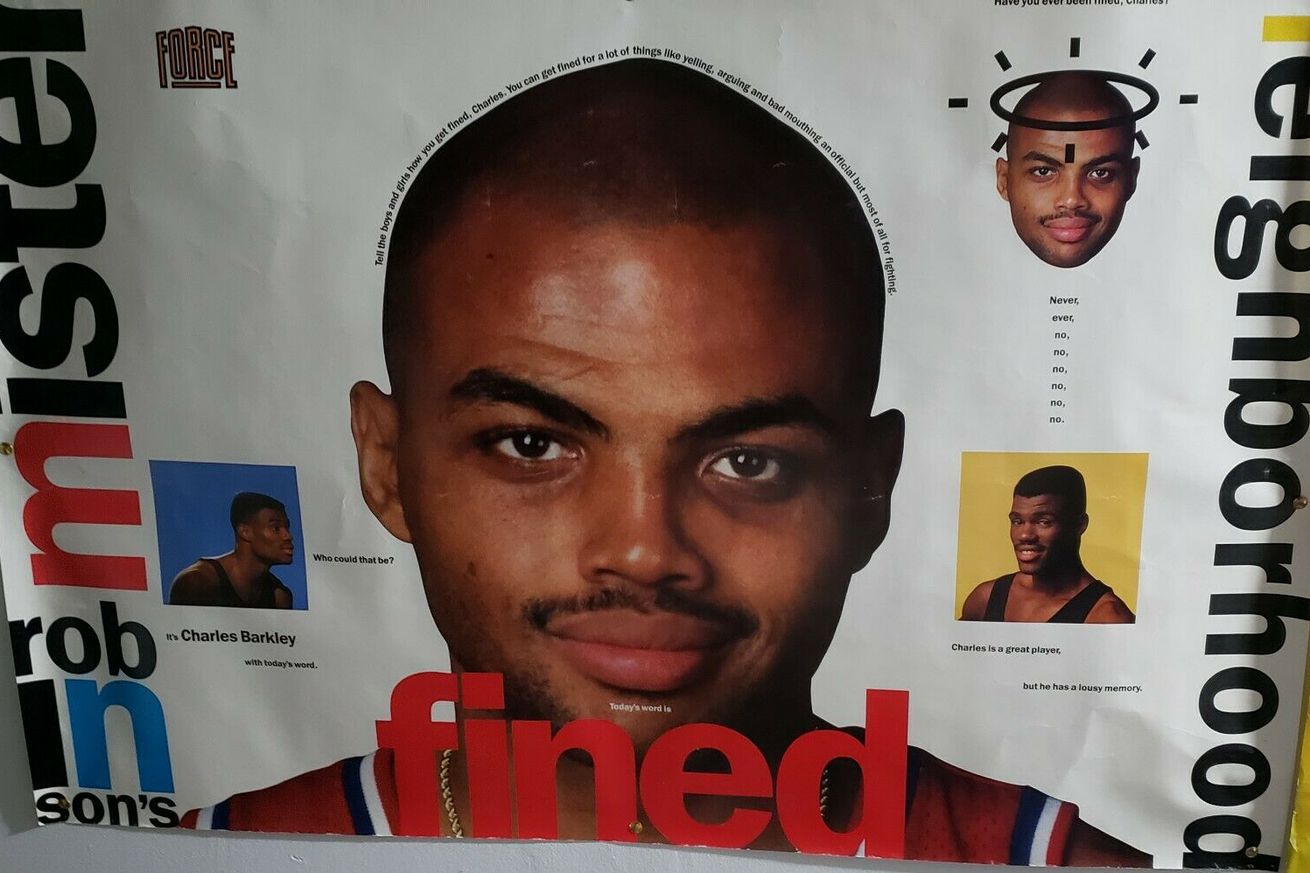 You got $300 bucks to spend on an Oliver Miller poster?

Did you know that people collect vintage NBA posters and some of them are worth a bunch of money? Well they do. And they are. So start digging.

I’m going to guess most of our posters aren’t worth much, though. My collection, if you can call it that, is weathered from years of thumbtacks and random blue goo when tacks were not a viable option. A handful of my posters were laminated. Is that weird? My mother was a schoolteacher and she had access to a laminator. So my posters were laminated.

The offerings below are displayed so you can enjoy them as God intended. On the wall of your garage while you’re smoking cigars with your buddies and they are congratulating you on the Suns being relevant as if you are celebrating the birth of a child. Enjoy.

Why these two didn’t get together sooner to bless us with this fantastic poster is anyone’s guess. Godzilla (not pictured) was kind enough to lend his name to this work of art. And he didn’t have to do that. He was coming off of a fantastic duel with Mothra in 1992 and prepping for his third showdown with Mechagodzilla a year later. In 1992 Chuck got started on his career in Phoenix, led the Suns to the NBA Finals, and was named league MVP. This was a wildly important year for a pair of franchises. You can celebrate these two legends for $80 after shipping.

Ok there’s a lot going on in this one.

David Robinson of the San Antonio Spurs, and for the purposes of this poster the authority of ‘Mr. Robinson’s Neighborhood,’ discusses the monetary repercussions of bad behavior on the basketball court with Charles Barkley. Robinson, who amassed 26 technical fouls in his career, advises Chuck, who slightly bested him with 329 of his own to tell the children how you get T’d up. He instructs:

“Tell the boys and girls how you get fined, Charles. You can get fined for a lot of things like yelling, arguing and bad mouthing an official but most of all for fighting.”

Art. And a good lesson. Add this to your collection for $115 after shipping.

There are not many Oliver Miller posters out there to be had. Go ahead, Google it. Or don’t. I’ll save you some time. Google ‘Oliver Miller poster’ and you’re more likely lto come across paintings of snow-covered homes in the wilderness. You know, pseudo-art.

Not like this majestic piece. This is from 1993, one of the finest seasons ‘The Big O’ had in his 12-year professional career. Miller chipped in nine points and seven boards for a Suns team that led the league in scoring, averaging north of 108 points a game.

This is a $300 poster. $300. Well on eBay, anyway. You could get three and a half Barkley vs. Godzilla posters for that! This one is sealed. And I have no evidence whatsoever that it is not the only sealed Oliver Miller poster remaining in existence.

In 1981 Westphal finished his first season in Seattle after five spectacular years with the Suns. Westphal was traded in exchange for Dennis Johnson. The deal worked out for Phoenix. Westphal was on the backside of his career and would spend just one season with the Sonics. He’d join the Knicks for the next three, before returning to Phoenix to conclude his career in 1984.

Johnson spent three years with the Suns, was named an All-Star twice, and averaged a career-best 19.5 points a game in 1982.

But Westphal would return. He took the Suns’ head coaching position in 1992, and promptly led the team to a Western Conference Championship.

This is framed, and heavy, and in Valencia, California. Man, this is getting to be a small consumer base. But if none of that bothers you, and you have $150 burning a hole in your pocket, you can memorialize one of the greatest Suns Phoenix has ever seen.

A timely offering from the Anti-Defamation League. No pinholes or creases, will be shipped in a mailing tube. After shipping, $35.