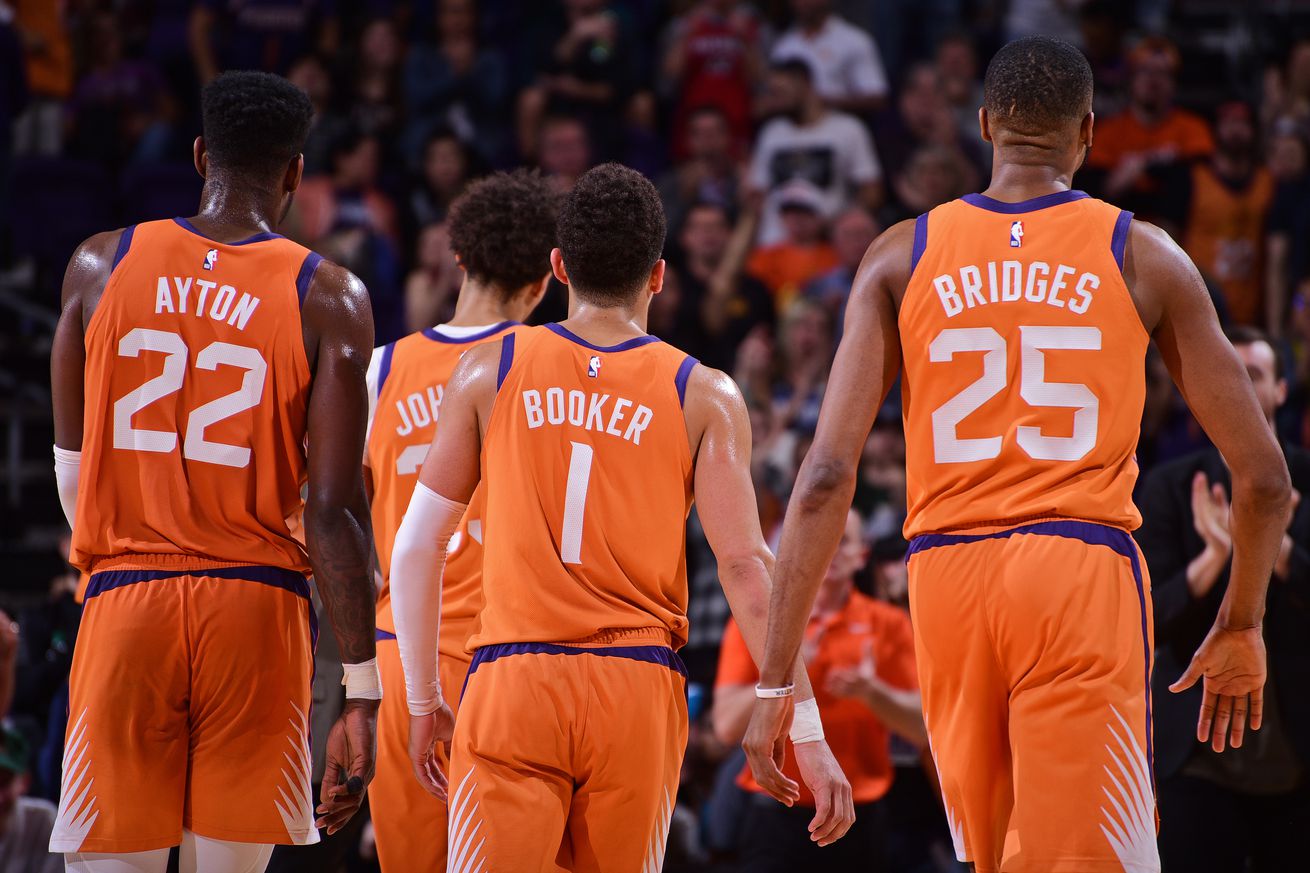 The Suns will have a tough time being respectable, let alone winners.

Remember when the Harlem Globetrotters were a thing, and they always beat the pants off the hapless Washington Generals?

That’s what crossed my mind when I started actually thinking about the 26-39 Suns chances to surprise everyone and make their way through a gauntlet into the playoffs. The problem is that there are no patsies left, unless you consider the Suns and Wizards those patsies.

It’s entirely possible that the league’s best teams were the ones who insisted on expanding the field from 16 to 22 just to add in some beatable teams. In the West, seeds 4-6 are only ONE game apart, while 3-7 are only four games apart and 2-4 are just three games apart. I can guarantee you every playoff team is going to search for ‘Phoenix’ and ‘Washington’ on their schedule like Charlie searched for the golden ticket.

As it stands, the starting point on an eight-game schedule is to have each team play out their next eight games against the 22-team field and adjust only as needed. Of course, this doesn’t work perfectly, but it’s a start.

Here’s the Suns’ next eight games against the 22-team field:

But it’s really about how the first few games goes. If the Suns lose their first three games of an 8-game schedule, you’ll see a lot of Ty Jerome and maybe even Jalen Lecque for the last last five. The Suns simply have to go 2-1 or 3-0 in those first three games in order to feel like the rest of the schedule matters.

Against the first three opponents — Mavericks twice, Clippers — the Suns are 2-3 this season. They beat the Clippers (without Paul George) on opening weekend, but lost the next two matchups. And they have split two games against the Mavericks.

It might be important to note that Deandre Ayton and Devin Booker only played together in ONE of those five games against Dallas and the Clippers — that 19-point win over Dallas just before the All-Star break. So, they are 1-0 with Ayton and Booker against the Mavericks and Clippers, in this week’s edition of Small Sample Size Theater.

Can the Suns surprise the league with a respectable run over these eight games?

Sure, they would almost certainly have to go at least 9-1 to make the eighth seed, including winning both of those play-in games, while no one else in their five-team pack does better than 4-4 over that stretch.

But I think a run of 3-5 or 4-4 against the league’s better teams will leave a sweet taste in the players’ mouths for next year.

Chin up, Suns fans. Your team is getting better. While the Suns may be a patsy in the 22-team field, at least we’re not calling them a patsy in a 30-team field anymore amiright?

What’s your prediction for the Suns record in those 8 games?