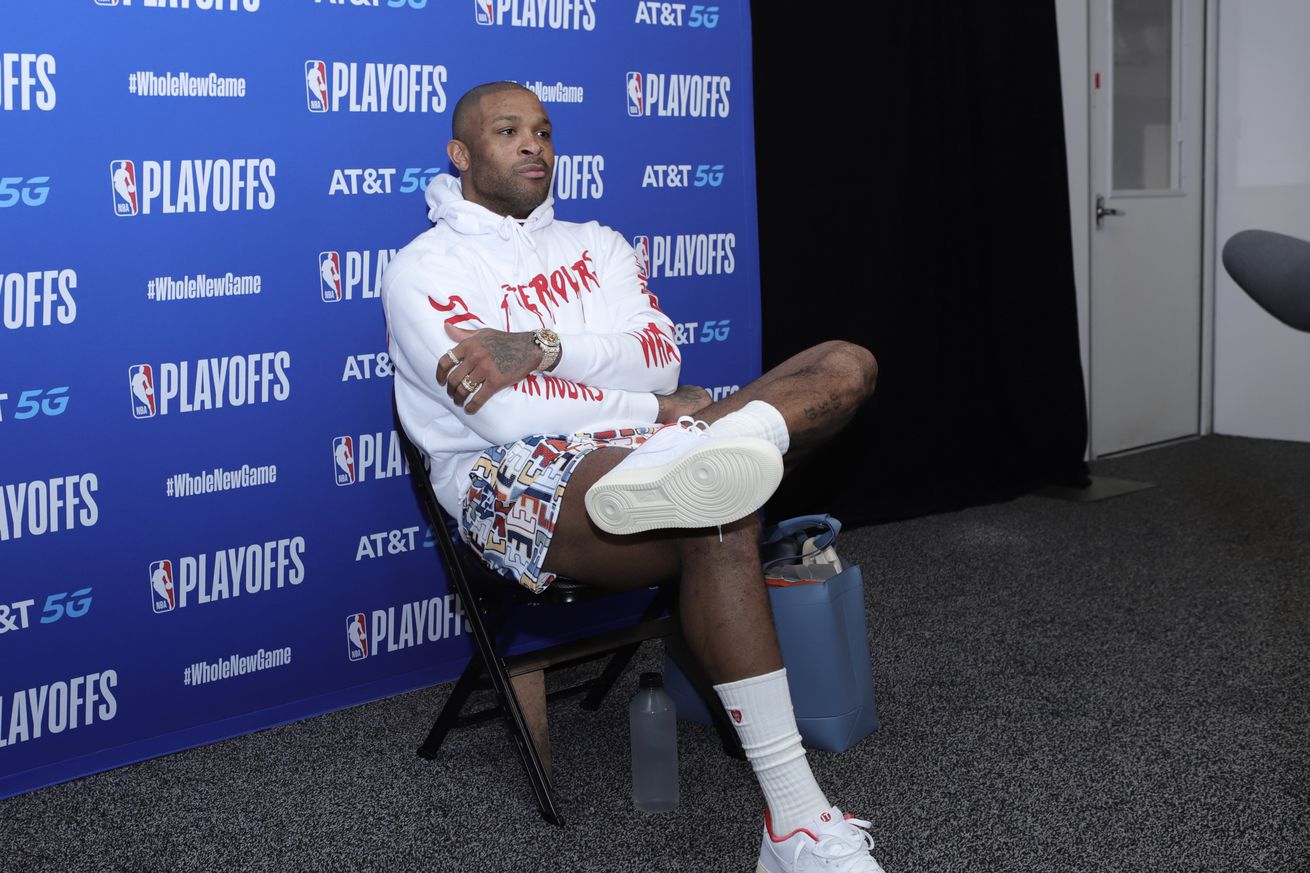 He’s officially requested a trade from the Houston Rockets.

Last week, it was reported that Russell Westbrook wanted out of Houston. Now, face of the Rockets franchise James Harden is looking to get dealt to the Brooklyn Nets. The Texas team may seriously be breaking up their roster.

How does this involve the Suns?

P.J. Tucker has had enough and is looking for an escape as well.

Maybe he’s not the perfect power forward for Phoenix but he would provide a lot for the Suns and would be an excellent acquisition for any playoff team, which this team now has true aspirations of being this coming season.

Tucker plays elite defense, is arguably the best volume corner-three shooter, does all the dirty work with a smile on his face and stands up for his teammates.

First, let’s talk about that defense. The man is one of the league’s best defenders. For a team that hasn’t really been known for it’s D, add him to the likes of Chris Paul, Jevon Carter, Mikal Bridges and Deandre Ayton and all of a sudden it’s starting to look hard to score for opposing teams. He has some of the highest steal rates, draws charges, hits the glass hard and is an excellent man on man defender even against some of the strongest players in the association.

When Houston fully accepted being the Pocket Rockets midseason by trading away Clint Capela, they put all 6-foot-5 of Tucker in the middle and matched him up against some of the game’s best big men. He fully embraced the challenge, grinding and using his lower body strength to glue himself to the opponent, making it a real rough night for them. His sense of toughness is simply unmatched. P.J. was very deserving of an All-Defensive Team selection this past season and was snubbed.

His other calling card is his corner three shooting. The ability to hit that shot is an elite skill in the NBA and he’s a master of the art. Over the last three seasons, he’s shot no lower than 38 percent from the corners on the highest volume in the league. Tucker has a growing reputation as one of the most prolific corner shooters in NBA history. He practically lives out of the corners and his numbers there are nothing short of impressive.

He is a former Sun, playing in Phoenix from 2012 to 2017. Through 377 games and 286 starts, he averaged 8 points and 5.9 rebounds. Getting his start for the franchise through the Summer League in 2012, he signed a two-year deal that August and was starting by December. Devin Booker played alongside P.J. during his first two seasons and Tucker played with Chris Paul in Houston. He would fit right in. As a savvy vet that busts his butt every night, he would mesh with Monty right away.

What would it take to get him? Well, that’s the question. There is a chance that the Rockets might simply be looking for a salary dump. Frank Kaminsky could save them some money while providing a young big that can score some. Elie Okobo could be a decent young guard they might be interested in. Maybe a future protected first round pick or even a second rounder could get the job done.

The Phoenix Suns should call and see if they could work something out. It would be fun to bring P.J. back.