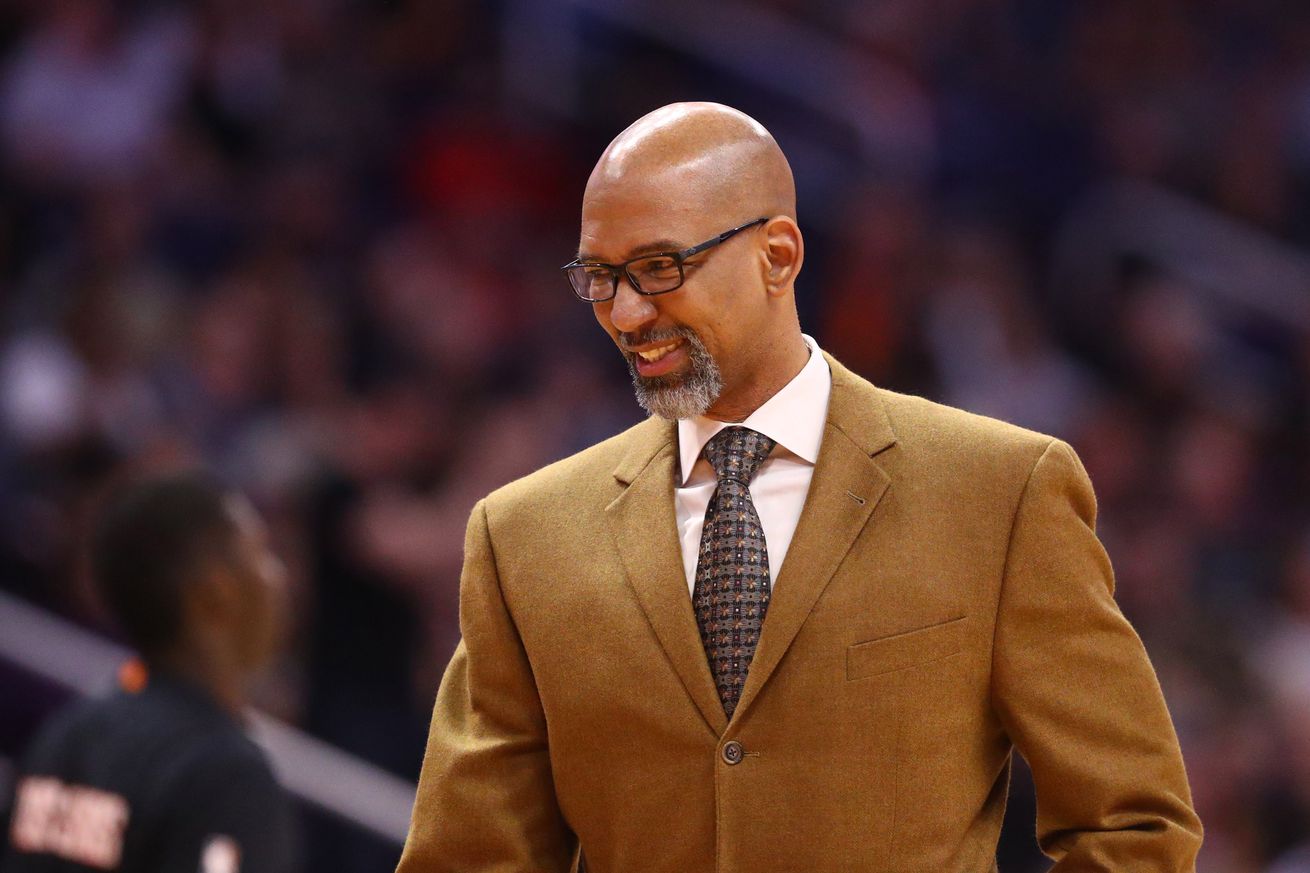 With Monty Williams at the helm, the Suns made tremendous progress and will finally have continuity heading into the 2020-21 season.

The NBA coaching market has a ton of talent on it this offseason. That’s what happens when about a quarter of the league’s teams make a change.

Indeed, the thrill of maybes pulls sports franchises back into the hiring process all the time. This time around, the Suns are not one of them, and it’s one case in which the franchise is undeniably better off for it.

While the chance to hire Kenny Atkinson or Nate McMillan or Alvin Gentry may have appealed to some Suns fans, continuity is a treasure that can’t be underestimated. After all, the past several offseasons have come with frustration over the Suns’ inability to stick with one person in that seat in favor of change for the sake of change.

The Suns stuck the landing last summer with the hiring of Monty Williams, and he more than earned the right to keep working.

Maybe you believe Atkinson’s player development success in Brooklyn could do wonders for the Suns’ roster or you like Gentry’s offenses more than Williams’. If you’re really nerdy about this stuff, there may be an assistant coach like Chris Finch or Stephen Silas who you believe could do better than Williams. In turn, I’d pose that the value of one voice staying in this locker room and Williams getting to see through his vision for this group, system and community is so much bigger than a shiny new toy at head coach.

Of course, the Suns were never thought to be on the outs with Williams. This was never in question. But it’s worth stepping back and realizing how meaningful that is. Should Williams make it through the Suns’ 46th game next season (basically a given), it will be the longest one coach has lasted in Phoenix during Devin Booker’s career, beating out the miserable record currently held by Earl Watson.

Think of the progress Williams made from start to finish during the 2019-20 campaign. By the time the Suns went to the Bubble, they were firing on all cylinders, a hyper-efficient and effective offense balanced out by a capable and improving defense. Nearly everyone on the roster got better. Fans rallied around the team in a way they haven’t in a long time. And Williams became a voice in this community on the sports side that the Valley hasn’t had in a long time — maybe ever.

We have to be careful to not overvalue competency. Being stable and acting like a capable NBA organization should not be what anyone roots for when they head to the arena or flip on their TV.

Make no mistake about it: The Suns have a real shot to make the playoffs in 2021. That was their purported goal in 2020, and they came one Caris LeVert miss away from doing it. That’s what they will shoot for in 2021. Keeping Williams around is not merely a feel-good story about a coach getting a second chance and giving fans warm fuzzies. He’s great at what he does.

Seriously, how many coaches would you rather have for this specific Suns group than Williams after what he did last season? I’d put Nick Nurse, Erik Spoelstra and Rick Carlisle in a top tier right now, with Steve Kerr, Gregg Popovich, Brad Stevens, Billy Donovan, Doc Rivers, Frank Vogel, Mike D’Antoni and Mike Malone right behind them. In my opinion, Williams belongs in the third tier alongside the likes of McMillan, Quin Snyder, Terry Stotts, Mike Budenholzer and Steve Clifford.

It’s hard to find someone much better than that.

As with free agency in the draft, it’s fun to imagine what could be. But the reality, finally, in Phoenix is that what currently is puts the Suns in prime position to be a pretty solid team going forward.

That has a whole lot to do with Williams. They landed their top target in 2019 and it paid off, and they are smartly letting him see out the work he began in 2019. For once, change is not necessary to fix this Suns team. They are on the right track, with the right guy up top to take them even further.