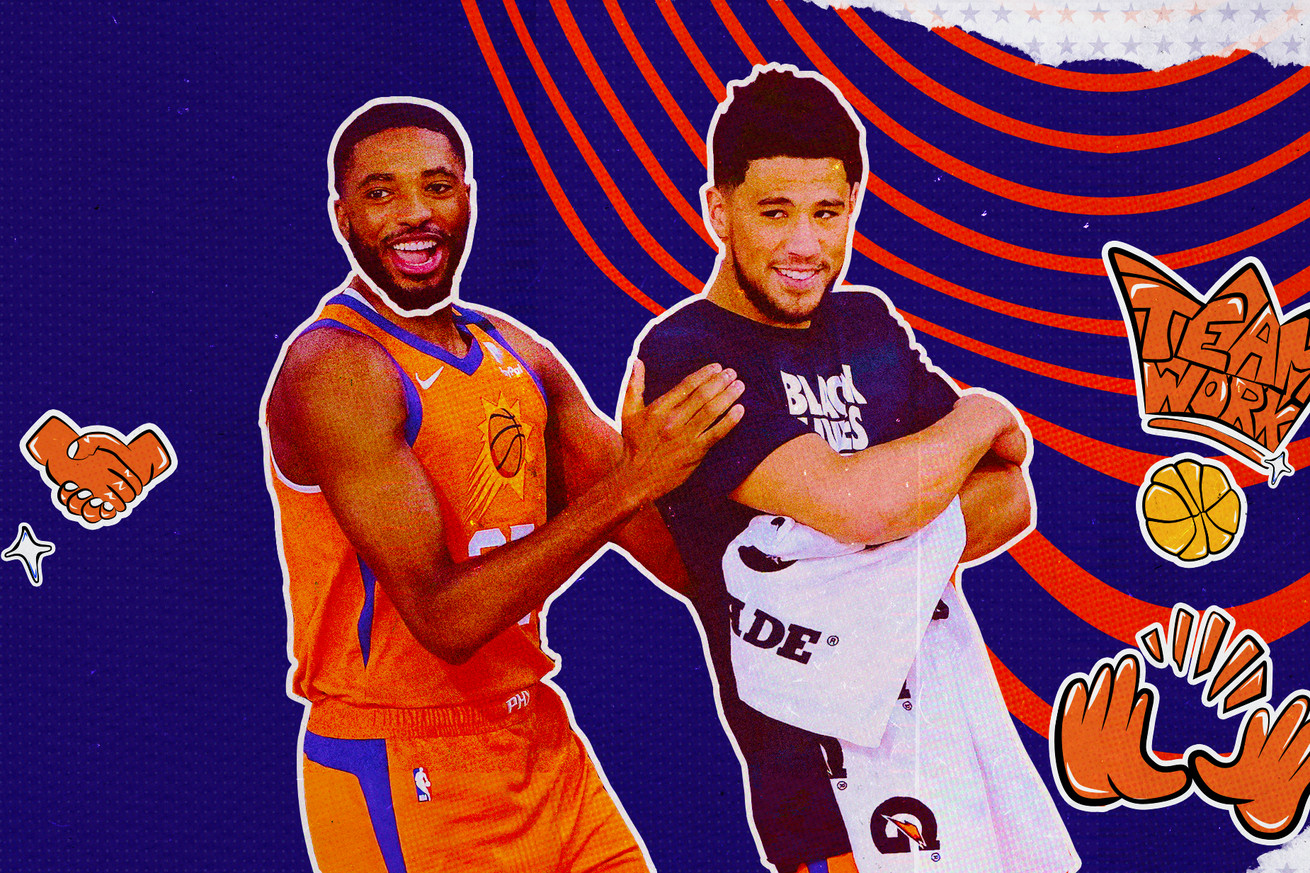 It’s been a painful 10 years for Suns fans.

This past decade has been the worst of times for the Phoenix Suns franchise. After making the playoffs in 29 of their first 42 seasons, the Suns have missed the playoffs for 10 straight years. TEN STRAIGHT YEARS.

To (hopefully) put a stopper on this painful decade, to exorcise the inhuman demons that spoiled the franchise, we will spend the day recapping the decade in the form of best and worst team-wide chemistry experiments with Suns rosters.

I am keeping this analysis on a team-wide level, rather than focusing on individual failures, because I don’t live my life pointing fingers at individuals. I judge the whole, not the individual parts. Because it’s the whole that really matters. So while we will mention individuals in each section, it’s their impact on the whole — team record, sustainability — that will be the deciding factor on grading team chemistry. Capice?

Without further ado, let’s recap the best and worst team-wide chemistry experiments of the 2011-2020 playoff-less decade.

New GM Ryan McDonough’s first roster gutting was supposed to yield a young, rebuilding team that would likely win less than 20 games. The roster was a mishmash of one-year rentals and young prospects led by a novice rookie coach who had no business winning games.

Yet win they did! The “playing stupid” Suns (actual P.J. Tucker quote after a big win, I swear) ran out to a 19-11 start, survived the loss of Eric Bledsoe, and finished 48-34 — tied for the winningest non-playoff season in league history. The surprising Suns had a grip on the 7th seed with less than a week to go, but Goran Dragic’s ankle injury and a team-wide bout of the yips doomed those final games and the Suns finished 9th.

Nearly every player on the roster enjoyed their career-best year, and they all seemed to love each other. Dragic was the golden boy, Gerald Green’s girl was buds with coach Jeff Hornacek’s wife, Bledsoe and the Morrii were the future and postseason recaps were just about incremental improvements for the next season.

But because of the short-term roster construction the only player among the 10-man rotation with more than a year left on his contract was Miles Plumlee. Most of them were free agents in some form the day the season concluded. You’ll see in the ‘worst’ section how money and impatience quashed that euphoria.

Over the last ten years, there’s only two chemistry experiments that shot fireworks of joy. And one of the two only lasted eight games. But what an eight games this was!

Amid a pandemic that forced the entire world’s population into lockdown, the NBA created a ‘Bubble’ of 22 teams to compete for playoff seedings and ultimately declare a league champion. The Suns were the 21st of 22, barely invited because the 26-39 Suns managed to stay within shouting distance of the 8th and final seed, and the NBA wanted some drama before the playoffs began.

The Suns were given eight games to make up a six-game deficit — a 1 in 10,000 chance. But in the spirit of Lloyd Christmas they made the most of that chance. Not one player complained about the weird conditions. Instead, they “locked in” and embraced the chance to prove themselves worthy of being a playoff contender. The youngest team in the league went 8-0, blowing out teams by more than 12 points per game on average, and came one failed jumper short of qualifying for a play-in game for that 8th seed. They were truly this close to breaking that playoff drought! The euphoria didn’t end in Orlando. After the season, three different players posted requests on social media to spend the rest of their careers in Phoenix.

What’s different about this 2020 Suns team from the 2013-14 team is that five of the top six players in the rotation have 2+ years left on contract, role players who love their role, and a coach/GM tandem who intentionally built this roster for the long term.

My first year with media credentials began with a fresh-faced Goran Dragic saying “why not?” about making the playoffs. Well, because he was surrounded by the likes of Michael Beasley, Wesley Johnson, Luis Scola, Marcin Gortat and Shannon Brown, that’s why. The Suns were so bad they fired beloved Alvin Gentry after an “abortion” (Gentry’s word) of a loss that dropped them to 13-28 on the year, promoting NeverCoached Lindsey Hunter for a limping finish that not only had Jared Dudley begging for massive roster change but also killed any hope for a under-24 future including Beasley, the Morrii and Kendall Marshall.

Hunter was fired. GM Lance Blanks was fired. Most of Gentry’s well-heeled coaching staff literally quit mid-season when Hunter was promoted. And only four of the players survived that summer’s roster purge.

As mentioned above, the 2013-14 Suns were a fireworks display that quickly became a dumpster fire. With most of the roster fighting over money in new contracts that off-season, why not bring in Isaiah Thomas to further engender angst over roles and playing time? Oh and let’s piss off the free-agent-to-be golden boy by turning him into a small forward in order to get on the court? As the season opened, Green and IT complained about playing time in their own ways while Dragic quietly seethed over his own demise. A token signing of his younger brother Zoran did nothing to ease Goran’s discontent.

Then the worst possible thing happened: despite a winning record at the All-Star break, Dragic blasted the front office and demanded a trade, which triggered the “oh my god” (Woj’s words) trade deadline fire sale that destroyed the team for years to come. That team, despite having “the best players coming or going” (McD’s words) in Markieff Morris and Brandon Knight, wilted from playoff contention to losers in 10 of their last 11 games.

While all this Hydra stuff was going on, the Morrii thanked the organization for their $52 million contract by starting their “Timeline of Self-Destruction” that bled into the next season too.

For the second summer in a row, McDonough swung big and mostly missed on free agency. And he managed to make matters even worse by dumping one of the Morrii for cap space they didn’t end up needing. That left Markieff Morris openly angry and playing awful basketball when he wasn’t traded by opening day, scuttling the entire 2015-16 season before it even started.

And for the second time in three years, the popular head coach and his entire coaching staff were gone by the All-Star break, replaced by a first-year player development coach and leftovers.

All the joy of 2014 was now gone gone gone. But at least we could look forward to some great picks in the 2016 Draft plus the (finally!) addition of combo guard Bogdan Bogdanovic from overseas! Yeahhhh…

But that is not all the worst chemistry experiments of the decade. Oh no, that is not all. How can we forget “I Dont wanna be here” after the team set an NBA record for losing margin in their first three games of a season (93 points in 3 games). The ongoing crown jewel of McDonough’s tenure, Eric Bledsoe, checked out on the Suns along with head coach Earl Watson when owner Robert Sarver gave Watson an ultimatum: dump your agent, or we dump you as coach. Bledsoe and Watson shared Klutch Sports agent Rich Paul, and they chose their agent over their team.

They added one more embarrassing losing season to the decade’s toll, and only had — by this time — gotten Marquese Chriss, Dragan Bender and Josh Jackson out of the last three years of abject losses. The only silver lining to the 2017-18 season was getting in position for the No. 1 overall pick in the 2018 Draft.

You turn to vote!

This sponsored post was published according to our guiding principles.