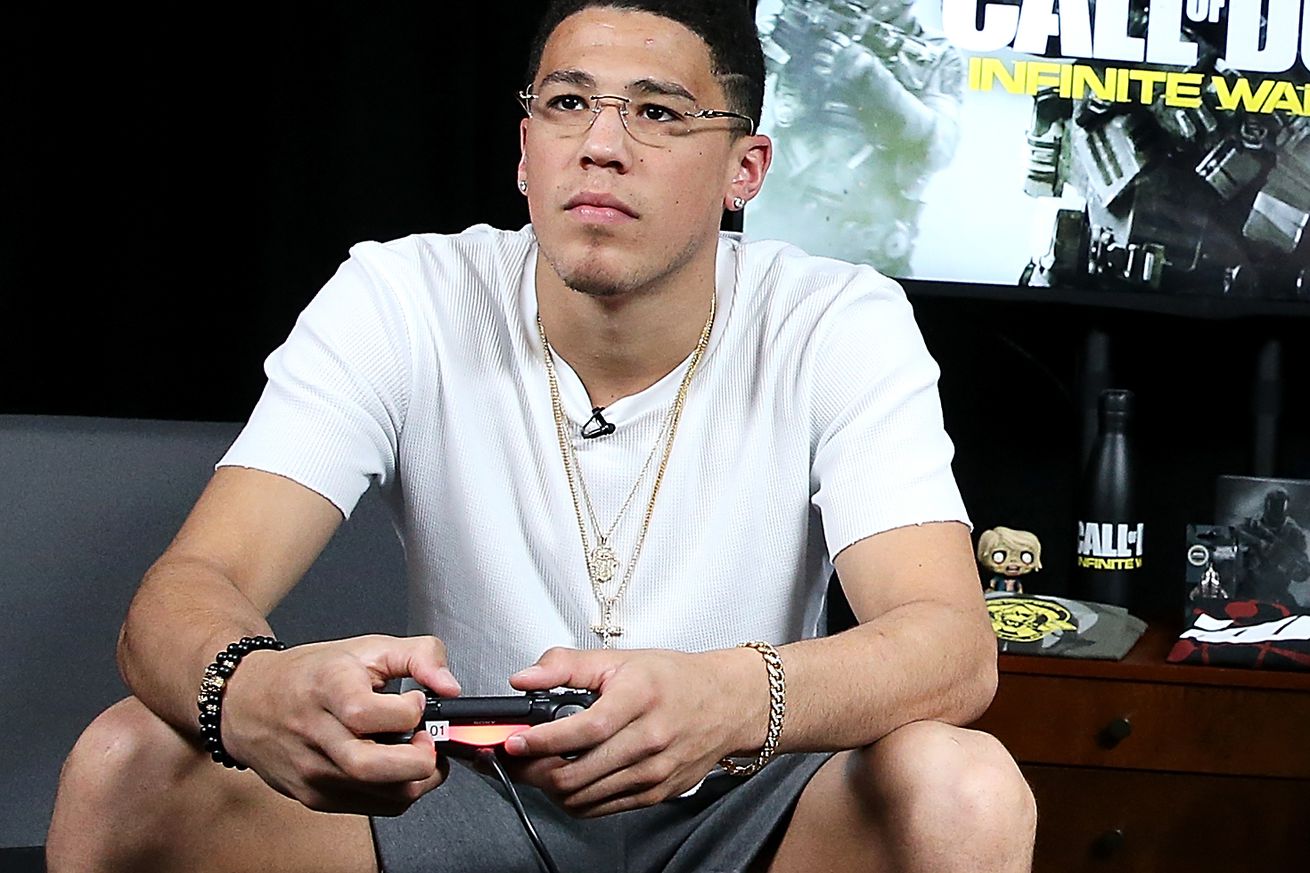 It’s ‘Video Game’ week at SB Nation, which has me asking, “Are the Suns chances in the playoffs akin to a Warzone match”? Let’s get nerdy.

Recent news has deposited optimistic thoughts in the brains of Suns Nation, as it may come to pass that the Phoenix squad will have an opportunity to compete for a playoff berth. The decade-long drought of post-season basketball may come to an end. And how fitting is it that in 2020, the year the world went crazy, that this chance exists?

It’s ‘Video Game’ week at SB Nation, and while other sites are asking readers what their favorite video game is, or why does NBA2k suck, I’ve chosen to go another route. If you are not a hardcore Call of Duty gamer, you might not understand the words that are about to fill this page. If you’ve never called in a UAV, spawned in the crosshairs of the opposition in Shipment, or shot some noob (virtually, of course) in the head and they lived, only to be killed by the ricochet of a knife, then this might not be the blog post for you.

Call of Duty: Warzone. It’s all the rage right now. It takes the Fornite survival gaming concept and perfects it (in my humble opinion). You are dropped from a Lockhead C-130 Hercules airplane into an extensive interactive map, parachuting to the place of your choosing, and have to survive using weapons and perks you find on the map. Whether you choose to go solo, join a group of three, or squad with quads, the goal is to be the last player/team standing. Time is running out, however, as the gas is rapidly closing in, shrinking the map minute by precious minute.

Sounds like the NBA playoffs a tad, does it not? It’s virtual bracketology!

If the NBA post-season were as easy as playing a match of Warzone, the Suns would be sure fire favorites to win the whole thing. Devin Booker alone carries with him a reputation (as well as 129,000+ Twitch followers) as a serious gamer. He won the NBA2k Players Tournament in April, and found out the NBA season was going to be suspended whilst playing CoD in March. Deandre Ayton and Mikal Bridges are no slouches either, both gaining notoriety for their skills on the sticks.

But alas, the competition will be played out in empty arenas in Orlando and the Suns have the odds stacked against them. If the 22-team format is approved, they will enter in 21st place. That is tough. How tough?

Let me put it into Warzone terminology for you…

Imagine you are dropped into Verdansk, playing trios (because that is the best way to play, mmmkay?). Your fellow teammate, who happens to be someone you’ve never played with, is the squad leader, and while you suggest via your headset that you should drop into the loot-rich airport area, he ping’s the dam.

Damn. That place has average weapons, bad sight lines, and the gas bubble never closes on it. But your call, Sir Squad Leader!

You jump accordingly. You find yourself plummeting towards the earth and deploy your parachute. It is at this moment that you glance at your radar screen, noticing the chumps you are playing with have no idea what they are doing. They stayed on the plane and chose to jump miles away from the designated drop zone.

You land near the dam, alone, with just a pistol in your hand. You can see that other teams who selected the dam area are falling near you, but they are landing as teams, ready to span out, loot, and defend their areas.

You sprint to the nearest building and open the first box you find. What do you get? An RPG-7. Yay. You still stand a chance, as you’ll have an opportunity to receive a loadout drop after the second gas circle collapse. But you’ll have to survive to get their.

The Phoenix Suns will be in a similar situation…

Having a healthy team is like receiving a loadout drop; it gives you everything you need to be successful. Although the team will be healthy (and we know that, when healthy, they can be dangerous), they will be fighting an uphill battle. Other NBA teams have had time to heal as well. Many of the teams ahead of the Suns in the standings have more talent. If you want to win, much akin to a lone solider in Warzone, it will take heart, determination, and skill.

We will return to many of the same challenges the team had prior to the COVID break:

But, like a guy camping in a concrete building in Northern Verdansk, there is hope. Sometimes that is all you need.