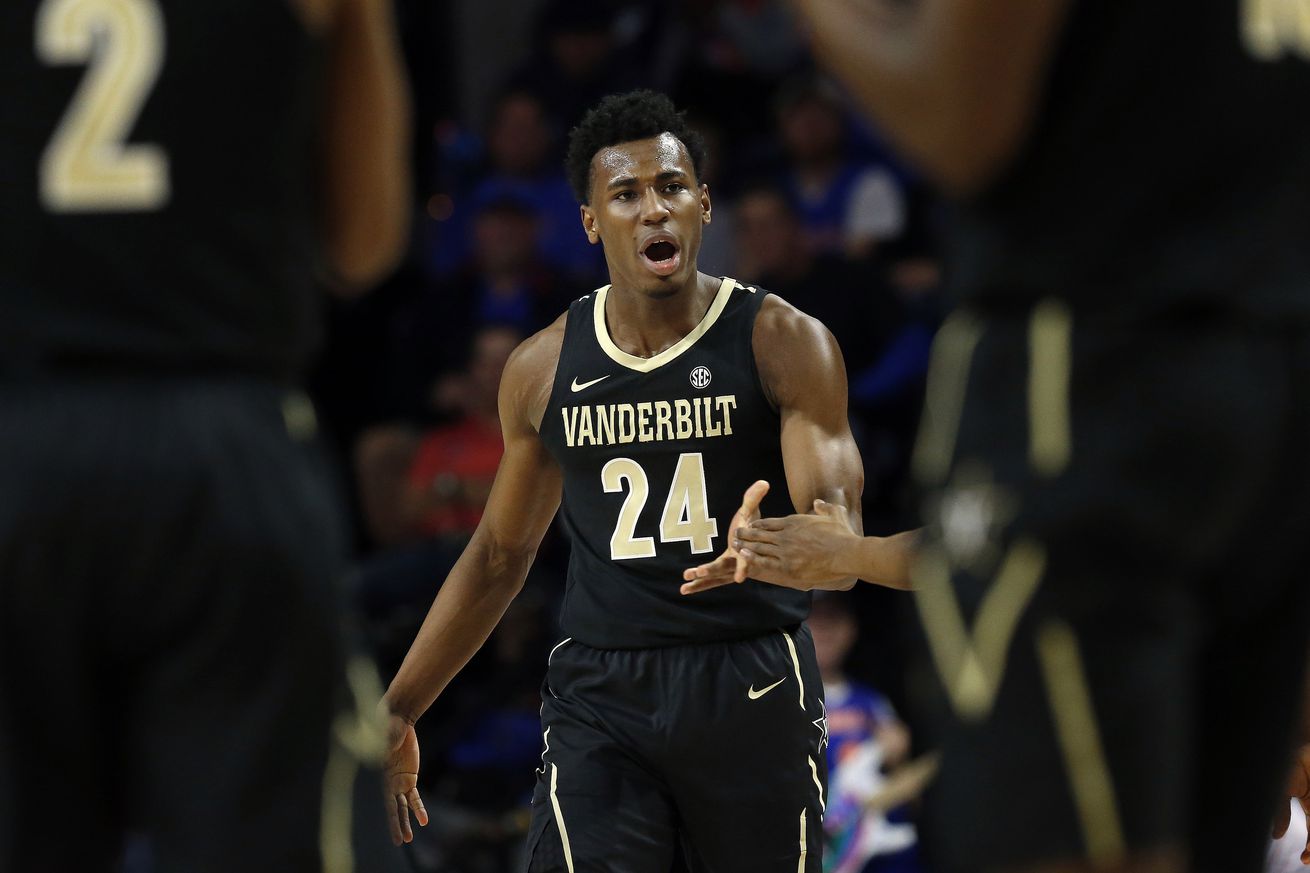 The other has the Suns going with Kira Lewis Jr.

If you were to project the most Cameron Johnson player in the 2020 NBA Draft, it would probably be Aaron Nesmith, the sharpshooting forward from Vanderbilt. Not only were they both among the best shooters in college basketball before being drafted, they both also were plagued by injuries heading into their respective drafts.

So it came as little surprise when two updated mock drafts slated Nesmith at No. 10 to the Suns on Monday morning.

Those came from Sam Vecenie at The Athletic and Jonathan Givony at ESPN:

Also thought this from Vecenie was worth considering. pic.twitter.com/13ROTpZUNK

As Vecenie notes above, many around the league seem to expect the Suns — if they keep the tenth pick — to pivot to a wing now that it appears fairly likely that they trade for Chris Paul. On the other hand, unless this deal gets done before Wednesday night’s draft, the Suns may also be selecting a player on behalf of Oklahoma City who then gets shipped to the Thunder when the trade is finalized. It’s all up in the air.

What’s also up in the air is Nesmith’s value and how good he’ll be as a pro. I would peg him a tick or two down from No. 10, probably better suited for the late teens, but he’s probably going to be a decent NBA player because he can shoot the lights out. But after a foot injury ended his college season early in conference play, it became difficult to fully flesh out the impact new head coach Jerry Stackhouse had on him. I wrote about that a bit back in the spring.

Despite obvious capacity to improve and the renown he brings from learning under Stackhouse this season, both of which the Suns will likely appreciate, he isn’t really the type of decision-maker or defender the Suns would prefer on the wing. That doesn’t mean they won’t ultimately draft him, but mostly this seems like draft reporters struggling to crack the Suns’ front office and penciling in the player who’s most like the guy they took last year.