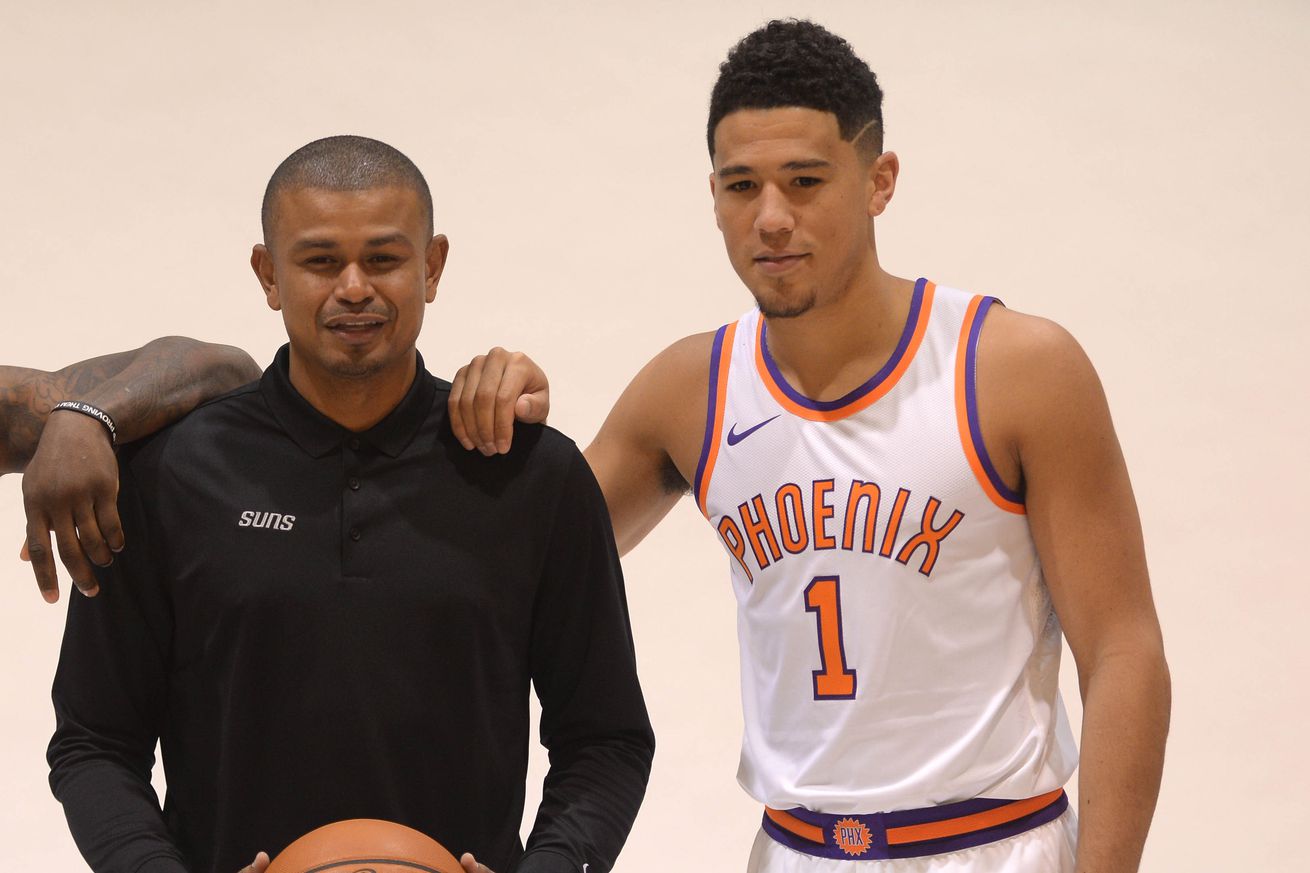 Hindsight is 20/20 and former Suns coach Earl Watson sees it clearly now who he really wanted in those drafts.

Stop me if you have heard this before.

The Phoenix Suns have really messed up some recent drafts.

It’s the truth and a big reason why former GM Ryan McDonough was shown the door. I’m glad James Jones is now GM and I’m eager to see how he continues to improve this team. He really nailed the Cameron Johnson pick, swishing it like Cam nets a triple.

Former Suns coach Earl Watson recently talked about a couple of those draft selections. Whether you choose to believe his words or not, that is your right. However, it’s fun to talk about what could have been.

Watson says he was very impressed by both Jayson Tatum and Jamal Murray during their workouts for the Suns prior to the NBA Draft. Tatum was in the 2016 Draft, while Murray was in 2017.

On the possibility of adding Tatum, which he called a “non-pattern scorer”, to Devin Booker and T.J. Warren, “We might not be good defensively because they’re so young, but you’d better be ready to score 130.”

After Tatum nailed about 40 straight corner threes showing his natural shooting ability, Robert Sarver reportedly stopped the show and demanded Jayson do something else. Sarver later helped direct the Suns attention elsewhere even before Draft night. Tatum recently recounted how badly he wanted to play in Phoenix after meeting coach Watson, but was taken a pick ahead by the Celtics at No. 3 overall anyway.

Murray impressed Watson with how calm he could be under pressure — “he’s a gamer” — and displayed great shooting ability as well. Watson said he knew he’d be successful. “How can we get him too?” Watson said of Murray and Tatum, after incorrectly recalling them being in the same draft.

Instead of getting either of those two, Phoenix “tricked” Celtics GM Danny Ainge into picking Tatum so Josh Jackson could fall to them and a year later picked Dragan Bender over Murray who was still on the board.

We all know how that worked out. Jackson and Bender are both off the team and neither is showing serious hope of having a successful NBA career. I hope they figure it out because I don’t wish ill on anyone but it’s very clear that if Watson’s words are true, the Suns made two significant misses and it really sucks for us fans that we can’t enjoy seeing Jayson and Jamal in Phoenix.

Imagine a core consisting of Jamal Murray, Devin Booker and Jayson Tatum. That has to be a lock for a deep playoff team. Yes, I’m happy with what we’re building now but oh, what could have been.