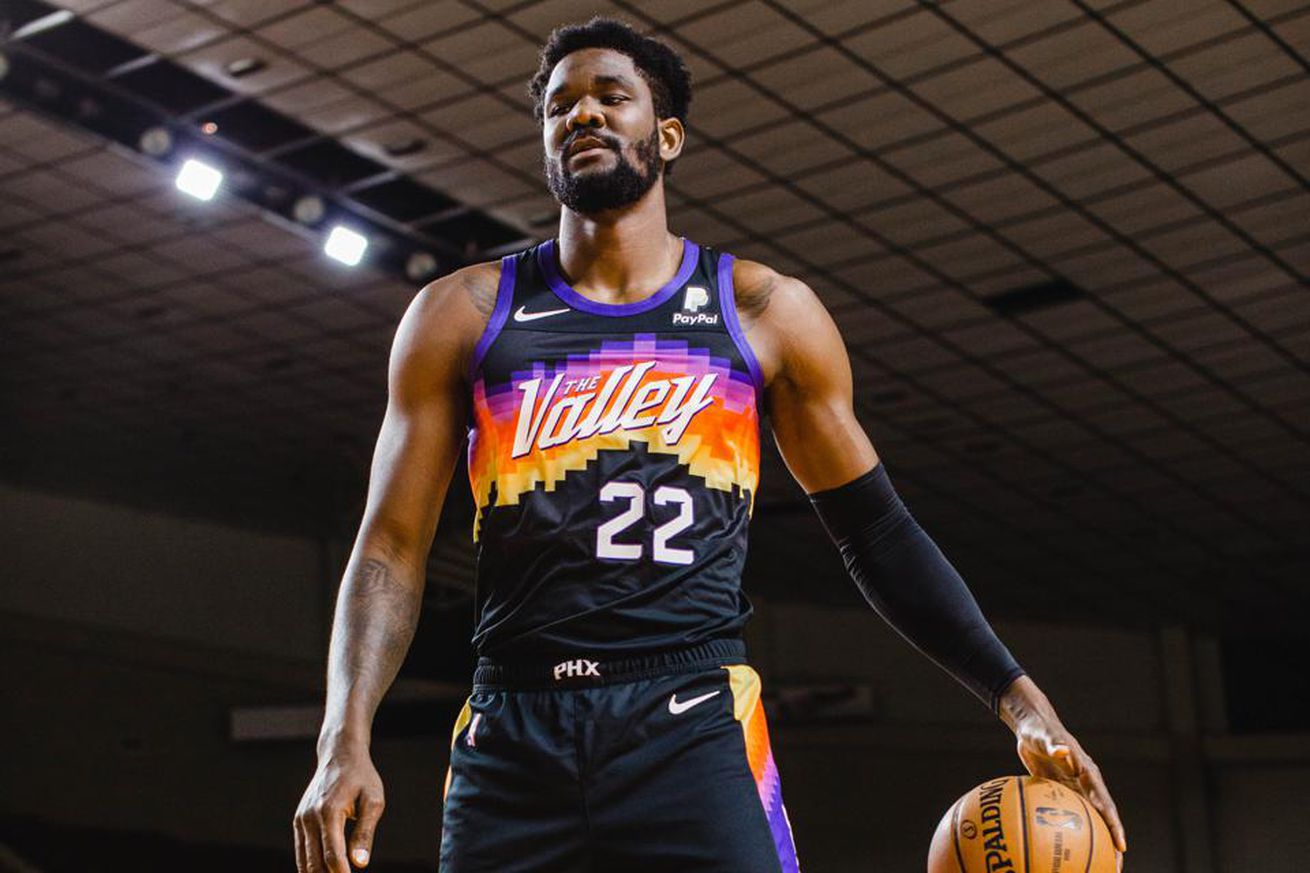 Change is in the air in Phoenix.

No, I am not referencing the fact that the actual air has finally cooled following a record-setting summer, although that has been quite nice.

The change is to the perception of the senior professional sports team in the Valley of the Sun. For the first time in many, many moons, the sun is shining on the franchise here since ‘68.

The stadium formerly known as Talking Stick Resort Arena is in the middle of an impressive renovation. The Suns have a new $45 million training facility located in Arcadia (which makes this Arcadia High School alum proud). All-Stars are linked to the organization and interested in coming to Phoenix.

Now a new City Edition uniform embraces the fabric of the team, the city, and the culture.

The Phoenix Suns released their newest City Edition uniforms on Thursday to much fanfare along with a potential new tagline, #WeAreTheValley. Kudos to the Suns marketing team for the concept, production, and execution of the release.

We support The Valley.

We play for The Valley.

The Suns asked fans to change their Twitter profile picture to celebrate the new release. If you are a fan of Suns Twitter, notifications yesterday were rather confusing.

We encourage our fans to change their profile picture with us today ☀️ https://t.co/y8QqOJZLho

The uniforms are uniquely Phoenix with their usage of “The Valley” moniker. The pixelized silhouette of Camelback, the granite and red sedimentary sandstone mountain that the new training facility resides in the shadow of, is distinctly local. The sunset is a nod to the beauty of how we say, “good-bye” to the sun each night: with a palette wonder and of splash of brilliance.

Following a leak of the jersey on October 28, the Suns marketing team began enticing the fan base with the possibility that the images may be true. I am sure there was plenty of pivoting by the organization when these leaked occurred. Time, creativity, and money goes into these campaigns and the release is the culmination of these efforts.

To wake up and see a leak could have triggered panic mode. The Suns handled it flawlessly.

At first we thought their Tweet was simply was showcasing the love Kelly Oubre had for rhinestones and white horses (who we later would learn via ESPN’s Zach Lowe was named “Ghost”).

Upon further review, Tsunami Papi was rocking the new City Edition threads underneath his leather jacket. Subtly the design was making it’s way through the fan base and the majority of the feedback was positive.

The Suns and Spurs city edition jerseys are absolute

The tease continued last week as the team released video of player reactions to the new threads. The excitement they display for the new threads is infectious, like a child opening their presents on Christmas morning.

Many a meme has been create using these responses.

You may have seen it… but you haven’t seen it all.

And now they are here.

What makes this uniform set truly unique is the input the player had in their creation. As Zach Lowe chronicled in his ESPN piece, Kelly Oubre was a driving force. “We needed the black jerseys,” Kelly said. “And they heard our cries.”

Different mock ups were created using numerous fonts, scripts, and variations of the words “The Valley”.

Ultimately what we received was a combination that drew upon all of the above. A black jersey. A Phoenix sunset. The Valley.

The shorts, an area that some have noted is the “make or break of a uniform” were one of the areas of emphasis for many Suns fans with Thursday’s release.

Best look at the shorts. I give them a 9.5/10. Would have moved Suns in place of PHX and kept burst by itself. pic.twitter.com/rv7j4PWzbd

Everything put together and these are uniforms I can get behind. Where do I give the Suns my money? But I turn to you, Bright Side faithful. Where do you stand on these uniforms?

Let’s get a little Cold Stone Creamery with this question: