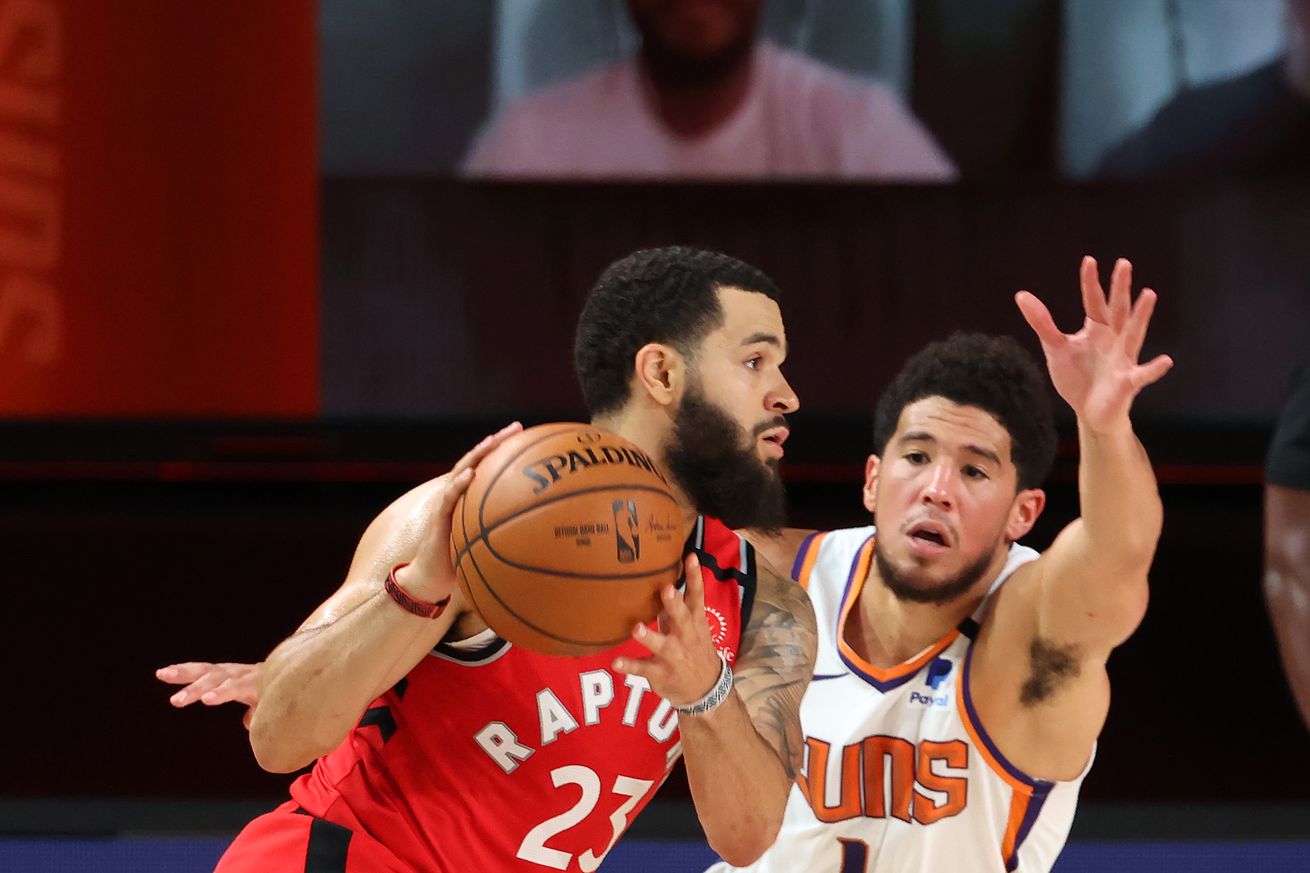 A run-through of how much each NBA free agent could make shows what the market will be like for the Suns.

Latest rumors out of the league is that free agency could start as early as November 20, just two days after the Draft.

As it stands right now, the Phoenix Suns could have as much as $18.7 million available to spend on free agents. That number assumes the Suns stand pat in the Draft to take a single player at No. 10 overall, while allowing all of their pending free agents and team options — Aron Baynes, Dario Saric, Frank Kaminsky, Cheick Diallo, Jevon Carter and Cameron Payne, Elie Okobo — to walk away and clear off their Bird Rights cap hold.

In that case, the Suns depth chart entering free agency would be

That’s five starters, three role players and one rookie. Hardly a deep team, and at least four short of the league minimum number of roster players.

One avenue for improvement would be to spend up to $18.69 million on veteran free agents, then use the $2 million ‘cap room’ exception for veteran, then use ‘minimum salary’ exceptions to round out the roster. Last year, the Suns had five players on minimum salary deals.

Who could the Suns add to improve the team: either by boosting the starting unit, bumping a current starter to the bench, or add someone(s) to bolster the bench behind the current starters?

A recent article by Bobby Marks, former assistant GM in New Jersey, gives us some insights into player values on the open market this December, assuming the salary cap staying at last year’s $109.1 million.

This list is not all-inclusive. I considered only the players that I, personally, think would be good fits on the team and/or that other Suns fans have mentioned as good fits.

Here is Bobby’s full list on ESPN, behind the pay wall.

If the Suns go the “cap space” route to free up all this money, they would only be competing with five other teams for the top 7 best fits on this list.

If the Suns keep their guys and go the ‘over the cap’ route (explained in the final section of this article), they would have to ignore the top 7 below, and compete with all 29 other teams for the guys listed 8th and below on this list.

Best of the best…

If the Suns are not going to target a player above this line, and they only want to add one of the following players, then they might as well keep their guys and operate as an ‘over the cap’ team with the use of the mid-level exception.

Here is your mid-level exception line…

By comparison here’s the Suns free agents to be. These guys have varying levels of value this off season, with only Dario, Aron and Frank expected to get more than league minimum.

*Note: The Suns have also a league-minimum team option on Cameron Payne with only a few bucks guaranteed. They may release Payne to use his $1.9 million in a free agent, then re-sign him later to a cap exception at the same price. If you want to keep Payne under his team option right now, you need to subtract $1.9 million from the total available.

Always fun to keep tabs on the ones the Suns let get away. The total Suns “haul” for these 15 guys nets out to about 0 in assets.

And this is only the guys who are free agents this offseason with some contract value to NBA teams, per Bobby Marks. More former Suns players exist, but they are either under contract, out of the league, or no longer project to have value for a guaranteed NBA contract.

The Suns could go nuts and turn over half the roster, which is what they and the rest of the NBA usually do every year anyway.

Conversely, the Suns could basically stand pat, keep the rights to Dario and Jevon, guarantee Payne and the No. 10 pick, and even hold the Bird rights to Baynes. If they do all that, they would operate as an ‘over the cap’ team with the ability to go over the cap with with using the mid-level exception (about $9.3 million) and bi-annual exception (about $2 million) like 25 other teams in the NBA, and could even use Bird Rights to re-sign Baynes to a market rate number.

The problem with being an ‘over the cap’ team is you’re competing with all 29 other teams for the same mid-to-low level free agents.

By going ‘under the cap’, the Suns could compete with only a few teams for the best free agents on the market before trying to bring back some of their favorite minimum value guys.