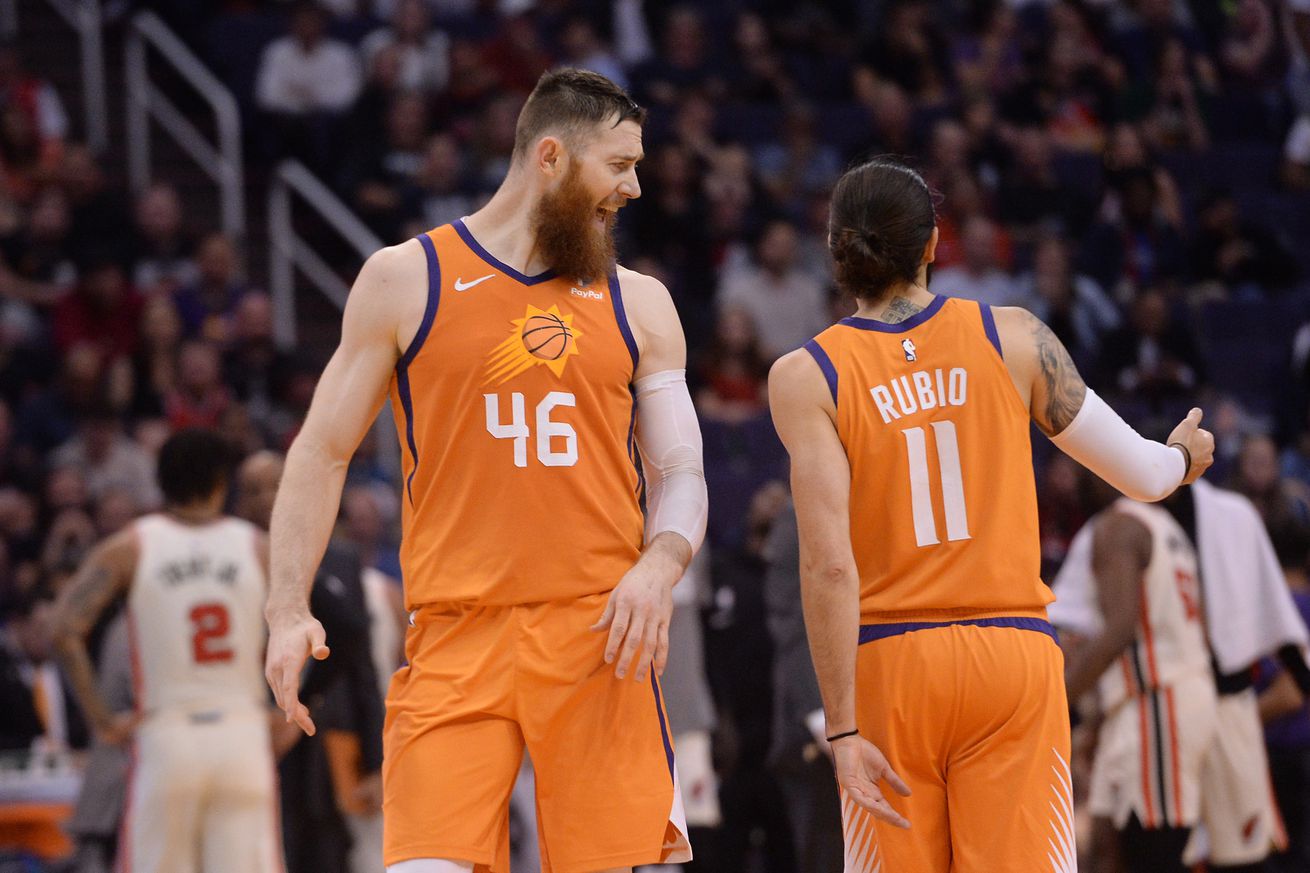 Finally, we have basketball back!

The Phoenix Suns have, for federal HIPAA regulation reasons, been quiet about who is healthy and who is not as the team approaches their first “game day” in more than four months.

But with the first preseason-ish scrimmage today, the Suns finally came clean on status of player availability. Let’s go through it, and how that affects the rotation.

Rubio just joined the Suns this week after recovering enough from the novel coronavirus (COVID-19) to make the trip, but he has hardly played any basketball in four months. He even missed most of the solo workout period in Phoenix before they traveled to Orlando due to the illness.

Rubio is old now (will turn 30 later this year) and will need more time to work through the process of getting in shape. Don’t expect to see Rubio playing his usual 30+ minutes a night. I’d expect maybe 10 minutes total in today’s scrimmage, and 25 or so minutes per game once the seeding games start.

The Suns have not said why Okobo is not with the team in Orlando. We just know he’s not there yet, but might join the team in the coming weeks.

Without the primary backup point guard for most of the season, and considering that the Suns coaches see Jevon Carter as a combo guard defensive dynamo and Ty Jerome told media he is practicing his off-ball catch-and-shoot game, it is quite possible that you will see a ton of new signee Cameron Payne running alongside Devin Booker when Rubio sits.

Payne is the best passer and most NBA-mature of the backup options behind Ricky Rubio. The problem is that he can’t shoot or create his own contested shot any better than Jevon Carter can. So we get to continue the tradition of gawdawful shooting from Booker’s running mate.

We might also see Devin Booker with more of a ball-handling role, but I would not expect that on opening night of scrimmaging.

Aron Baynes — OUT (not in Orlando yet)

He says he is recovered from a month-long battle with the virus, but Baynes still has not tested negative on daily tests and just barely has been able to work out again with his usual energy.

Baynes says he has hardly picked up a basketball since the NBA shutdown in March, but can’t wait to join his teammates in Orlando as soon as he tests negative on consecutive days.

Without Baynes in the lineup, expect Dario Saric and Frank Kaminsky to get the bulk of the backup center minutes behind Deandre Ayton. That means the Suns defense will be worse, but their offense could improve with constant long-range bombing (especially from Frank).

Coach Monty Williams says that Oubre looks good but has not yet joined the team on the floor when they run in pickup games or full-court practice. Chances were always small that Oubre would be cleared to play in Orlando due to his rehab from knee surgery.

Without Oubre in the lineup, expect an even distribution of extra minutes from several players. All of Mikal Bridges, Cameron Johnson, Frank Kaminsky and Dario Saric will get bigger roles to fill in for Oubre in his swing-forward minutes.

Everyone else is good to go!

All of the rest of the regular rotation players are available and ready. My guess at minutes distribution for today’s 40-minute scrimmage:

Scrimmage today versus Utah Jazz at 5:00pm Arizona time is on Fox Sports Arizona (TV) and 98.7 FM (Radio). Not sure about NBA TV or online feed availability for out-of-market fans.