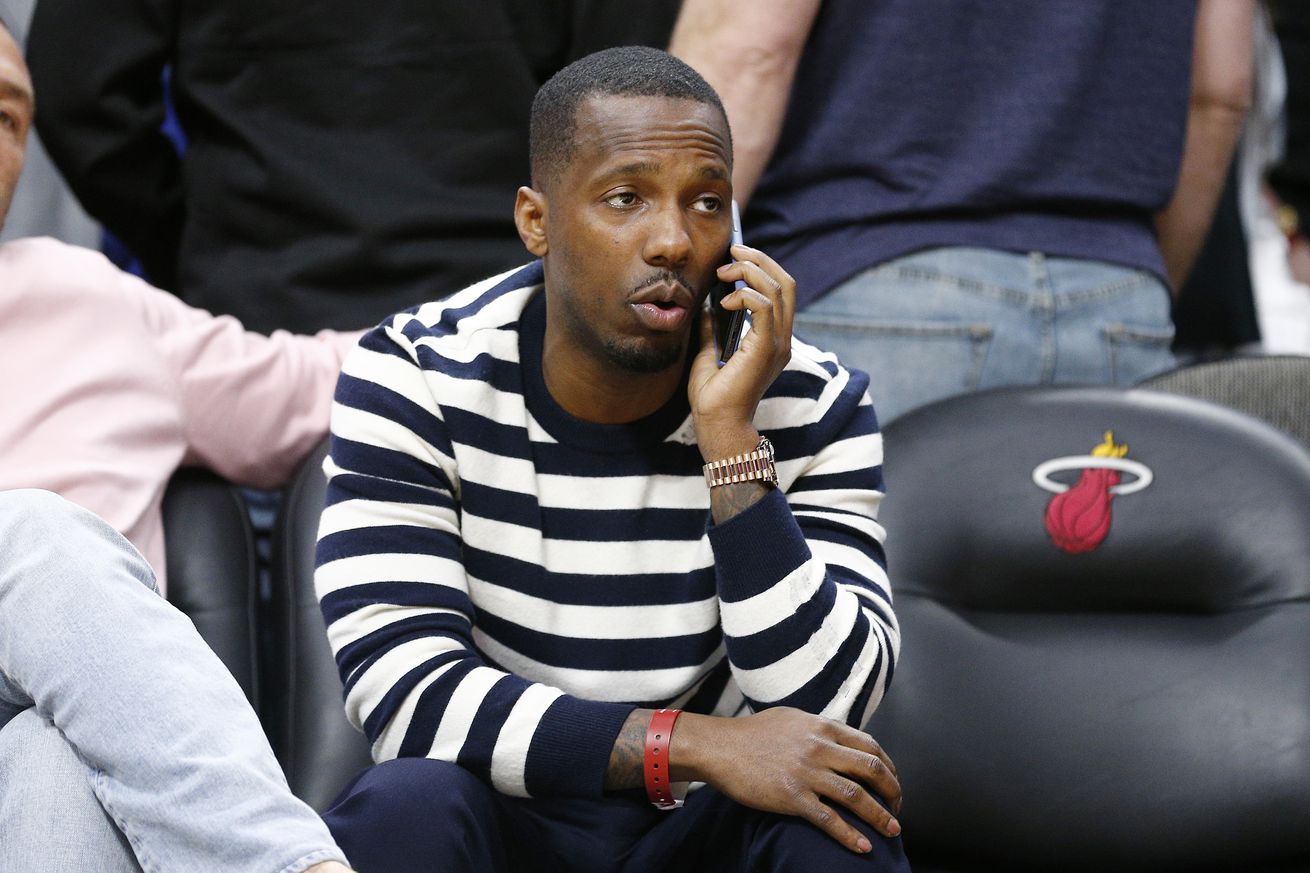 Klutch Sports and Robert Sarver may not be on speaking terms.

As it currently stands, the Phoenix Suns are riding a wave of momentum.

8-0 in the bubble. Monty Williams winning the coach of the bubble award. Devin Booker scoring 30 points per game in the most meaningful games of his career.

On paper, the Suns should have absolutely no trouble recruiting free agents this winter. And indeed, several prominent names have already been linked to Phoenix.

But for as much progress as James Jones has made in rebooting the franchise’s culture, he may still find one select group of free agents impossible to reach. Who is that, you ask?

The clientele of Klutch Sports, AKA Rich Paul.

It’s old news. It should be way behind us now. But in case you forgot, here’s a reminder of what happened the last time Phoenix had a Rich Paul client on its roster. From Dan Bickley a couple of months back:

Agent Rich Paul went fishing for a contract extension for point guard Eric Bledsoe. He framed it as a way to soothe his client’s unhappiness over the Suns’ treatment of Bledsoe the previous season, when the Suns shut him down near the end of the season in an effort to tank games.

It became heated and personal between Paul and Sarver. Paul knows how to push buttons, Sarver doesn’t back away from confrontation and chaos ensued. It was increasingly awkward, as Paul also represented head coach Earl Watson.

Sources say Sarver took an extraordinary step, giving Watson 10 days to fire Paul or Watson himself would be fired.

Watson talked to his lawyer. He talked to former players. He decided, as a young Black head coach, that he could not fire a young Black agent just because the owner said so. Not without losing a big chunk of his credibility.

Sarver has a different recollection. He says he counseled Watson to fire his agent, as Paul’s adversarial dealings were again inflicting damage on the organization.

Regardless of your opinion on Earl Watson’s coaching abilities, the story goes that Robert Sarver put his young coach in an incredibly uncomfortable position by asking him to choose between his job and his agent. We have no confirmation that Rich Paul holds a grudge to this day, but frankly…why wouldn’t he?

Now, the relevant part to 2020. As Klutch Sports continues to grow its presence year-over-year, here’s the list of Paul’s agents hitting the free agent market:

I like some of those guys, but selling a Rich Paul client on Phoenix is tough. Wouldn’t get my hopes up on any of them.

You may have no interest in some or even most of those guys. But, there are talented players there. John Voita did an in-depth breakdown on Montrezl Harrell for us a week ago. Jordan Clarkson is a player who could provide much-needed scoring and self-creation off the bench. Nerlens Noel and Tristan Thompson could be considered for frontcourt depth, should the team fail to re-sign Aron Baynes or Dario Saric.

Now, I’m not saying that any of these players are unattainable. Money talks, and the Suns happen to have a lot of money this offseason. At the end of the day, Rich Paul has a vested interest in his clients making the best possible financial moves.

However, say a player like Jordan Clarkson receives two offer sheets of an equal amount from a team like Atlanta and a team like Phoenix. Don’t you think his agent will advise him that one franchise is grossly micromanaged from the top in a way that is not entirely professional?

The point is, Klutch is growing. Maybe this isn’t something that matters to you for this free agent class. But you can’t ignore it forever, because eventually there is going to be a difference maker who chooses another market over Phoenix because of this organization’s reputation.

And this is precisely why James Jones plays such an integral role in bringing the Suns back to relevancy. As a deeply respected former player, he must convince free agents that by signing with Phoenix, they are choosing his vision for what the Suns could be (in conjunction with the visions of Monty Williams, Jeff Bower, and Trevor Bukstein). It can’t be Robert Sarver’s vision.

And if that pitch doesn’t feel genuine? One bubble run just isn’t going to do the trick.

Keep an eye out on this over the next month as we approach free agency. I don’t know that any of the available Klutch free agents are my preferred targets. But if we don’t even get any rumors that any of them are on the team’s radar, that could be interpreted as a bad sign.