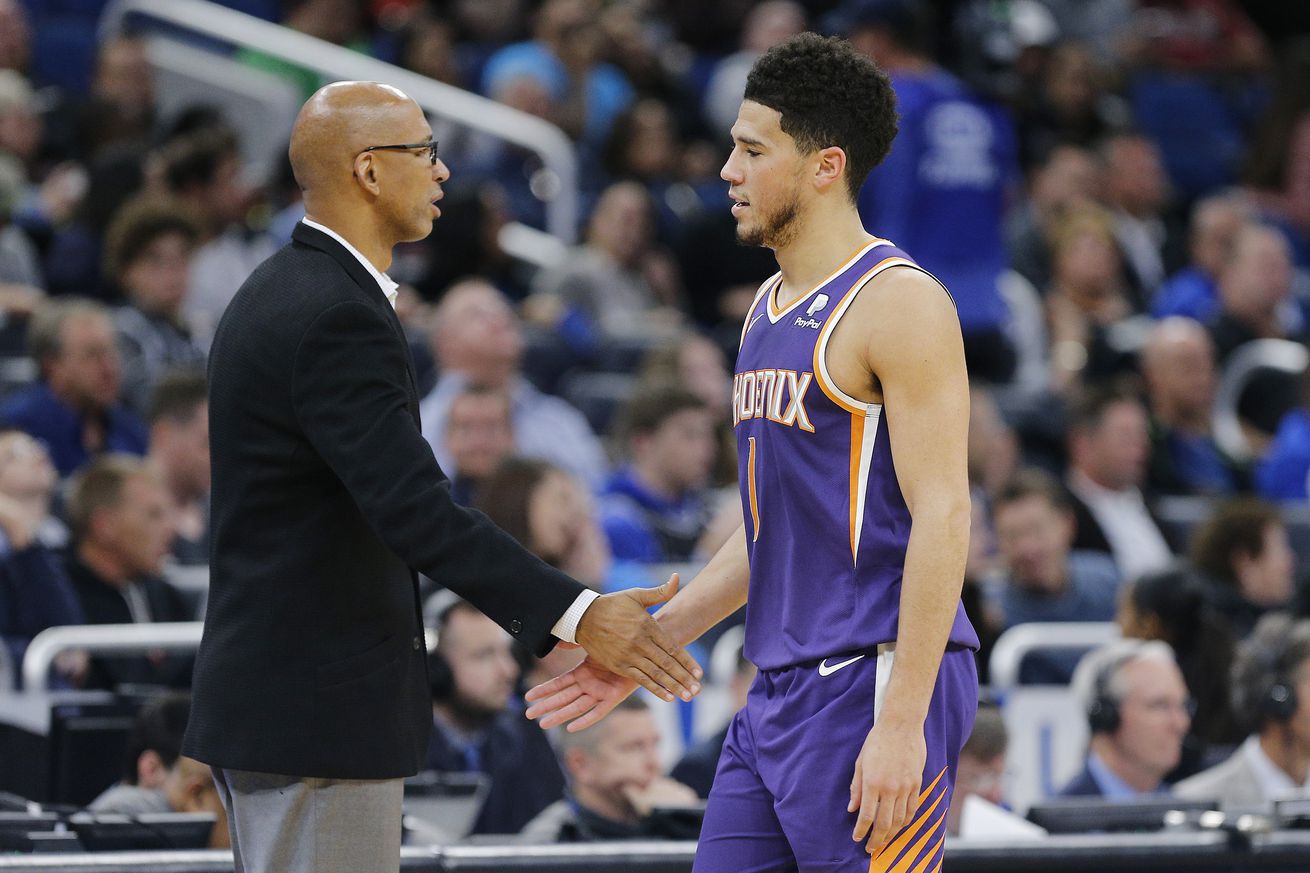 The Suns are one of 22 teams that will be part of the NBA’s return to the court from July through October.

After weeks of discussions between the NBA, its owners, players and agents, the league is settling in on a structure that would include 22 teams competing in Orlando with a full playoffs, should the current version of the plan be approved during a Thursday Board of Governors Meeting.

The news comes from ESPN’s Adrian Wojnarowski, who also added clarity to exactly how the “season” will play out.

So the NBA’s inviting 22 teams to Orlando: 13 Western Conference, 9 Eastern Conference. Eight-regular season games per team. Play-in for the 8th seeds. July 31-October 12. Vote tomorrow to ratify.
The NBA’s back.

So eight more games, finishing out the 70-game threshold for local television revenue, and a possibility that the Suns make the playoffs. (And no, this does not count as the Suns making the playoffs. Stop that.)

One more semantic detail that isn’t so small: What is the schedule? For instance, the next eight games for the Suns included a game against Minnesota that now can’t happen because the Timberwolves won’t be coming to Orlando. Who plays whom in this abbreviated regular season finish obviously will determine whether anyone gets close enough to the Magic or Grizzlies to get into a play-in tournament for the eighth seed.

Here are the details on that, per Woj:

If anyone gets within four games of the Grizzlies (assuming they can keep their lead), that team will play Memphis head to head and has to beat them twice to get in. On the other side of the bracket, Orlando holds a six-game lead over Washington, so the Wizards actually have a decent shot of getting close enough to put together a run, but they’re also the worst team coming to Orlando, so their schedule will be tough.

From a Suns perspective, the most important thing here in my opinion is the experience. Deandre Ayton will get at least eight more games from his lost second season. Kelly Oubre Jr. might come back. Ty Jerome gets a chance to salvage his rookie year. And the roster as a whole gets full-team practices and competitive basketball again, rather than an endless offseason that drifts from March to January.

Teams will start to come together in home markets soon, and then make their way to Orlando some time in late June or early July, at which point they’ll do another few weeks of training before the games start. Basketball!